Bosnian bone-hunter: No punishment is enough for Mladic | Europe| News and current affairs from around the continent | DW | 22.11.2017

Bosnian bone-hunter: No punishment is enough for Mladic

Almost a year since the trial of Ratko Mladic was adjourned at the Hague Tribunal, a verdict is expected. Those who suffered directly or indirectly at his hands are keenly awaiting the judgment on Wednesday. 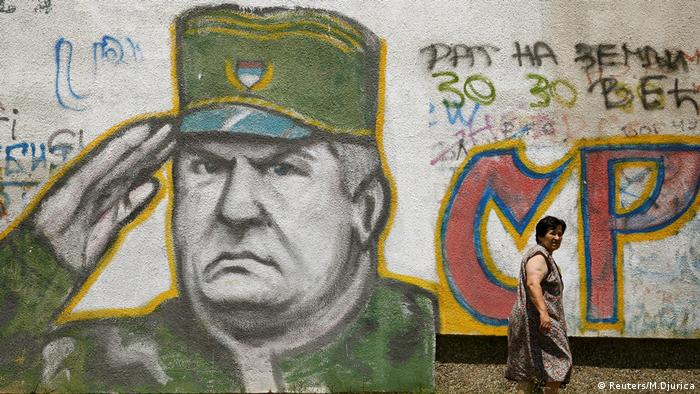 Ramiz Nukic survived the slaughter in the eastern Bosnian town of Srebrenica.

In July 1995, after besieging the entire enclave of Srebrenica, which was a UN-protected safe haven, Bosnian Serb troops, commanded by Ratko Mladic, attacked the area and entered the town. The following days brought something no one was expecting — the world's worst atrocity since World War Two. Up to 8,000 Bosnian Muslim (Bosniak) men and boys were killed in an organized bloodbath in the wider Srebrenica region.

Ramiz is one of those waiting for the verdict on Mladic, who was indicted by the International Criminal Tribunal for the former Yugoslavia (ICTY) in the Hague for war crimes and atrocities during the 1992-95 war in Bosnia and Herzegovina.

But he does not seem to be very excited about it. 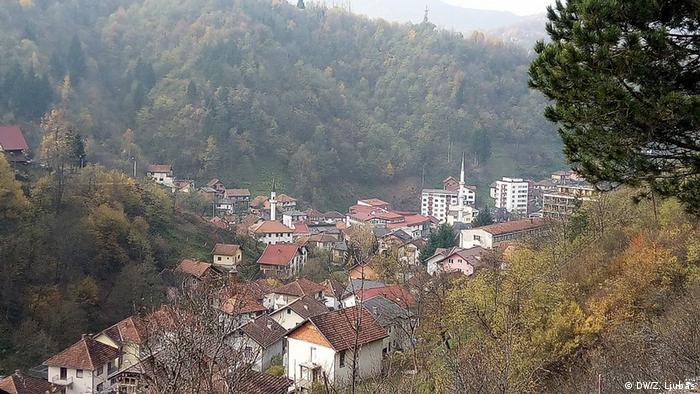 Srebrenica: The scene of a terrible atrocity

'No one can bring back the victims'

"The war criminals will be punished, but will anyway get out of prison one day, while the victims will never come back," Ramiz tells Deutsche Welle.

While trying to escape Bosnian Serb troops, Ramiz lost his father and two brothers, one of whom was still a boy. "Everyone should face justice; courts have their powers, but no one can fulfill my wish to bring me back my father and my brothers. No matter how they punish Mladic, it will not be enough for me," Ramiz says.

He says he has found better justice in searching for bones of the victims, innocent people who should not be forgotten. "We should remind our children and our grandchildren of what happened here, and that they should never forget the victims so that something like this never happens to anyone again," Ramiz says.

According to the Missing Persons Institute of Bosnia-Herzegovina (MPI), some 7,000 people are still unaccounted for, including some 1,000 victims of the Srebrenica massacre. There are now seldom reports of new mass graves, as Lejla Cengic, a spokeswoman for the MPI told DW, but "the institute is not giving up its search for the missing and the truth in order to help the families of the victims to find and bury their dear ones and find peace." 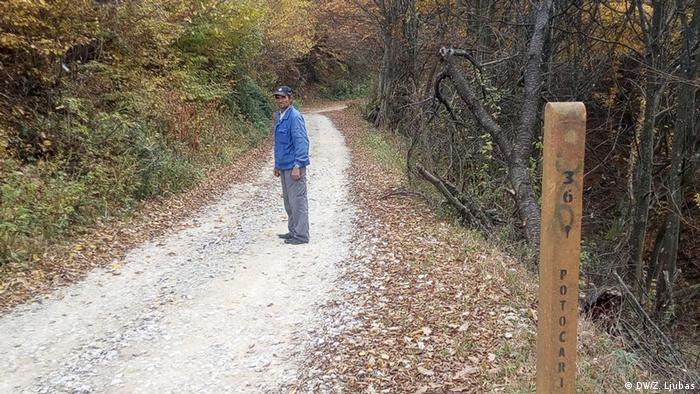 Searching for bones to find justice

Seven years after the Srebrenica massacre, in 2002, Ramiz decided to return to his home in a village on Kamenicino Hill in Bratunac municipality near Srebrenica, which, after the Dayton Peace Agreement ended the war in the Balkan country in late 1995, was left in the Bosnian Serb entity called the Srpska Republic.

He has been jobless since then, so he farms a piece of land where he keeps a dozen sheep, some chickens and a cow.

He says he was not able to find peace because he could not stop thinking of his father and two brothers. Where were their remains? So, soon after he returned to his village, he decided to try to find them, to find their remains. He remembered they became separated in the woods up in the hills above his house. He managed to survive and reach the territory that was under control of the Bosnian (Muslim-dominated) army at the time but was told a few weeks later that his father and brothers had not made it and had been killed.

Equipped with a wooden stick, Ramiz Nukic started searching nearby hills and woods. He says he was appalled by the number of skeletons and bones he saw there. 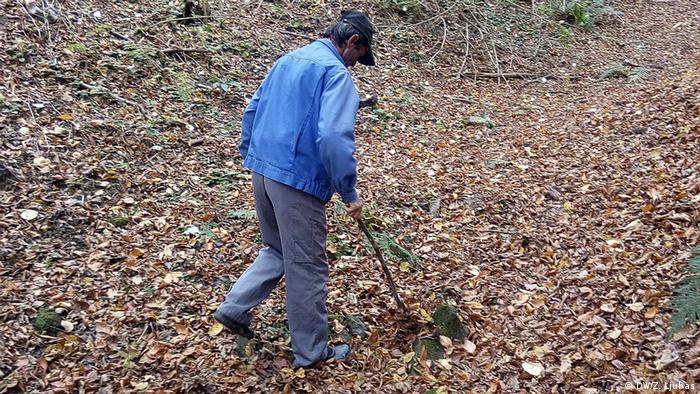 "Bones being bones, it was difficult to recognize whether they belonged to my father and brothers, but with so many bones scattered in the woods and streams, I decided to collect them," says Ramiz. He also decided to inform the MPI about his activities and called it each time he discovered new bones so that the experts from the institute could proceed with identification. So far, he claims, he has collected more than 250 complete and incomplete bodies.

However, Ramiz did not manage to find his father and brothers. A few years after the war, their remains were discovered in a mass grave in Liplje, near the northeastern Bosnian town of Zvornik.

"I buried them in (the Memorial Cemetery of) Potocari, and now I am calm. I have a feeling that they are here with me," Ramiz says. 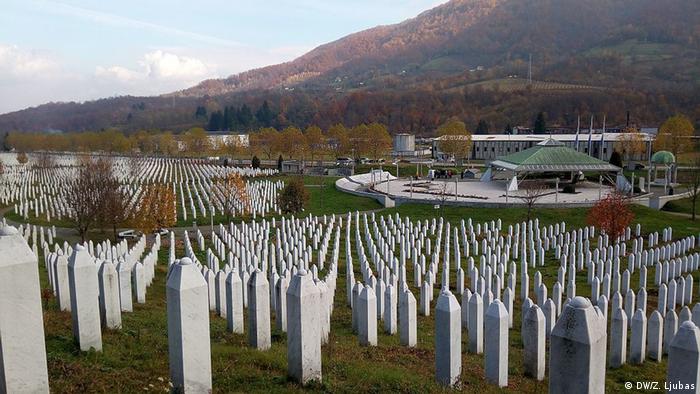 Ramiz's family members are now in the Potocari Memorial Cemetery

The idea that many mothers, sisters, sons are still searching for their loved ones encourages Ramiz in his mission to find the victims and help their families find peace. He still walks through the woods, sweeping aside fallen leaves and looking under rocks and rotten trees for human bones.

He explains that Kamenicino Hill was the place where Bosnian Serb troops carried out one of their first ambushes to try and stop people attempting to escape Srebrenica through the woods on the hill.

Then he stops. Under a log in the woods, he has spotted three bones — a bone from a hand, a long bone of a shin and a bone belonging to a shoulder blade. He carefully checks them, puts them aside and marks them ready for the people from the MPI. 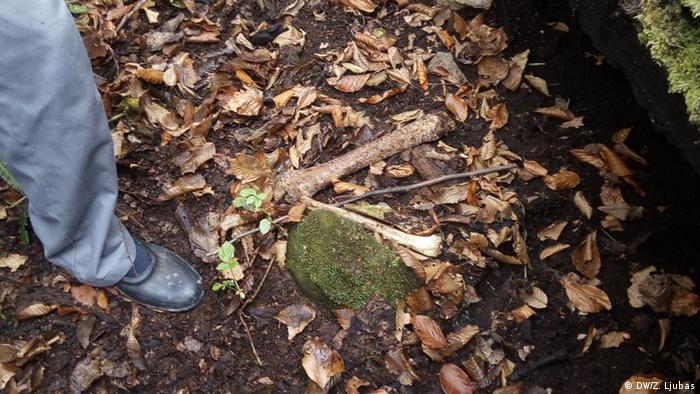 Ramiz marks the bones so they can be identified later

The search is often difficult, he says.

"Sometimes I find a complete skeleton, sometimes bones of several different people, sometimes just a few bones. Wild animals often scatter them around. Four years ago we had massive floods, and last year we had a fire," says Ramiz. Often, he covers 30 to 35 kilometers (18 to 21 miles) a day while searching for them. He admits he has been lucky, as the terrain is often dangerous — steep and sown with mines.

Bones have no nationality

He is resolved to continue his mission despite these problems. His determination to find the bones of the victims, as he says, does not hurt anyone, so his Serb neighbors from the surrounding villages do not mind what he is doing. "We all live together, talk to each other, work together, cry together ... The only thing missing is the trust that we used to have before (the war)," says Ramiz.

"Ethnicity is not written on the bones. People need to finally find out the truth, to know what actually happened. I am searching for bones, and I do not know whether they are Serb, Croat or Muslim (Bosniak) bones ... My wish is only to collect them and bury them with dignity. That is the mission of my life," says Ramiz, sweeping away dead leaves with his wooden stick.

Walking through the woods up on Kamenicina Hill, Ramiz thinks out loud: "Victims are victims, no matter whether they were Serbs, Croats or Muslims (Bosniaks). It doesn't matter. What were they killed for? For nothing!" 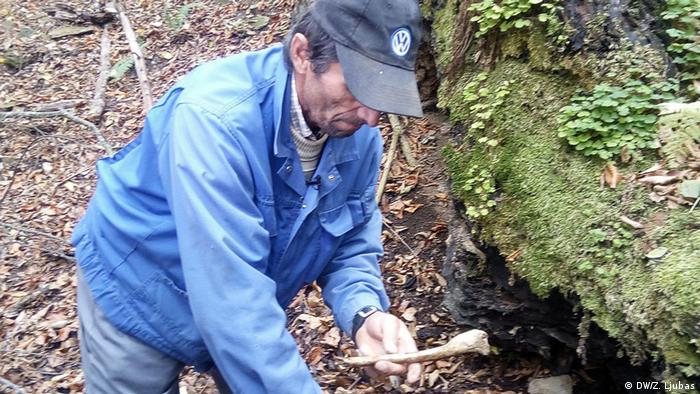 Ramiz continues his mission despite dangers and difficulties