The Netherlands' Supreme Court has been urged by its government to overturn court rulings that Dutch UN troops partly bore blame for 350 Muslim men turned away from a UN base during Bosnia’s 1995 Srebrenica massacre. 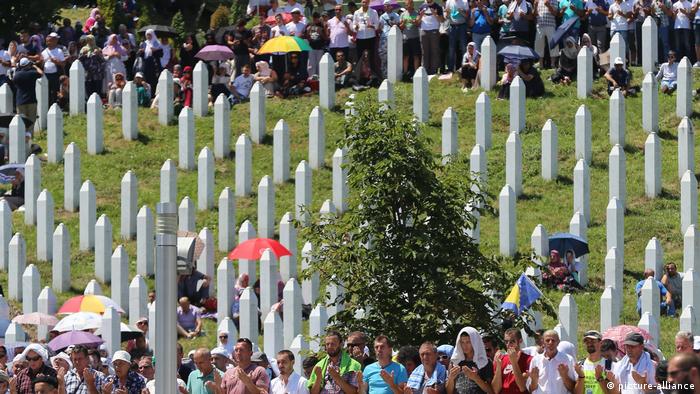 The Dutch Defense Ministry sought the Supreme Court's intervention Wednesday, saying it did not understand how a lower Hague Appeals Court had reached its verdict in June.

That verdictupheld a previous 2014 court ruling that the Netherlands should pay compensation to the families of the 350 Muslims who sought shelter at a UN base with Dutch peacekeepers but ended up among 8,000 men and boys killed by Bosnian Serb forces.

Ministry spokesman Klaas Meijer described the appeal ruling as "incomprehensible," saying the Dutch state would go "against this judgment."

The Supreme Court can only overturn the previous ruling if it finds that the lower appeals court erred in law or procedure.

If so, a new trial would reopen before Dutch courts one of the blackest pages in the Netherlands' history.

In 2002, the-then Dutch government resigned after acknowledging the Netherlands' failure to protect refugees but said its peacekeepers had been on a "mission impossible."

At Srebrenica in 1995, overwhelmed Dutch troops first shut the gates to new arrivals at their base located in a supposed UN safe zone. 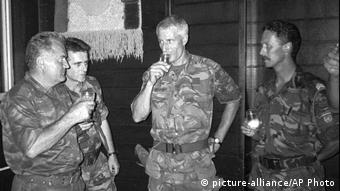 Mladic with a Dutch commander after Srebenica's capture

As out-gunned peacekeepers looked on, Bosnian-Serbs separated out men and boys, drove them in buses to their deaths, and dumped their bodies in mass graves.

In June, Dutch appeals judge Gepke Dulek-Schermers said the Dutch soldiers must have known that the men "were not only being screened … but were in real danger of being subjected to torture and execution."

At the UN former Yugoslav tribunal in The Hague, former Bosnian Serb military commander, General Radko Mladic, is currently on trial. A verdict is due in November. 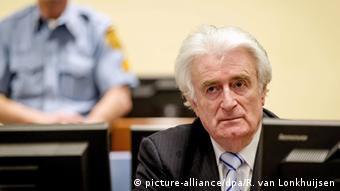 Karadzic on trial in The Hague

20 years on, wrangling persists over what to call Srebrenica

In Serbian society, there is still no consensus on what to call the massive loss of life that happened in Srebrenica two decades ago. Many politicians and citizens refuse to describe the mass killings as genocide. (11.07.2015)

Former UN soldiers sue the Netherlands over deployment to Srebrenica

Former UN soldiers have sued the Netherlands, saying they were led into an impossible mission. The soldiers have been accused of being complicit in the massacre of thousands in Srebrenica. (30.06.2016)