An appeals court in the Netherlands has ruled that Dutch peacekeepers were only partly responsible for about 300 deaths in the 1995 Srebrenica massacre. Relatives of the victims had appealed a similar ruling from 2014. 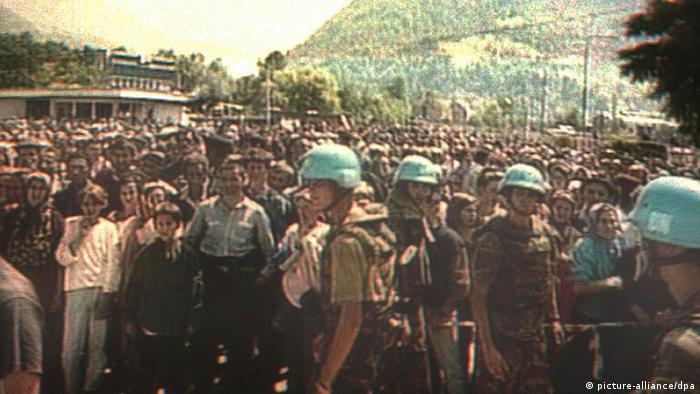 The Netherlands was held partly responsible by the Appeals Court in The Hague on Tuesday for the deaths of about 300 men in the 1995 Srebrenica massacre. The court ruled that Dutch peacekeepers acted partly illegally when they allowed Bosnian Serbs to seize Muslim men who were seeking shelter in a UN safe haven.

The ruling largely supported a three-year-old verdict from the District Court in The Hague that found Dutch forces were responsible for deaths of 300 Muslim men hiding on the UN base, who were handed over to the Serbs.

Those 300 men had sought refuge at a compound controlled by the Dutch in the nearby village of Potocari. When Serbian troops overran Srebrenica, the men were ordered to leave Potocari. 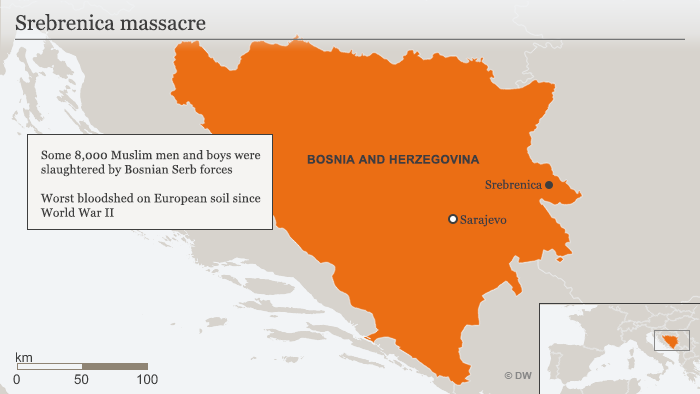 Hague Appeals Court presiding judge Gepke Dulek said that because Dutch soldiers sent the men off the Dutch compound along with other refugees seeking shelter there, "they were deprived of the chance of survival."

"The court finds that the Dutch state acted unlawfully," Dulek said, adding Dutch UN peacekeepers had made it easier for Bosnian Serbs to separate the Muslim men and boys, and must have known there was a "real risk they could face inhumane treatment or execution."

Both sides appealed the 2014 decision, with the 3,000-member Mothers of Srebrenica group saying the peacekeepers should be help responsible for all of the deaths in Srebrenica, not just those of people who were in UN safe zones. The Dutch government, meanwhile, argued that no one could have foreseen the killings.

During the height of the 1992-95 war in Bosnia, the so-called Dutchbat was sent to Srebrenica to protect the town from advancing Bosnian Serbs. But when the town was overrun, the lightly-armed peacekeepers capitulated and some 8,000 Muslim Bosniak boys and men were massacred.

The mass murder was Europe's worst single atrocity since World War II and was classified as genocide by international courts.

The Appeals Court found there was a 30 percent probability that the Dutchbat could have prevented the killings and as such victims would be given 30 percent of damages. Damages were due to be calculated at a later date. 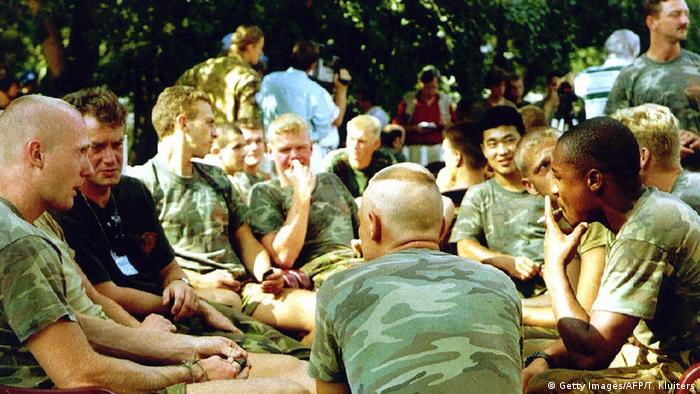 The Dutch Defense Ministry said the government would carefully study the latest ruling.

"The starting point is that the Bosnian Serbs were responsible," it said in a statement.

Munira Subasic, who leads the Mothers of Srebrenica organization, stood up and waved her finger at the judge after the ruling, saying "this is a huge injustice."

Lawyer Marco Gerritsen, who represented the relatives, said he understood their anger.

"But from a legal point of view it is not that bad. Of course we would have hoped for more and I think we had a good case," he said.

Gerritsen called the court's assessment of the men's survival chances "very arbitrary." He said he would study the judgment to see if it was possible to appeal to the Dutch Supreme Court.
Srebrenica and the surrounding villages were inhabited by a majority Muslim population in the mostly Serb eastern Bosnia.

The ruling coincided with a new push for compensation by Dutch troops attempting to sue the Dutch government for sending them on an "impossible mission" to Srebrenica.

"They are still experiencing damages in all aspects of their lives and believe that the defence ministry should be held responsible," lawyer Michael Ruperti told Dutch late night talk show Jinek on Monday.

Defense Minister Jeanine Hennis-Plasschaert last year admitted the battalion had been sent to Bosnia "without adequate preparation... without the proper means, with little information, to protect a peace that no longer existed."

"It was an unrealistic mission, in impossible circumstances," she said.

Comments by US President Biden calling Russian atrocities in Ukraine a "genocide" have sparked debate. But what exactly constitutes genocide and when can the term be applied?