Ex-secret police officers Jovica Stanisic and Franko Simatovic will be retried at the Hague for war crimes committed in the former Yugoslavia. Their first trial ended in an acquittal due to insufficient evidence. 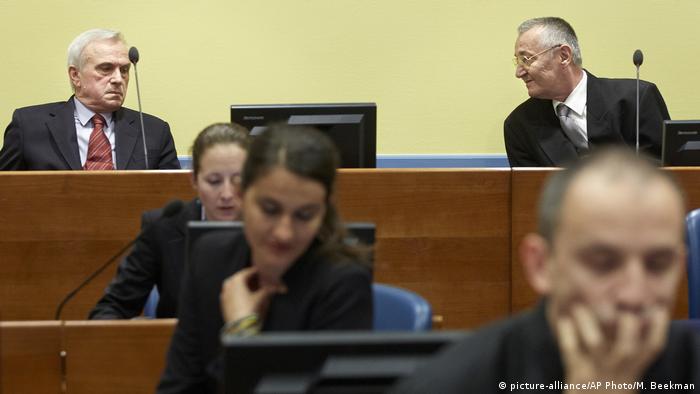 On April 1, 1992, members of a Serbian paramilitary unit attacked the small city of Bijeljina in eastern Bosnia, not far from the border with Serbia. The unit was commanded by Zeljko Raznatovic, known as Arkan. His troops were known as Arkan's Tigers. Heavily armed and well-trained, they took swift control of the city. Terror ensued for the Muslim civilians of Bijeljina. Murder, rape and pillaging became a regular occurrence.

The Serbian paramilitary units responsible for a campaign of ethnic cleansing in Bijeljina and other parts of former Yugoslavia were widely thought to have been established, financed and armed by the head of Serbian intelligence, Jovica Stanisic, and his deputy, Franko Simatovic. The two reported directly to Serbia's strongman, Slobodan Milosevic. Starting in June, the former intelligence officers will be tried at the Hague for a second time. The first case, which spanned a decade beginning in 2003, ended with an acquittal due to insufficient evidence. 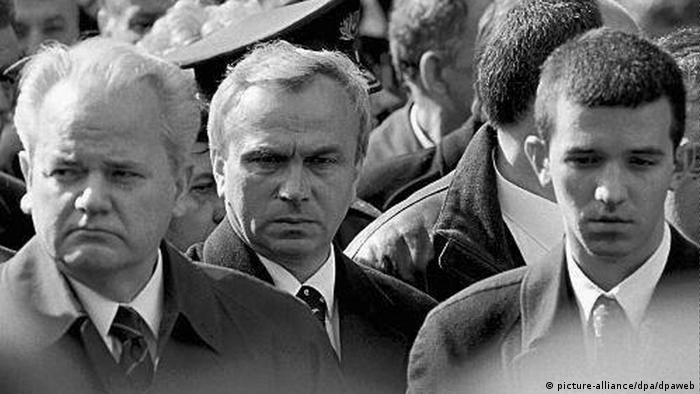 Slobodan Milosevic with his son Marko, and Jovica Stanisic (center)

Known in Serbia as "the cold-blooded one", Stanisic became one of the key figures in war crimes trials conducted by the International Tribunal for the Former Yugoslavia (ICTY). He and his deputy were charged with persecution on racial, religious and political grounds, murder, deportations, and forcible resettlement of Croat and Muslim civilians. During the war years, Stanisic was head of the secret service. It was an open secret in Belgrade that nothing happened without Stanisic's knowledge – he was all powerful. The most important details of the war he discussed directly with Milosevic, with no written record, no witnesses and in a sound-proofed room. 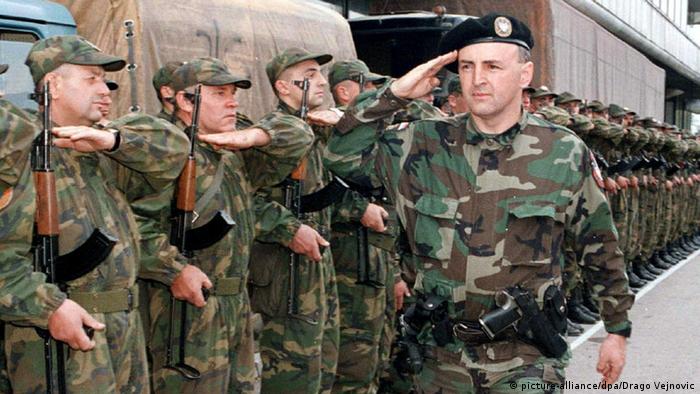 The prosecution presented testimony from more than 100 witnesses, and the court found that Serbia's paramilitary units, such as Arkan's Tigers, as well as the Red Berets and the Scorpions, were organized, financed and led by the defendants. They could not, however, be conclusively linked to the units' specific actions, which killed and forcibly removed tens of thousands of non-Serbian civilian populations between 1991 and 1995.

Stanisic and Simatovic were put on a plane back to Belgrade in 2013. They would have faced life in prison had they been found guilty.

The trial's chief prosecutor, Serge Brammertz from Belgium, appealed the verdict, on the grounds that Stanisic and Simatovic had to have known about the war crimes that their paramilitary units were committing, regardless of whether they themselves ordered them. Knowledge of the crimes, which peaked with the 1995 massacre of 8,000 Bosnian Muslims in Srebrenica, meant that these two men should be held responsible for them. 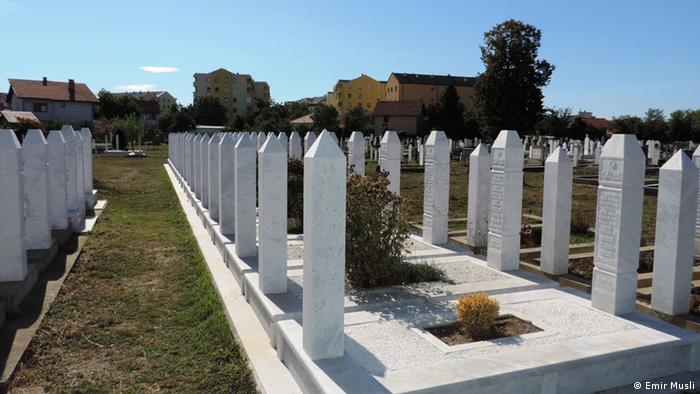 Over 1000 Muslims were murdered in Bijeljina

Brammertz's appeal was successful. In December 2015, an appeals court quashed the original ruling and ordered a retrial, scheduled to begin on June 13. Defendants Stanisic and Simatovic, who have been free men in Belgrade, have been ordered to report to the Hague on May 30. Failure to do so will result in the issuing of an international warrant for their arrest.

Defense lawyers have requested the replacement of three judges, marking another setback for justice. The trial marks the first of its kind in Serbia, where the government has persistently rejected the term genocide. (12.12.2016)

Serbia: The land of guns

Serbia's citizens are stockpiling more guns than in any other European country. Most come from the Yugoslav wars of the 1990s and are still used to commit crimes today. (29.12.2016)