Europe failed to defend its values in Sarajevo | Europe | News and current affairs from around the continent | DW | 05.04.2017

Europe failed to defend its values in Sarajevo

With the murder of two peaceful demonstrators in Sarajevo 25 years ago, Serbian nationalists aimed to destroy the multicultural identity of the city, and all of Bosnia. In Erich Rathfelder’s view, they succeeded. 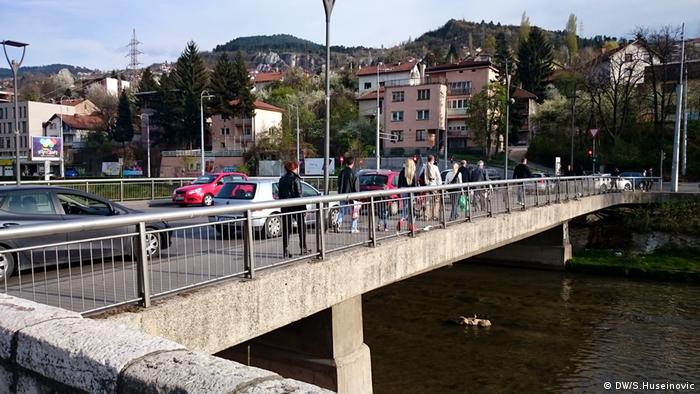 Two peace demonstrators were shot dead on this bridge on April 5, 1992

Twenty-five years ago, on April 5, 1992, two people were killed at a demonstration for peace in Sarajevo. Although there was a history of armed attacks, murders and displacements in Bosnia and Herzegovina, their killing by Bosnian Serb snipers marked a point of no return in the Bosnian War. It was the start of the years-long siege of Sarajevo, and a war that claimed the lives of more than 11,500 people in the city alone, among them, 1,600 children. Until the Dayton Peace Accord at the end of 1995, around 100,000 people across Bosnia and Herzegovina died. Hundreds of thousands were driven out of their homes by ethnic cleansing, and large parts of the region were destroyed.

No one really wants to remember this day - the 25th anniversary of the start of the Bosnian War. All anyone has now are memories of the ensuing terror. The survivors of the conflict remember family members, neighbors and friends who died or were murdered. The sadness remains. Those who feel a sense of guilt over what happened also don’t like to be reminded of this day. And when they do talk about that era, they lie, or justify their actions - often using conspiracy theories. It’s always someone else, or some abstract higher power, who is to blame. 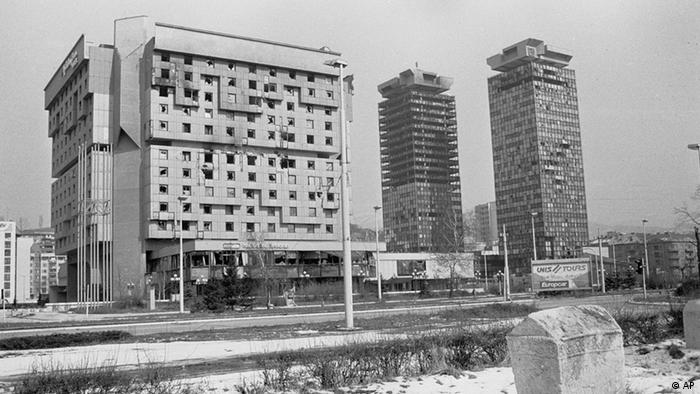 Serb snipers fired on the protestors from Sarajevo's Holiday Inn hotel on April 5, 1992

People in Sarajevo today who want to visit the Office of the High Representative have to cross a bridge known as "Most Suade i Olge." It was there on April 5, 1992 that two women, Suada Dilberovic and Olga Sucic, were shot by Serb snipers from a Holiday Inn hotel occupied by the Serbian Democratic Party. Like more than 100,000 others, the two women were taking part in a peace rally. Sucic, 34, worked as a civil servant for the City of Sarajevo, while Dilberovic, 23, was a student from the Croatian port city of Dubrovnik. Sucic was a Catholic, Dilberovic a Muslim.

A group quickly formed to search for the snipers in the hotel and shoot them. Igor, a Serb, was among them. Later, he was employed as an anti-sniper sniper to defend Sarajevo’s Bosniaks and Croats in the besieged city against troops under the command of Serbian nationalist extremist Ratko Mladic. Because he met snipers from the other side, he had to change his name after the war and go into hiding - just like hundreds of other Serbs from Sarajevo who today are considered to be traitors by most Serbs from Serbia and the Serbian part of Bosnia. Deputy Commander of the Bosnian Army, General Jovan Divjak, is an ethnic Serb who originally hails from Belgrade, but he continues to live in Sarajevo today, where he is seen as a hero. At the same time, he has to continually be on the alert for acts of revenge by Serbian nationalists.

The Bosnian Army didn’t just fight to regain control of Sarajevo, it also fought the nationalist extremism of the other side. It defended the ideals of multinationalism, religious diversity and tolerance. As Divjak once said, it defended the "values of Europe against barbarism." The nationalists wanted to destroy such a society, gain as much territory as they could, and then drive other ethnic groups out. The politics and crimes of "ethnic cleansing" had been planned out long in advance - and not just by Serbian President Slobodan Milosevic. They were also planned by Croatian President Franjo Tudjman. 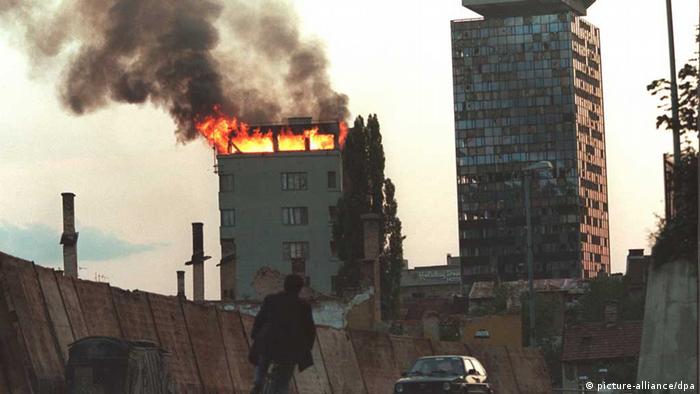 The siege of Sarajevo lasted nearly four years and left around 11,500 people dead

According to testimony from several Serbian and Croatian politicians and members of the military, the pair met with each other secretly in Croatia in March 1991 to discuss the future distribution of Bosnia and Herzegovina among the two neighboring states. They may have opposed each other, but they were united in their nationalism. The Bosnian War doesn’t symbolize the fight of Bosnian Serbs, Croats and Muslims against each other so much as the fight of nationalistic principles against a multinational society.

Nationalists on all sides have won this fight. At the end of the war, the religiously-tinged direction taken by Bosnian Muslims set the tone. The Bosnian tradition of a multinational, multi-religious society may live on in peoples’ memory, in certain customs, in the intellectual civil society and in cultural life. But politically, it has been stamped out. 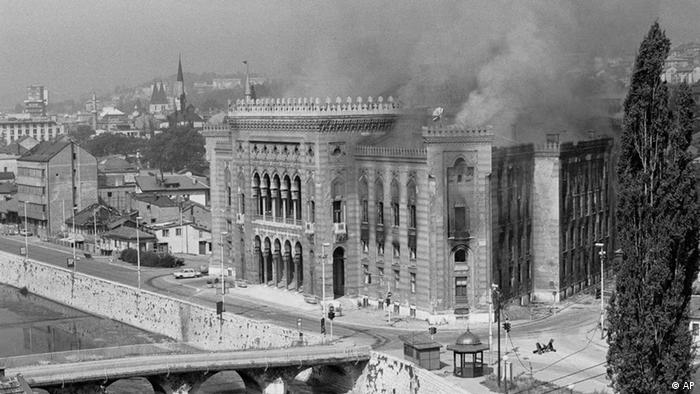 During the siege of Sarajevo, Serb fighters deliberately fired on the city's national library

And since the international community accepted and agreed to the nationalistic categories in the partitioning of the land during the Dayton peace talks in 1995, that great culture of multinationalism has been negated. Unfortunately, Europe failed to defend European values in Bosnia. Does the current rise in nationalism in the EU have something to do with the outcome of the Bosnian War? Back then, the world saw what nationalist extremists could do - and those people were "rewarded."

Erich Rathfelder is a German journalist and author. He regularly contributes to the "Tageszeitung" (TAZ) newspaper, and is the author of several books about the history of the Balkans, Bosnia, and Kosovo. He lives in Sarajevo and Split.