The huge new factory is the automaker's first in Mexico. And despite US President Donald Trump's threat of imposing new tariffs on imports from the country, the German firm pledged it was "here to stay." 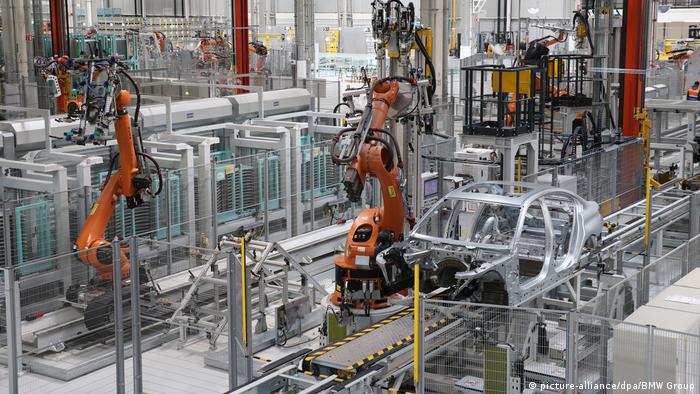 Oliver Zipse, a board member in charge of production, said, "From here, we will deliver BMW 3 Series cars to the world."

The new plant will employ 2,500 workers and is slated to produce 175,000 mid-sized sedans annually. The vehicles will be exported to some 40 countries around the world.

'Mexico has a key geographical position'

Zipse said that "Mexico has a key geographical position, situated between North and South America, the Atlantic and the Pacific."

The move comes amid escalating threats by US President Donald Trump, who has vowed to slap new tariffs on Mexican imports to the US if Mexico does not stop the flow of Central American immigrants arriving at the US border.

Zipse said that BMW's strategy of a balanced approach to production and sales "is the right answer to volatile market and political developments."

Asked if tariff threats would hamper the company's plans, Zipse said BMW sells cars all over the world, despite the fact that many countries charge import tariffs. "It is true, however, that buyers generally end up paying for those tariffs, he added."

That is one reason that Trump has finally run into resistance from Republican lawmakers in the US. They see his threat to put a 5% tariff on Mexican imports Monday — and possibly up to 25% by October if Mexico does not meet his demands — as a needless burden on consumers.

Mexico, one of the US' biggest trading partners, exports roughly $346 billion worth of goods to its northern neighbor each year. In 2018, the major automobile-producing nation exported some 3.5 million cars and trucks, 75% of which went to the US.

Yet, BMW is not only putting money into Mexico: It recently announced that it will also invest $600 million in its existing US plant in Spartanburg, South Carolina. Zipse said, "We are a big investor in the US."

An interview with BMW's head of mobility technologies, Martin Hauschild