Stocks on Wall Street tumbled after the announcement of fresh US tariffs on Mexico. The news also caused the Mexican peso to plunge in the foreign exchange market. 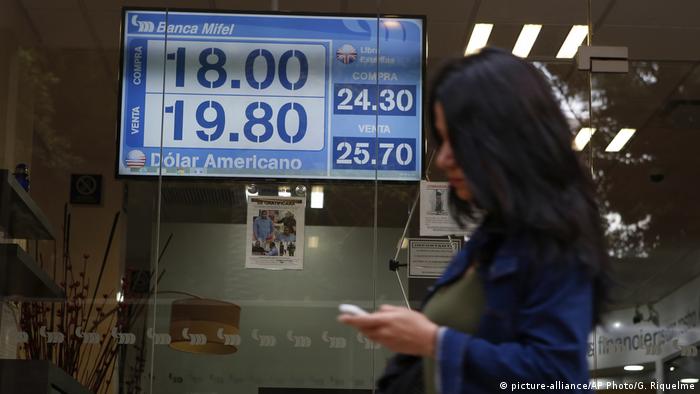 Stocks on Wall Street dropped on Friday after US President Donald Trump announced plans to impose 5% tariffs on Mexican goods in response to uncontrolled migration over the US-Mexico border.

The Dow Jones Industrial Average ended the day 1.4% down, with stocks having dropped 6.7% over the course of May, the first negative month of 2019. The S&P 500 slumped 1.3% and the Nasdaq Composite Index was down 1.5% at the end of trading.

Trump's announcement also caused the Mexican peso to tumble against the dollar. The peso lost as much as 3.4% at one point, its worst single-day loss since October. It was down 2.65% at 19.6485 per dollar.

The yield on the 10-year Treasury Bond sank to 2.13%, its lowest level since mid-2017, as investors fled to safer investments.

The new US trade war front is hitting the automotive industry particularly hard, with General Motors and Fiat Chrysler each experiencing a 4% drop in their share price. Many American automakers import vehicles and parts into the US from Mexico.

"The auto sector, and the 10 million jobs it supports, relies heavily upon the North American supply chain and cross border commerce to remain globally competitive," the Alliance of Automobile Manufacturers said. The group represents companies that account for some 70% of all cars and light trucks sold in the US.

"Any barrier to the flow of commerce across the US-Mexico border will have a cascading effect — harming US consumers, threatening American jobs and investment and curtailing economic progress."