The ongoing trade tensions between the world's two largest economies and tit-for-tat tariffs have adversely affected the fortunes of many European companies in China, a new survey reveals. The outlook remains gloomy. 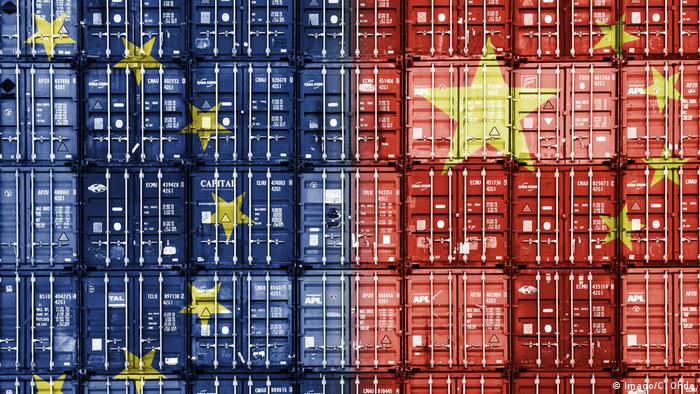 The increasingly bitter trade dispute between the US and China is hurting one-third of EU companies operating in China, the European Union Chamber of Commerce in China said on Monday. The industry body commissioned a survey to find out how recent tariff hikes were affecting business.

The study, which received replies from 585 firms, was conducted in January and February, as trans-Pacific trade tensions eased following a truce between US President Donald Trump and his Chinese counterpart Xi Jinping.

But the tensions ratcheted up again in early May with Washington and Beijing slapping steep increases in tariffs on each other.

The survey said its results are "contrary to expectations that European companies would benefit" from the duties.

Forced tech transfers on the rise

Europeans say they share many of the grievances raised by the Trump administration regarding trade with China. "The fundamental issues driving the trade war need to be resolved by addressing market access barriers and regulatory challenges while also tackling state-owned enterprises (SOE) reform and forced tech transfer," Roule stressed.

One of the key problems European companies are confronting is forced technology transfers, the survey showed. The problem has worsened over the past year, with some 20% of respondents saying they felt compelled to transfer technology in order to maintain market access, up from 10% in 2017.

For almost a quarter (24%), such transfers were currently under way. This state of affairs was "not acceptable," Roule said. "The authorities are saying there are no technology transfers any more but this is not what we see in our survey," she added.

Unfair technology transfers were reported predominantly in the fields of chemicals and petroleum, medical devices, pharmaceuticals and automotive.

Furthermore, over half of the companies said legal protection of intellectual property was "inadequate," and 45% say they suffer "unequal treatment" compared to their Chinese counterparts. State firms and their subsidies are the main bone of contention.

German exports rose to over €112 billion in March, catching economists by surprise. Despite concerns about international trade conflicts, Germany's exports have boomed in the first quarter of the year. (10.05.2019)