German exports rose to over €112 billion in March, catching economists by surprise. Despite concerns about international trade conflicts, Germany's exports have boomed in the first quarter of the year. 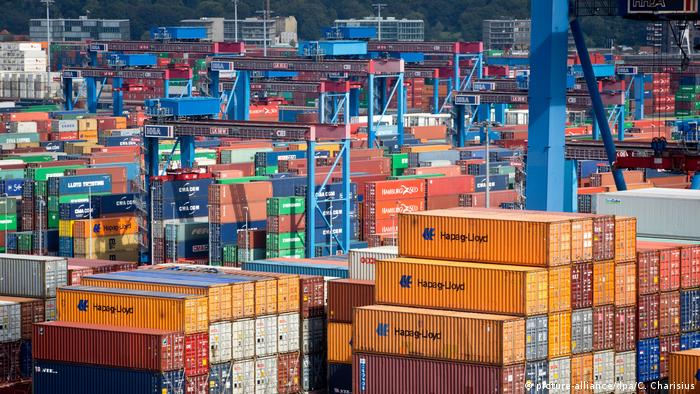 Germany's exports increased by 2.5% in the first quarter of 2019 compared to last year, official statistics revealed on Friday.

In the first three months of this year, Germany's exports amounted to €336 billion ($377 billion), according to the Federal Statistical Office.

A surprising jump occurred in March, with exports rising by 1.5% over February. Economists had been predicting a slight decrease for that month.

Germany's export lobby group BGA said it predicts that shipments of German goods are set to rice by 3% by the end of the year.

Germany's economy has been affected by concerns about international trade conflicts, particularly the trade war between the United States and China, as well as the slowdown of the global economy.