With the clock ticking, the US and Canada have reached a new trilateral trade deal with Mexico. Called USMCA, the pact will create a revamped NAFTA with key sections focusing on auto imports and Canada's dairy market.

Mexico, Canada and US agree on NAFTA revamp

The United States and Canada reached an eleventh-hour deal on Sunday to replace the North American Free Trade Agreement (NAFTA) and maintain a trilateral trade bloc with Mexico.

The agreement was announced just before a Sunday midnight deadline imposed by Washington and a rare, late-night emergency cabinet meeting in Ottawa convened by Canadian Prime Minister Justin Trudeau to discuss the deal.

The "new, modernized trade agreement" will replace the 1994 NAFTA trade bloc and will be known as the US-Mexico-Canada agreement (USMCA), according to a joint statement issued by US Trade Representative Robert Lighthizer and Canadian Foreign Affairs Minister Chrystia Freeland.

"USMCA will give our workers, farmers, ranchers and businesses a high-standard trade agreement that will result in freer markets, fairer trade and robust economic growth in our region," the joint statement said. "It will strengthen the middle class, and create good, well-paying jobs and new opportunities for the nearly half billion people who call North America home."

The new deal preserves a three-way trade zone valued at $1.2 trillion (€1.03 trillion) and leaves much of the original NAFTA framework intact.

Canada, Mexico and US praise deal

Following the Canadian cabinet meeting, Trudeau said it was "a good day for Canada," while Jesus Seade, the trade negotiator for Mexico's incoming president, tweeted that the deal meant "the door closes on trade fragmentation in the region."

Later on Monday, US President Donald Trump took to Twitter to describe the agreement as "wonderful" and "historic," before extending his congratulations to Mexico and Canada.

Canada back in the deal

Canada, the US' second largest trade partner, was excluded from a revamped NAFTA deal separately negotiated between Mexico and the US in August after almost a year of negotiations. They had said a bilateral agreement would move forward without Canada, which had entered into tough negotiations with the United States in recent weeks.

The US and Mexico were pushing to get the new deal through their legislatures before Mexican President-elect Andres Manuel Lopez Obrador takes office on December 1. In order to do so, the administration of US President Donald Trump needed to publish the document to allow for a legally mandated 60-day review period.

Among the tough issues that Ottawa and Washington hashed out were access to Canada's dairy sector, tariffs and a dispute resolution mechanism that the US wanted to scrap.

Under the terms of the new deal, the trade dispute mechanism Canada had sought to preserve will be maintained. The agreement also exempts tariffs on 2.6 million automobiles produced in Mexico or Canada, should the Trump administration decide to institute duties on imported cars and auto parts. Canada also agreed to open up around 3.5 percent of its dairy market to US producers. 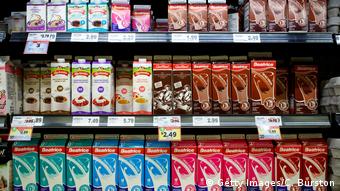 Following the announcement, the Canadian dollar rose to its highest value since May against the US dollar. Wall Street was also set to post gains at opening on Monday.

Trump has wanted a complete overhaul of NAFTA, arguing the quarter-century-old pact has been unfair to the United States. In August last year, he started a review of the trade pact with Mexico and Canada that opened up negotiations.

In a Monday afternoon press conference on the lawn of the White House, Trump described NAFTA as "perhaps the worst trade deal ever" and hailed the new USMCA deal, despite its similarities to the outgoing deal. Trump argued that the USMCA would "support many — hundreds of thousands — of American jobs."

Trump said that the deal was the fruit of his protectionist trade stance and added that is was a "privilege" for foreign nations to do business with the US.

In order to come into force, USMCA requires approval by the parliaments of all three participating countries. Trump said he hopes US lawmakers would ratify the deal but added that he had "other alternatives" should they fail to do so.

US-Canada trade-off: who is happiest with NAFTA 2.0?

A new North American trade agreement has been struck between the US, Canada and Mexico following tense negotiations. But is this a victory for US President Donald Trump or is the picture a little more nuanced? (01.10.2018)

Since helping shape the General Agreement on Trade and Tariffs (GATT) in 1948, the World Trade Organization's forerunner, the US has been at the forefront of trade liberalization. That era appears to be ending. (18.07.2018)

President Donald Trump has harshly criticized Iran in a speech at the United Nations, saying Tehran must change its behavior or face further consequences. Trump administration officials have also upped their rhetoric. (25.09.2018)

Mexico, Canada and US agree on NAFTA revamp