At the World Economic Forum in Davos, major corporations have signed on to an initiative to better reuse and recycle plastic packaging - to reap economic benefits, and in hopes of stemming an environmental crisis. 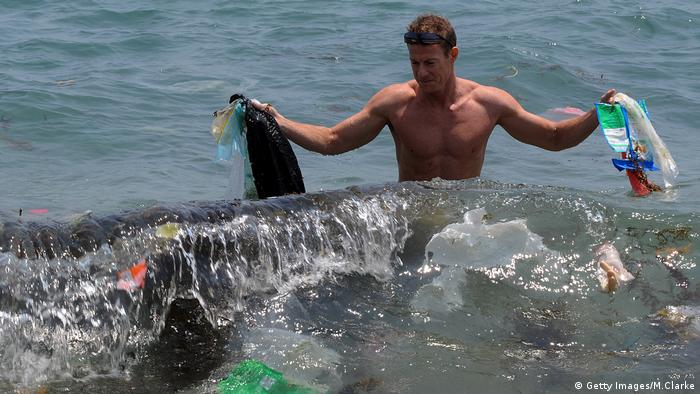 Unilever, Proctor and Gamble, Coca-Cola, Danone and Dow Chemical are among the heavy players in the 40 parties to have endorsed New Plastics Economy initiative Monday (16.01.2017) at the Swiss ski resort during the World Economic Forum (WEF).

If enacted, the plan would see 70 percent of plastic packaging reused and recycled globally - five times more than the percentage currently estimated to be recycled.

The New Plastics Economy plan, spearheaded by the Ellen MacArthur Foundation and unveiled at the WEF in January 2016, points out that, without urgent action, the planet's oceans will contain more plastic waste than fish by 2050.

The action plan endorsed in Davos in 2017, which is based on the concept of a circular economy, said 20 percent of the world's plastic packaging could be profitably reused, and a further 50 percent recycled instead of becoming waste. 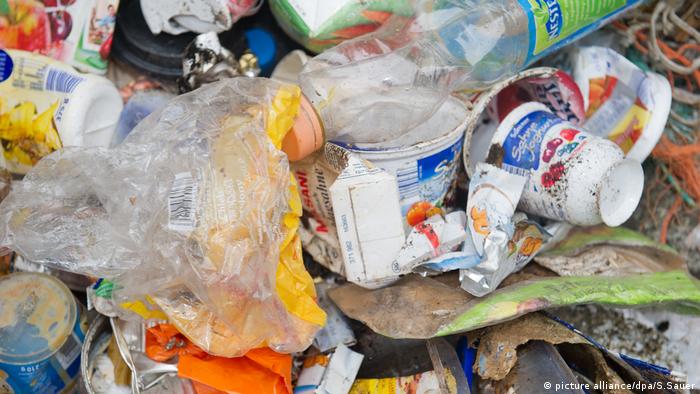 Plastic packaging can be tricky to recycle

Food and detergents multinational Unilever has now promised that all of its plastic packaging be fully reusable, recyclable or compostable by 2025.

In a statement, Unilever CEO Paul Polman said: "We urgently need to transform global plastic packaging material flows if we are to continue to reap the benefits of this versatile material … it's now up to us all to get it done."

New Plastics Economy estimates that about a quarter of all plastics that are produced end up as packaging.

Most plastic is made from oil, and it requires significant energy to produce - which contributes to greenhouse gas emissions that cause climate change.

When plastics enter the natural environment as waste, this impacts wildlife and ecosystems; 10 to 20 million tons of plastic end up in the world's oceans every year. 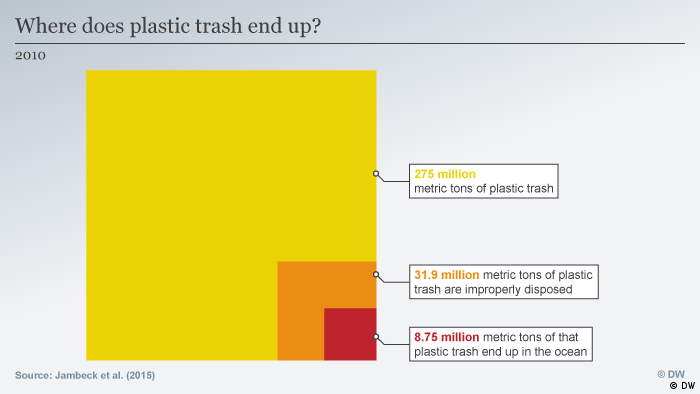 Many ocean animals become entangled in plastic waste - this can lead to a painful death, as the creature slowly starves or suffocates.

Although the full effects of animals consuming plastic waste have not been thoroughly studied, it is known to impair digestion, and can reduce the vigor of the organism.

Microplastics can even end up on our own plates in seafood or ocean fish.

Over the next year, the New Plastics Economy initiative and its partners will seek to innovate around redesigning plastic packaging.

Tackling plastic waste in oceans with 'wooden message in a bottle'

Scientists investigating plastic waste in seas are throwing 100,000 wooden blocks into German waters - and asking members of the public to get involved. The goal: to track down and tackle sources of plastic waste. (13.10.2016)

Food packaging is a major source of plastic waste. Developing wrapping that is edible could help - not just the environment, but maybe even taste, too. A scientist at a green chemistry conference in Berlin tells DW how. (06.04.2016)