Beware of fish that eat microplastics - you may end up getting a double serve | Science | In-depth reporting on science and technology | DW | 13.01.2016

Is it dangerous to eat fish that eat microplastics? Researchers in Germany say not all fish eat them. But of those that do, it's unclear whether the plastics get into the fish's bloodstream - and then ours. 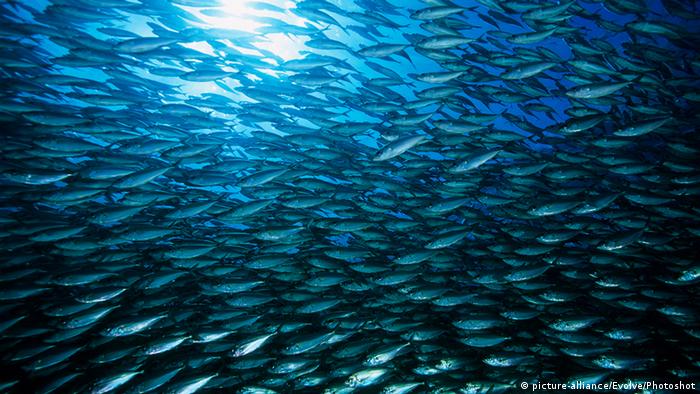 In the ocean, plastic trash eventually breaks down into tiny pieces. Many of these, lighter than water, float on the sea's surface. Rays of sunlight and continued battering of waves then break them down into even more miniscule pieces - until some of them end up inside the stomachs of micro-organisms, sea birds, oceanic mammals or fish.

Biologists at the Alfred Wegener Institute's Helmholtz Centre for Polar and Marine Research (AWI) have now investigated just how many of these particles remain in the stomachs of certain fish.

Their surprising discovery: It depends quite dramatically on the fish.

Some fish have numerous particles in their stomachs. Others have nearly none.

For the study, biologists looked inside the stomachs and intestinal tracts of 290 mackerel, flounder, herring, cod and yellowfin sole caught in the North and Baltic seas, off the German coast.

In doing so they discovered that mackerel fish consumed plastics at far higher levels than fish that spend more of their time close to the seafloor. The latter group includes flounder and yellowfin sole.

Mackerel had plastics in their stomachs between 13 and 30 percent of the time, depending on the region where they were caught.

Herring, by comparison, at times had none at all during certain seasons.

"The reason for that may have to do with the feeding behavior of the fish," says AWI biologist and the study's lead author, Gunnard Gerdts. 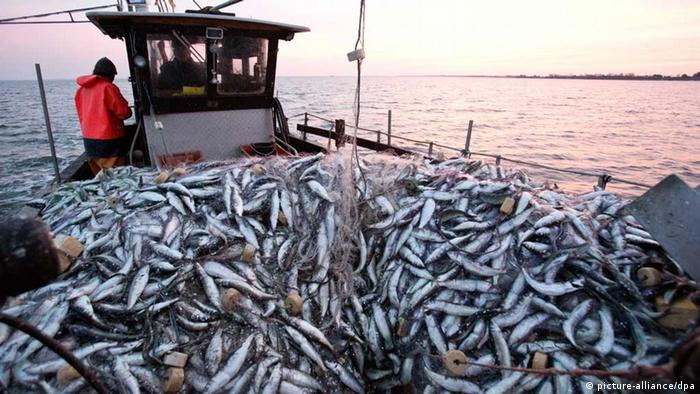 Herring caught in the Baltic - may be your safest bet

Mackerel clearly mistake surface plastic for food. That's because one of their favorite snacks is a freshly born creeper snail, which initially squirms about on the water's surface.

This also explains why the mackerels' stomachs tend to contain thread-like plastics, which resemble the wiggly snails.

Fish that inhabit deeper waters tend to consume microplastics by chance as they search for other foods.

I'll have the fish, please - but hold the plastic

The researchers found no signs that the fish, by consuming the plastic, were becoming sick.

Nor are there signs that people place themselves at risk by eating these fish.

"Many of the particles are found in the digestive organs," says AWI expert, Lars Gutow.

Since fish are disemboweled before being eaten, these particles wouldn't end up on a diner's plate.

What remains unclear, however, is whether digested plastics deliver chemicals into the fish's bloodstream, thereby impacting foods eaten by people.

That study involved Littorina littorea, or the common periwinkle snail, in a laboratory experiment.

Since plastics adhere well to seaweed's sticky leaves - one of the snails' favorite dishes - researchers used fluorescent plastic particles attached to the leaves to follow the microplastics inside the snails.

These particles didn't remain inside the animals for long. After digesting the biological components of the meal, the plastics were excreted.

A new toy craze has been sweeping the world: loom bands. Recent reports have suggested that the tiny plastic items signal a looming environmental catastrophe. Experts aren't so sure - DW examines the claims. (15.08.2014)

The EU has declared war on plastic bags. But it will take more than symbolic gestures to save the environment. DW's Fabian Schmidt calls on emerging economies to bring outdated waste management into the 21st century. (03.03.2015)