An abandoned Cold War listening station in the forests outside Berlin will now receive state protection. The site has become a popular destination for more adventurous tourists. 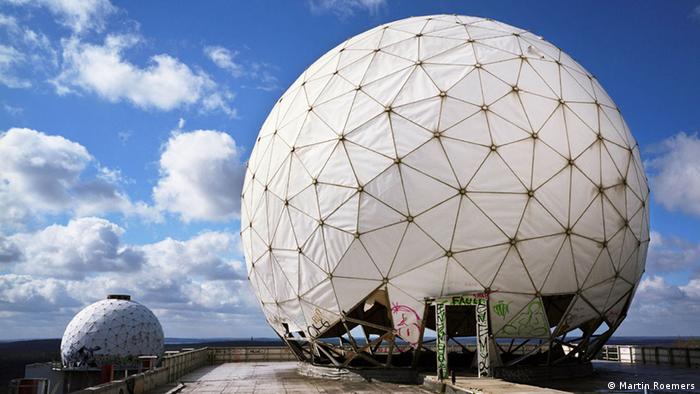 A former NSA spy station outside Berlin will receive state protection as a historical monument, authorities confirmed on Saturday.

The iconic buildings on the western edge of Berlin, as well as the hill called Teufelsberg that they stand upon, will be placed under a preservation order, state curator Christoph Rauhut confirmed to the Tagesspiegel newspaper. A spokesman for the Senate Cultural Administration also confirmed the news to the DPA news agency.

The step will be officially announced on Monday.

Authorities said the order does not mean the site will have to be reconstructed as it once was but will instead ensure its preservation in the current state.

During the Cold War, US intelligence wanted to build a listening station in West Berlin to intercept Soviet radio communications. Testing throughout West Berlin revealed Teufelsberg, a manmade hill in the Grunewald forest, had ideal conditions for such a center.

In 1963, the Americans built Field Station Berlin atop the hill. The station consisted of a series of white towers, buildings and domes. What exactly happened inside is still classified — until at least 2020 — but operations to intercept and jam Soviet communications continued until the fall of the Berlin Wall in 1989. The station was then shut down and stripped of its equipment.

Since then it has stood in ruin outside Berlin, becoming a thriving hub for graffiti artists and an offbeat site for tourists. Various efforts to redevelop the site have fallen through. The current owner charges tourists to enter the site, but in 2015 one of the prime drawcards of the site, the main listening tower, was shut down for safety reasons.

The hill itself is of interest, too. When Hitler came to power, he wanted to build a university faculty for military technology on the site. It never came to fruition and was demolished during the war. The area was then used as a dumping site for rubble from the ruins of Berlin after the war. It eventually reached 120 meters (400 feet) and was covered with dirt and trees to give it a more natural appearance.

DW presenter Nicole Frölich was out on the town in Berlin to shoot the next edition of Discover Germany, DW's weekly travel show. She wanted to find out if Berlin is worth visiting in winter. Yes, it is! (26.02.2016)

It is a key reference for all off-beat explorers with a passion for rust and flaking paint, set to a historical backdrop. Now "Abandoned Berlin," one of the city's most popular blogs, has been released in print. (27.02.2015)