Berlin and Beyond: Time for Germany to ban plastic bags | Environment | All topics from climate change to conservation | DW | 03.07.2019 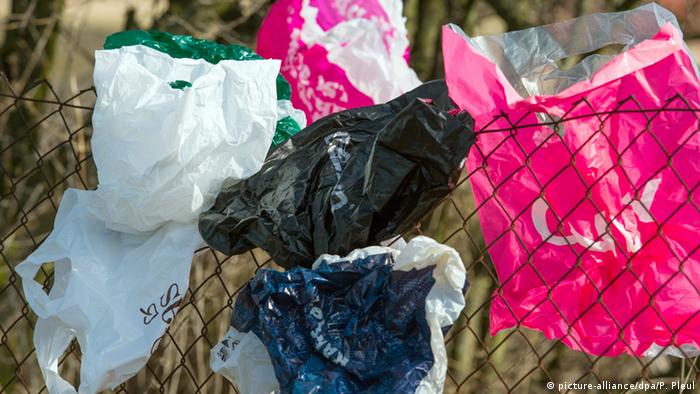 When I was but a slip of a girl, I recall my grandmother used to keep a small selection of plastic bags at the bottom of a wicker shopping basket. She'd refer to them as "carriers" and fold them in a way that made them seem special. Even then, I didn't really like them.

That's not to say I never went on to use them myself. Because I did. And for longer than I like to admit. Not anymore though. I've been clean for years now, and of all the single-use plastic items I've tried to banish from my life permanently, the bags have been the easiest.

Only they're not gone from around me. Because while cities and countries across the world have taken steps to outlaw the manufacture, sale and use of plastic bags — sometimes attaching heavy fines and even jail terms to violations — Germany, resting so hard on its green laurels it's crushing them, seems to deem only the mildest of restrictions necessary. 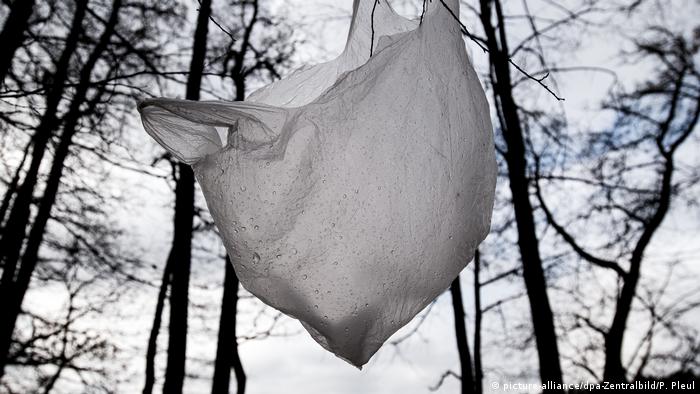 Even with its recycling opportunities, Germany cannot prevent its plastic bags from getting into the environment

In 2016, the state launched a scheme under which retailers could charge customers a nominal fee for plastic shopping bags. Or not. The environment ministry says the measures have led to a significant drop in useage, and can therefore be held up as a success. All things though, are relative.

Read more: Berlin and Beyond: Time for eternal winter

So what if the annual per capita use has fallen from 45 to 24 over the past couple of years? This is still a country with a population of 82 million. Go ahead and do the maths. It's a mind-bending number, but not big enough, it seems, to spur the ministry into real action. Its line is that the country's excellent waste management and recycling facilities render a ban unnecessary. In fact one spokesman told me that to abolish plastic bags would be "exaggerated."

Got it. Even leaving aside the facts that some bags — even German ones — are left to the wispy whims of the wind, and that of the incredible 220 kilos of plastic waste the average citizen of this country generates annually, around a half is incinerated long before it gets a second shot at life as something new and different, plastic is problematic.

Made from oil, and increasingly fracked gas derivatives, disposable items such as bags, have been polluting long before they've had that single outing they were designed for. 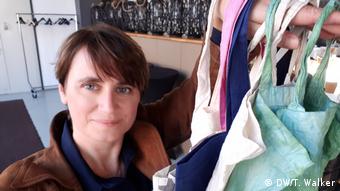 Those old bags will outlive us

And besides, Germany, it doesn't have to be plastic. It's not as if there are no alternatives. Oh, I've heard the arguments about having to use paper and cotton bags dozens, hundreds and even thousands of times for them to have a lower environmental and climate impact than their plastic counterparts.

Read more: Berlin and Beyond: Dying together

But what's wrong with using the same cotton bag hundreds and even thousands of times? We manage it with a myriad of other day-to-day items. And when they do finally fall apart, they will biodegrade, unlike plastic bags which left to their own devices take decades, if not centuries to break down, emitting greenhouse gases in the process.

I sometimes wonder where my grandmother's bags are now; how much of them is left. I actually dread to think. I learned from her though, and now keep a couple bags at the bottom of my rucksack. Religiously. They might not be neatly folded, and they're certainly not made of plastic, but for their service to sustainability, they are kind of special.

This is the final episode of Berlin and Beyond. I will be back later in the year with more thoughts on the environmental issues of our time.

Reduction of marine plastic trash was one of the major issues at the G20 summit of environment ministers in Japan. Delegates also discussed the future of energy security following the tanker attacks in the Gulf of Oman. (16.06.2019)

Germany's Aldi has announced it will soon charge a cent for plastic produce bags. The supermarket said it had drastically reduced bag use with fees for larger bags, and wants to apply the strategy to the smaller bags. (11.06.2019)