China has said it "strongly deplores" remarks by a prominent Australian lawmaker that compared Beijing to Nazi Germany and the Soviet Union under Joseph Stalin. 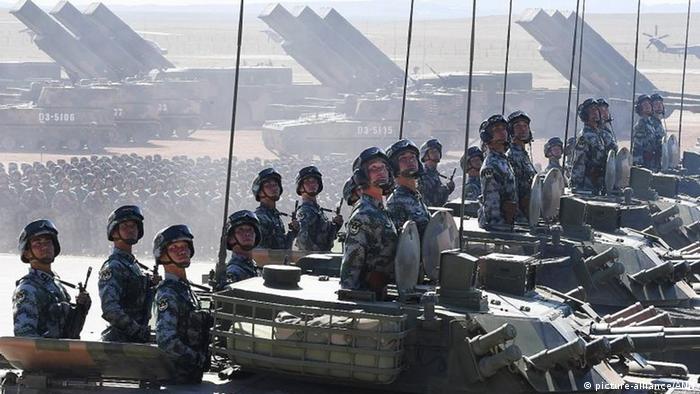 Australia's attitude toward the rise of China resembles the failure of France to defend against Nazi Germany and the West's misreading of Joseph Stalin's Soviet Union, a top Australian lawmaker wrote on Thursday, drawing a rebuke from Beijing over the comments.

Andrew Hastie, the head of Australia's parliamentary intelligence committee, wrote in the Sydney Morning Herald that China will test Australia's democratic values, economy and security over the next decade.

"The West once believed that economic liberalization would naturally lead to democratization in China. This was our Maginot Line. It would keep us safe, just as the French believed their series of steel and concrete forts would guard them against the German advance in 1940," the conservative lawmaker and former special forces soldier wrote.

"But their thinking failed catastrophically. The French had failed to appreciate the evolution of mobile warfare. Like the French, Australia has failed to see how mobile our authoritarian neighbor has become."

Hastie added that Australia has failed to recognize the role of Communist ideology in China's geopolitical strategy of infrastructure building in the Asia-Pacific region, just as Western countries had failed to understand Stalin's Communist motivations.

"We must be intellectually honest and take the Chinese leadership at its word. We are dealing with a fundamentally different vision for the world," Hastie wrote.

China and Australia are major trading partners, but their political relationship remains tense over concerns Beijing is interfering in domestic affairs and expanding its footprint in the Asia-Pacific region as part of a global competition with Australia's strategic ally the United States.

"Almost every strategic and economic question facing Australia in the coming decades will be refracted through the geopolitical competition of the US and the PRC [China]," Hastie wrote.

The Chinese Embassy in Australia said in a statement that Hastie had "Cold War mentality and ideological bias."

"It goes against the world trend of peace, co-operation and development," the embassy statement read. "It is detrimental to China-Australian relations."

"We urge certain Australian politicians to take off their 'colored lens' and view China's development path in an objective and rational way."

"We seek to work closely with [China], in the same way we do everyone in the region," he told reporters, adding that Hastie was "entirely entitled to provide his perspective."

Acting US Defense Secretary Patrick Shanahan asserted that the Indo-Pacific region was a "priority theater" where the US would support partner nations against attempts by any one nation to control it. (01.06.2019)