China and Australia compete for influence in the Pacific | Asia | An in-depth look at news from across the continent | DW | 16.11.2018 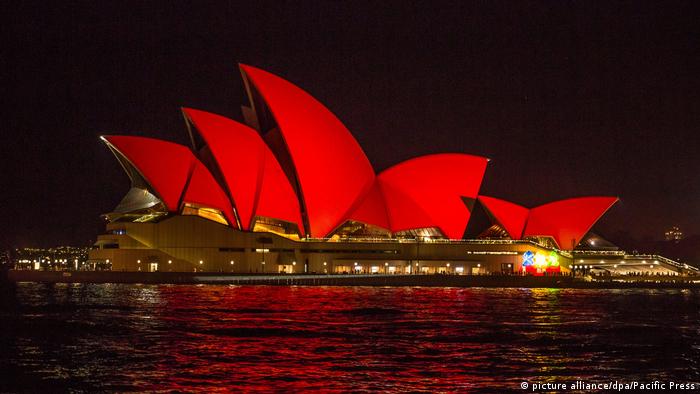 This weekend's Asia-Pacific Economic Cooperation (APEC) summit is a special occasion for Papua New Guinea (PNG), the organization's smallest and poorest nation. It is the first time the Pacific island country has hosted an APEC summit. China and Australia are covering the $100-million (€87 million) cost for hosting the event.

Both countries want to secure influence over PNG, an underdeveloped yet geopolitically valuable and resource-rich island off the northern coast of Australia.

In 2017, China set aside the equivalent of around $4 billion in economic aid for Pacific island states, and the majority of that went to PNG for road construction. In 2017, Australia pledged $815 billion for similar measures.

In November 2018, Australia set up an infrastructure bank worth 2 billion Australian dollars for projects in the Pacific region and said it will spend 1 billion more promoting exports and supporting Australian businesses in the Pacific. 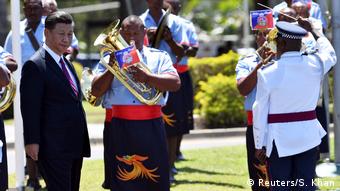 China has taken the lead in providing development aid in PNG and throughout the region. This should be a wakeup call to Australia and US allies in the region. In 2014, Australia, the USA and New Zealand were ahead of China as the most important donor countries in Oceania. In 2017, China is catching up and has pledged more aid money than any other country.

"For a long time, Australia, New Zealand and the USA have considered the Pacific island countries to be their backyard," Adam Ni, China researcher at the Australian National University, told DW. "China's increasingly noticeable presence in the region is a wake-up call," said Ni, adding that the three countries need to increase engagement in the region to protect their influence against China's ambition.

However, this competition could have a positive outcome for the smaller Pacific island countries, despite concerns about transparency and sustainability surrounding Chinese-sponsored projects.

"The increased competition could mean more economic aid, investment and cooperation for these countries," said Ni. 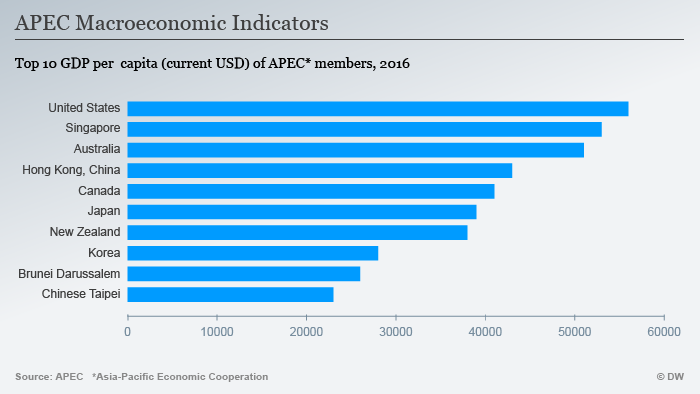 Chinese, Australian and US officials have made statements in the run-up to the APEC summit indicating sense of rivalry and confrontation has entered the foray.

US Vice President Mike Pence said at the ASEAN summit in Singapore that the "Indo-Pacific region" was no place for "empire and aggression."

Australian Prime Minister Scott Morrison said in a speech to soldiers that "Australia has a abiding interest in a southwest Pacific that is secure strategically, stabile economically and sovereign politically."

China's Vice Foreign Minister Zheng Zeguang told a news briefing in Beijing on Friday that "other countries should not obstruct China's friendly cooperation and exchanges with the island nations. Of course, they have no way to obstruct this cooperation and these exchanges."

China expert Adam Ni noted that the Vice Minister's statements have a clear message that China is seeking to flex its muscle in the Pacific.

"China isn't an altruistic protector of peace and development in the region. It is a growing superpower with concrete strategic interests," said Ni. "If China is able to successfully establish itself militarily in the South Pacific, it could make military operations for the US riskier and more expensive."

Australia thwarted a last-minute attempt by China to build a port on Manus Island, which belongs to PNG. When Canberra heard about the offer, they quickly made a counteroffer, which is supposed to be officially signed at the APEC summit.

"The port project on Manus was a big concern for us," an unnamed US diplomat told Reuters. "It was feasible Chinese military vessels could have used the port so we are very happy that Australia will fund the re-development."

On Friday, Chinese President Xi Jinping met with the heads of state from assorted Pacific island states in the run-up to the APEC summit.

These included Fiji, Vanuatu, Samoa, Micronesia, the Cook Islands, Tonga and Niue. The Pacific island nations maintaining relations with Taiwan, the Marshall Islands, Naura, Palau the Solomon Islands and Tuvalu, did not meet with Xi. 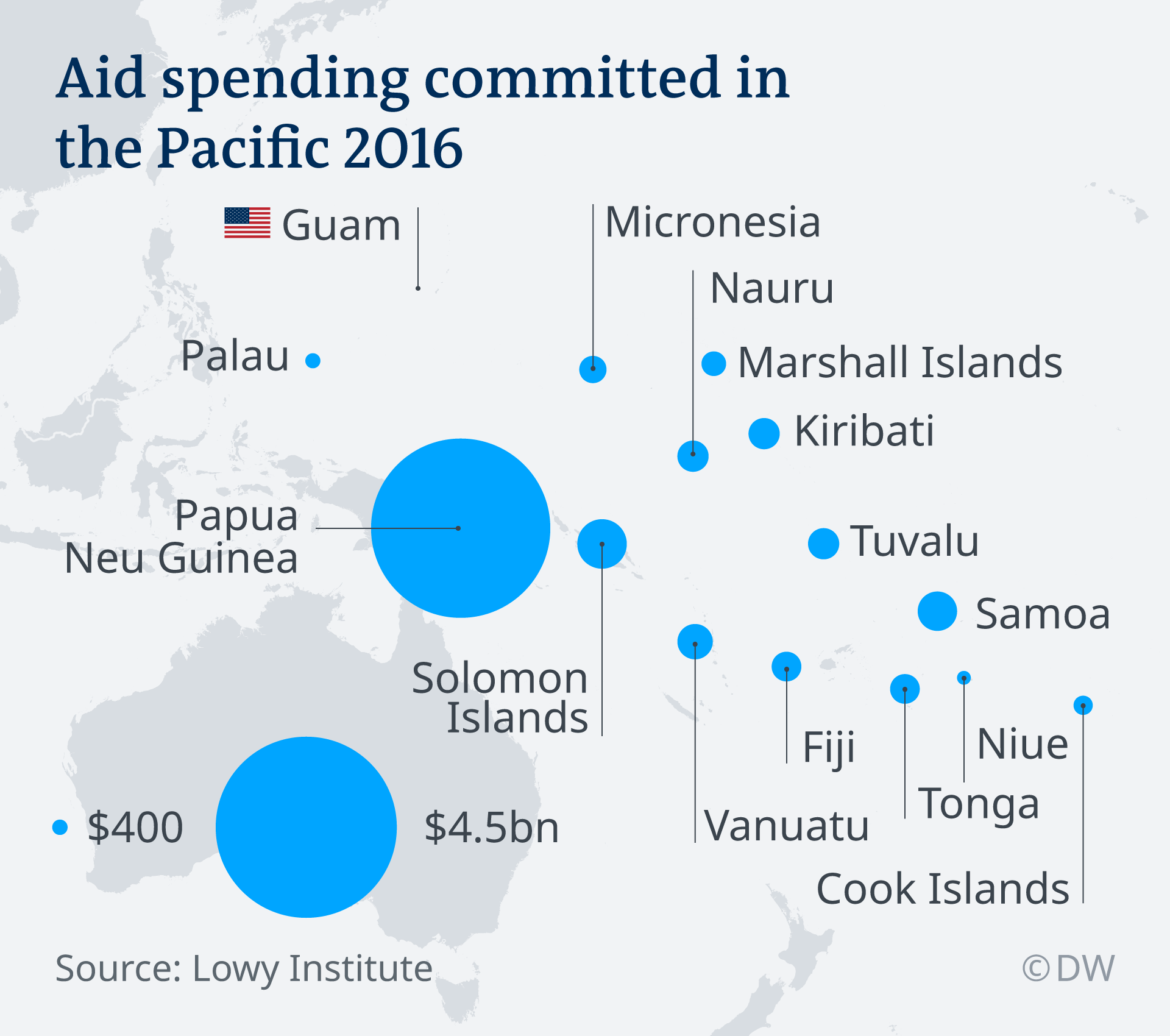 Observers note that the absence of US president at the summit in Port Moresby is a bad signal for US allies in Asia, especially considering the heavy Chinese presence in PNG. Donald Trump was also absent at the ASEAN summit in Singapore.

Singapore's Prime Minister Lee Hsien Long said that it would be preferable if the ASEAN countries did not have to choose between world powers, but that the day may come when ASEAN would have to choose one or the other.

"President Xi Jinping is a good friend of Papua New Guinea," PNG Prime Minister Peter O'Neill told reporters in Port Moresby, adding that Xi had "a lot of engagement" with PNG and that he had visited China 12 times in the last seven years.

PNG has the largest debt to China, at almost $590 million. President Xi has claimed that China is the largest foreign investor in PNG. But Xi may be getting ahead of himself. The investment from the US energy giant ExxonMobil in extraction and refining of natural gas has an investment volume of $19 billion.

The prime minister of the Pacific nation has declared a nine-month state of emergency. An armed mob had torched a passenger plane and set fire to a local governor's house days earlier. (18.06.2018)