The ten-member ASEAN and its partners are meeting this week amid worries the US-China trade row will negatively impact the region. The summit is expected to see progress made on a China-backed regional trade pact. 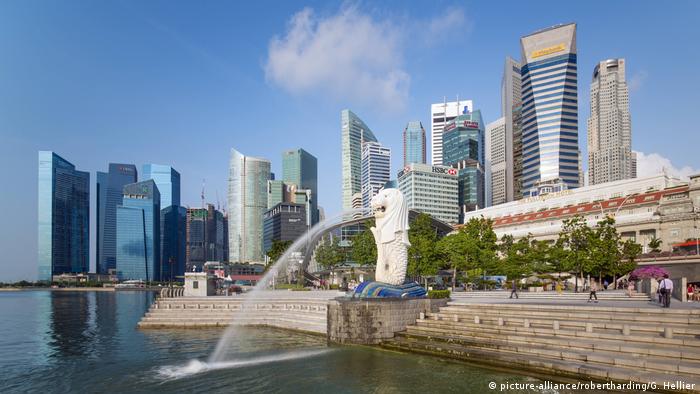 Singapore Prime Minister Lee Hsien Loong on Monday called for open markets and greater integration in Southeast Asia at a time when international cooperation is under threat.

Lee made the comments at a business forum in the city-state ahead of meetings this week of the ten-member Association of Southeast Asian Nations (ASEAN) and other regional partners.

"ASEAN has great potential, but fully realizing it depends on whether we choose to become more integrated, and work resolutely towards this goal in a world where multilateralism is fraying under political pressures," Lee said.

US President Donald Trump, who pulled the US out of the Trans-Pacific Partnership (TPP) trade deal and initiated a trade spat with China, will not be attending the summit after doing so last year.  Trump and Chinese President Xi Jinping are set to hold talks at the end of the month in a widely anticipated meeting in Buenos Aires in a bid to tamp down tit-for-tat trade retaliation.

The US-China trade row has the potential to harm markets beyond the world's two largest economies, including the ASEAN members, and leaders gathered in Singapore are expected to express their concerns to Pence and Li.

Many of the countries attending the ASEAN summit are expected to announce progress on the Regional Comprehensive Economic Partnership (RCEP) pact currently under negotiation.

The pact is less robust than TTP and groups the 10 ASEAN members plus China, India, Japan, South Korea, Australia and New Zealand.

'Global Partners for Global Challenges' is the theme of the two-day summit in Brussels. Ministers from China, Japan and Russia have made the trip to reaffirm support for multilateral cooperation. (18.10.2018)

China is trying to highlight it is open to importing more at a time it is under pressure to open its markets further. Critics say it is more talk than action. (05.11.2018)