China's premier has hailed progress on an agreement that would "ensure peace and stability" in the strategic sea. Beijing has continued to fill a void as US influence in the region wanes under Donald Trump. 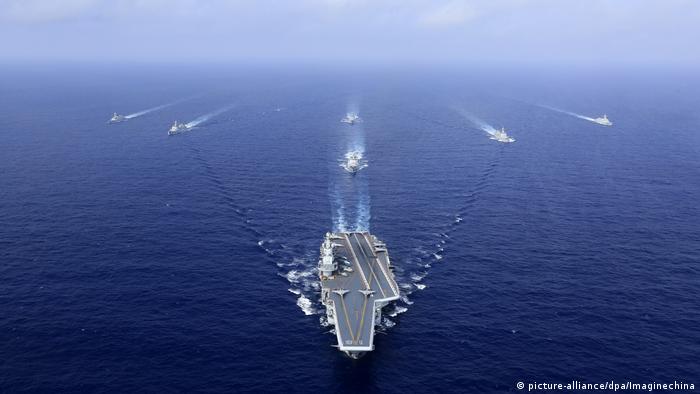 Chinese Prime Minister Li Keqiang on Wednesday said Beijing and countries with stakes in the South China Sea are closer than ever before to a "code of conduct" for the strategic thoroughfare.

Ahead of a meeting between China and the 10-nation Association of Southeast Asian Nations (ASEAN), Li said the recent adoption of a draft text for the pact was a major breakthrough.

"The single draft negotiating text is not merely a technical term, but an indication that China and ASEAN have reached consensus on ensuring peace and stability, freedom of overflight and navigation in the South China Sea," Li said. "We have found the way to properly manage and defuse differences." 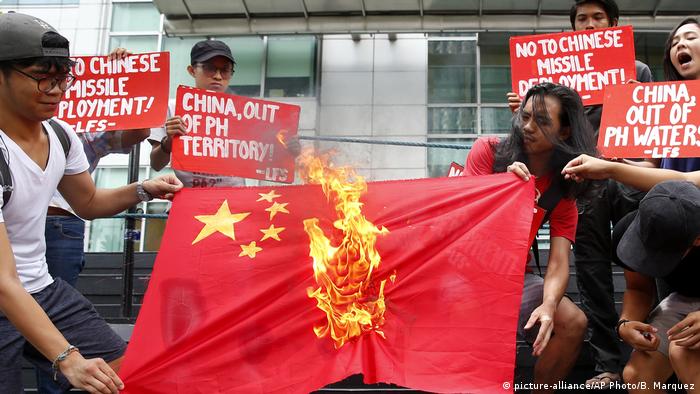 Tensions in some ASEAN countries, such as the Philippines, have prompted protests against Chinese military maneuvers in the South China Sea

While China maintains it has a historical right over the South China Sea, ASEAN members such as the Philippines, Malaysia, Vietnam and Brunei also claim land features in the area.

In 2016, an international tribunal found in favor of the Philippines in a territorial complaint, saying China had no historical rights to resources within its so-called "nine-dash line." The ruling further strained relations between Beijing and Manila.

Since then, Philippine President Rodrigo Duterte has attempted to defuse tensions, in part to attract infrastructure funding and increased trade and investment from Beijing. Duterte said on Wednesday that ASEAN countries have seen significant progress in relations with China.

"Everything's been excellent between China and the rest of ASEAN except for the fact that there's friction between the Western nations and China," Duterte said.

Earlier this week, Chinese Premier Li noted that Beijing will continue to push for free trade in the region at a moment when ASEAN leaders have started to sound the alarm about US protectionist policies.

"Free trade has, in some aspects, prevented war effectively," Li said in a speech on Tuesday in Singapore. "We are willing to negotiate with all sides to push ahead with free trade internationally, and we're also willing to discuss a fairer system."

Li is expected to rally support this week for the Regional Comprehensive Economic Partnership (RCEP), a free trade accord that would comprise more than a third of the world gross domestic product (GDP).

Beijing has stepped in to fill the void left when US President Donald Trump pulled his country out of the Trans-Pacific Partnership (TPP). China hopes to secure its own version by 2019.