Asia faces tough contradictions in dealing with climate change | World | Breaking news and perspectives from around the globe | DW | 15.12.2018

As the UN climate conference wraps up, Asia's emission-producing economic powerhouses have said their growing wealth doesn't guarantee they can fully comply with the Paris agreement without assistance. 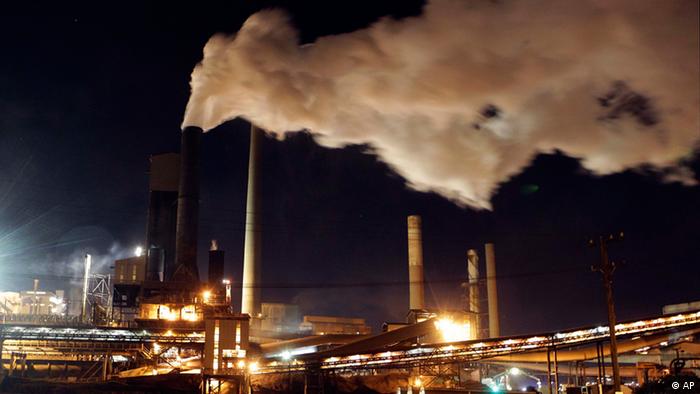 On Saturday climate change delegates concluded their latest round of negotiations on implementing the Paris agreement at the UN climate conference in Katowice, Poland.

The delegates at COP24 worked to agree on a so-called "rule book" for the Paris agreement that spells out a cohesive set of standards and procedures for enacting emissions-reducing policies to be followed by treaty signatories.

A major sticking point in negotiations was hammering out a new set of transparency standards. Negotiators and NGOs representing developing countries at COP24 have said that the rule book would impose new and difficult guidelines on them, while letting developed countries set the rules and ignore the consequences.

The issue of transparency presents an infrastructural and institutional problem for the poorest Asian countries, and in places like China and India, it also presents a contradiction. Both countries are in the process of lifting their populations out of poverty and building modern cities while creating a new generation of wealth and technology. At the same time, there is widespread poverty outside of the developed islands of prosperity.

This economic rise has released a massive amount of greenhouse gas into the atmosphere and the poorest regions of these countries are vulnerable to the acute effects of climate change like crop degradation and food shortages. 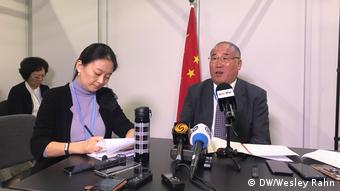 Xie Zhenhua: "Many developing countries are not comfortable with the state of negotiations"

"Objectively speaking, we are still a developing country, but we are a big developing country," Xie Zhenhua, China's Special Representative on Climate Change, told a group of reporters Thursday on the sidelines of negotiations at the Chinese delegation office in Katowice.

Xie emphasized that China was pushing the issue of flexible transparency for developing countries in the rule book negotiations.

"The problem is that commitments under the Paris agreement have not been fulfilled or are only being started to be fulfilled, while new requirements are being made for developing countries," said Xie, who is leading the Chinese delegation at COP24.

"Developed countries should have done a better job fulfilling their commitments and obligations,” he said, adding that China was performing well in reducing emissions and conserving energy while creating one-third of the world's total renewable energy capacity.

Under the Paris agreement, financial support for developing countries helps them to fulfill their commitments to the accord. Developing nations are asking for more flexibility in their implementation and reporting standards.

China, along with 134 developing nations, are part of a UN negotiating bloc known as the Group of 77 plus China. The poorest countries in the UN climate regime are known as the Least Developed Countries (LDCs). In Asia, these include Afghanistan, Bangladesh, Cambodia, Myanmar and Laos.

AK Mehta, who is leading India's delegation at COP24 told DW that India expects a "balanced agreement." India, along with China, has emphasized that it also needs flexibility in reporting climate obligations.

Although China and India are Asia's largest CO2 emitters, they are simultaneously developing massive public and private investment schemes to create a robust renewable energy infrastructure.

China leads the world in wind and solar production and India is investing massively in switching its dependency on coal-fired electricity. "We are trying to tap as much clean energy so that the common people can have access to renewable energy," Anand Kumar, India's secretary of renewable energy, told DW.

However, producing renewables also comes at a cost to the climate. Although China is trying to cut down on fossil fuels at home, it is exporting coal technology to countries part of its "Belt and Road" initiative.

Chinese climate delegate Xie maintained that this was a necessary evil in order to foster the development of renewables.

"For developing countries to develop renewable energy, one key challenge is to solve the link of these renewable sources to their grid system. That is why right now they need coal-fired power plants,” he said, adding that China's export of renewable energy technology amounted to 70 percent of the world total.

"Our scale of development has significantly brought down the cost of renewable energy," he said.

Smaller Asian economies like Indonesia have also said they will be beginning to pursue sustainable energy and work on development that doesn't degrade the country's forests.

In a more developed industrial economy like South Korea, the legacy of industry presents a different challenge than in smaller Asian economies like Indonesia, where the sustainable future of meeting their energy demands remains uncertain.

Tong Q-lee, a South Korean delegate at COP24, said that Seoul was introducing a "very ambitious" energy transition policy that would shut down coal plants and reduce emissions. "We will increase our renewable energy to 20 percent, right now it is at 5 percent," he told DW.

Tong added that the transition would be difficult in a country that has powerfully developed industrial interests, although he said the future was pointed toward renewables.

"Korean society is changing. Civil society is getting bigger and the government is very sensitive to these kinds of changes, despite resistance from the energy industry and traditional manufacturing," he said. "But even they are aware of the need for change, they must adopt new trends and are even trying to introduce new, energy-efficient technology. I think we can grow our economy with renewable energy."

However, the fact remains that across Asia and the rest of the world, the earth's atmosphere is getting warmer and levels of greenhouse gas emissions are currently at an unprecedented level. The global process addressing climate change may seem as colorless and intangible as CO2 itself, but like a greenhouse gas, the solution to the problem will take effect slowly and gradually.