COP24: Frustration and hope in the fight against climate change

Failure at this year's climate conference would be "suicidal," said the UN secretary general. DW's Louise Osborne and Jennifer Collins have seen frustration over slow progress. But young people are stepping up. 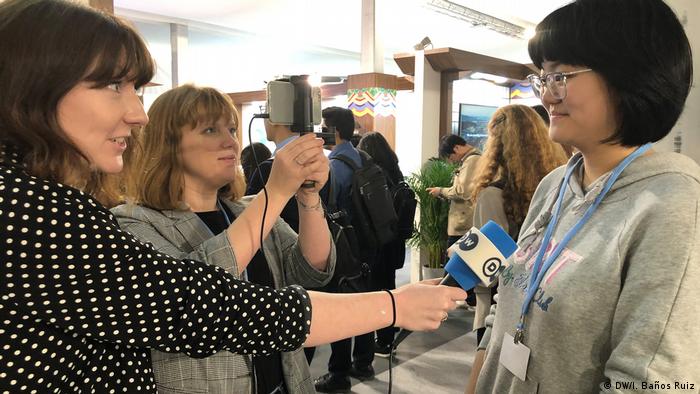 Every morning for the past two weeks, we've dropped by Austria for a coffee, popped across to the Pacific islands for a bit of music and stopped off in Poland to pick up some honey-covered wafers.

We know what you're thinking: What is the carbon footprint of that trip? But no, we haven't been flying all over the world. We've been at the United Nations COP24 climate conference in Katowice, Poland.

Here, the world fits into a giant spaceship-like conference hall, where some 20,000 people from more than 150 countries gather at all hours of the day to talk about how to tackle climate change, and where national delegations and civil society organizations set up "pavilions" and stands to showcase their green, or not-so-green, credentials.

Over the last 14 days, this pocket-sized world has become our global neighborhood. And though for the most part, it's been a friendly place, where neighbors have welcomed each other, chatted over a cup of coffee or just waved as they've hurried off to the next panel or meeting, it has also been characterized by dispute. Perhaps it's just like any neighborhood. Only here, the bones of contention don't relate to parking in the wrong driveway or negligent garden maintenance, but to the fate of the planet. 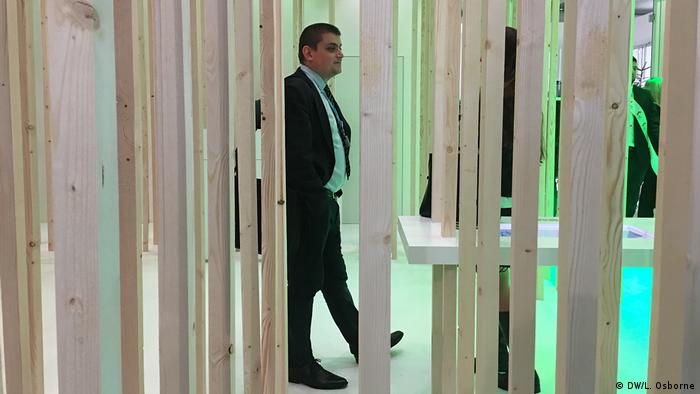 The pavilions set up around the conference give countries a chance to showcase their most precious features. The Polish pavilion represents its forests.

Most people at the conference know we need to limit global warming to 2 degrees Celsius (3.6 degrees Fahrenheit) above pre-industrial levels in this century—or preferably to 1.5 degrees. But what they can't agree on is how to make that reality.

At COP21, countries pulled off a major feat by signing the historic Paris Agreement. It was the first time the world had managed to achieve a strong, global treaty to tackle climate change. But three years on, there's still no consensus on its implementation. COP24 has been all about drafting an official "rulebook"— essentially a set of guidelines to govern how countries will monitor and report their greenhouse gas emissions cuts.

It can't come soon enough. Conflicting interests among many parties to the Paris Agreement are hindering progress, and two major carbon emitters, Brazil and the US, are threatening to pull out altogether.

Late last Saturday night, the media center here in Katowice was abuzz over delegates still debating in the plenary room. The clash came down to a single word. Oil-rich states, the USA, Russia, Saudi Arabia and Kuwait, wanted merely to "note" the IPCC's 1.5 climate report while other countries wanted to "welcome" it.

The farcical semantic argument so symbolic of the protracted process of international diplomacy is also emblematic of the frustration felt most among COP participants this year, particularly those from developing countries, who are already dealing with the effects of climate change and bracing themselves for the possibility of worse to come.

They're asking how it is that they have more ambitious climate plans than industrialized nations, many of which are still heavily reliant on the fossil fuels that drove their own development.

And that's one of the key issues that's been holding up progress. While industrialized countries say they're dedicated to combating climate change, some are resistant to making the sweeping reforms necessary to significantly cut emissions and meet the Paris goals. 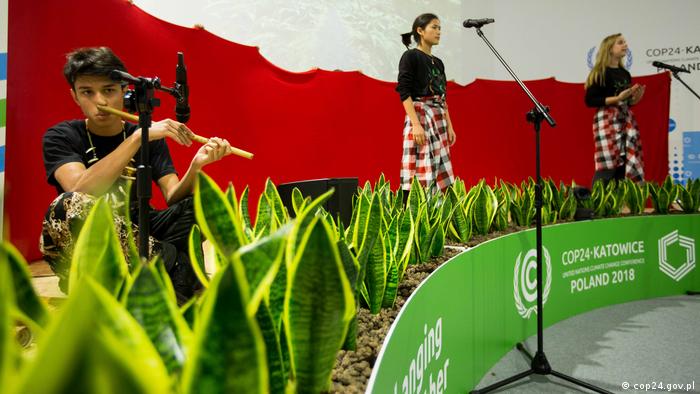 Young people have spoken loudly and clearly at COP24

Here in Poland, for example, coal is still a major industry, as it is in Germany. For those countries, the fossil fuel issue is not only bound up in financial interests, but jobs, and the problem of transitioning to renewables in a way that is fair to workers.

Polish coal miners  we spoke to said they know that transition has to come — although they disputed the urgency — but that communities need to come first.

And then there's the money that industrialized countries pledged to invest in adaptation and mitigation measures in the developing world as part of the Green Climate Fund — $100 billion (€88 billion) per year up to 2020.

Zoe Ayong, part for the delegation of the Pacific island Vanuatu, said it is worrying to realize, as she has, that some developed countries aren't really interested in keeping the fund topped up, although countries like Norway and Germany have pledged to double their funding as the US stopped its contribution.

Most people we spoke to this year were worried. Worried the rulebook would be watered down, worried the financing wouldn't be there for developing countries, worried that there is no political will for action to ensure targets are met. 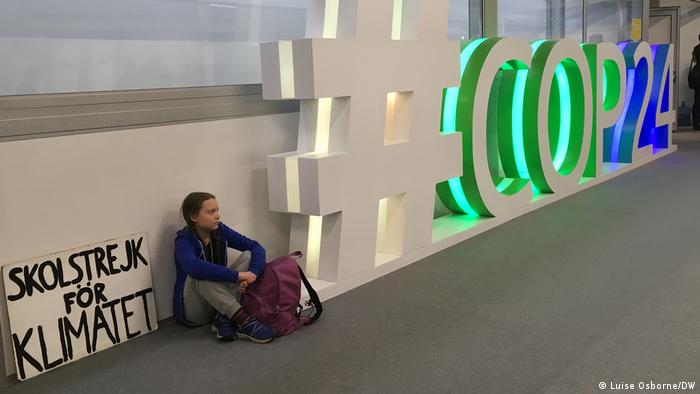 But heightened ambitions are what young people really want to see from the global neighborhood at COP. They see the toll that centuries of burning fossil fuels has taken on the Earth. And they understand, as Canadian youth delegate Sophia Yang told us, what is at stake.

"It's definitely extremely frustrating because we are the generation and also our children and more to come who will be facing the biggest consequences of climate change," she said. "But all these discussions and negotiations are made by the older generation that has no place in representing us."

She wants the generations before her to step aside and allow her and her peers to have a say in what their world will look like. And at 22, she's by no means among the youngest here.

Fifteen-year-old Greta Thunberg from Sweden has been leading the charge. She has caught the world's attention by going on a school strike every Friday, and standing in front of the Swedish parliament until her country takes tougher action on climate change.

It's too urgent for the snail's pace at the talks, she said. "We need to act now."

As our pocket-sized world is packed away for another year, we wonder whether we'll meet Greta and her peers in a COP neighborhood of the future. What that future will be like is going to depend very much on what states decide now in Poland.