The defendant has said he only wanted to threaten the pro-immigration mayor of Altena. The 56-year-old will still likely be tried for grievous bodily harm. 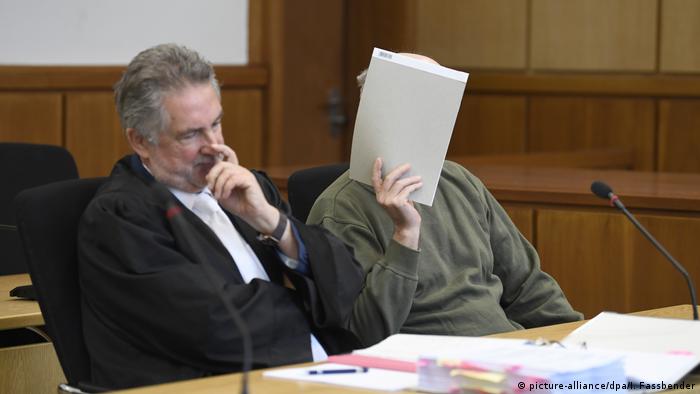 On Thursday, a German court ruled that a man charged with stabbing his town's pro-refugee mayor would not be convicted of attempted murder. He is, however, still likely to be charged with grievous bodily harm.

The 56-year-old defendant is on trial for the November 2017 attack on Mayor Andreas Hollstein of Altena, in western Germany. Hollstein was visiting a local fast food restaurant, City Döner-Pizza, when a man came up to him, shouting about immigration policy. Then he struck at Hollstein with a knife, though the restaurant's owner, Demir Abdullah, and his son were able to fight the assailant off.

Hollstein survived, but was left with a 15-centimeter (5.9-inch) wound on his neck.

Before the attack, Altena was known for winning Germany's first ever National Prize for Integration after the village took in 370 refugees, 100 more than they were legally obligated to. Many of the town's residents accommodated migrants in their homes, and others volunteered their time teaching refugees the German language. The town has also acknowledged that the refugee influx has helped their small town, which was struggling with a dropping population before 2015.

After the attack, most residents were shocked that such a violent attack could happen in their small town. But a few admitted to DW that some of the 17,000 residents were not pleased with Hollstein's open-door policy.

The suspect has admitted to the crime in court, but has said that he merely wanted to threaten Hollstein and had no intention of killing him.