The mayor of the western German town of Altena has been stabbed inside a kebab shop in an attack described by authorities as "politically motivated." Altena is known for welcoming refugees. One man has been charged. 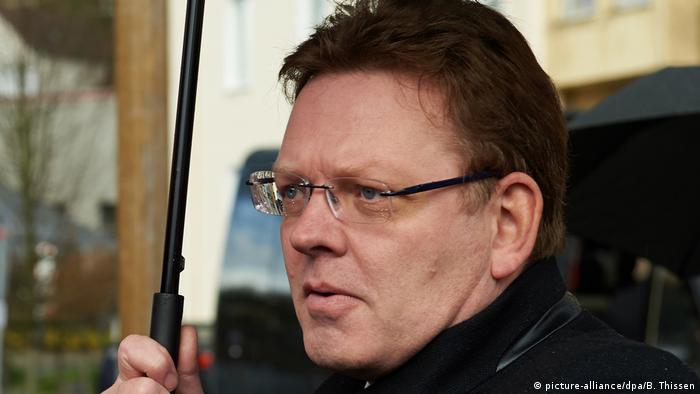 The conservative mayor of Altena in the western German state of North Rhine-Westphalia was rushed to hospital Monday evening after being slashed with a knife in a local kebab shop.

One of those who came to Hollstein's aid was also reportedly injured.

Andreas Hollstein, a member of German Chancellor Angela Merkel's Christian Democratic Union (CDU), has since left the hospital, according to local media outlets. He reportedly suffered minor injuries to his throat.

A 56-year-old man has been charged with attempted murder.

Sporting a patch over the stab wound to his neck, the mayor appeared at a press conference on Tuesday morning and thanked those who intervened. Hollstein said he believed he might have been killed if they had not managed to overwhelm the attacker.

"Yes, I was worried about my life," he said.

Hollstein said he, like  other local politicians, had repeatedly been at the receiving end of hatred and threats. There had been repeated "anonymous emails soaked in hate." Even after the attack, Hollstein said, he had received emails from people saying the attacker had done the right thing.

The 54-year-old mayor spoke about his reasons for entering local politics. "My interest is in looking after the town's interests. That’s what drives me on," Hollstein added, describing the "charm" of local politics as being able to speak his mind and talk directly to local people. "At the moment I’m just carrying on," said Hollstein.

Merkel expressed her shock at the attack in a Twitter statement via her spokesman. "I am horrified by the knife attack on the mayor Andreas Hollstein — and very relieved that he can already be back with his family. Thanks also to those who helped him."

'Are you the mayor?'

Reporting from Altena, DW's Rebecca Staudenmaier was told there was a feeling of shock, although some were uneasy about the influx of refugees.

The mayor later visited the site of the kebab shop where the attack happened, thanking the owner Demir Abdullah for coming to his aid.

"He gave me flowers," Abdullah told DW. "He said thank you."

"Authorities are proceeding on the assumption that there was a political motive to the attack," he said.

The suspect, who according to German news site WAZ was drunk, had asked Hollstein whether he was the mayor before striking him.

Laschet also said the suspect had made comments related to migration policy.

- Two years since Germany opened its borders to refugees: A chronology

- How refugees are settling into Germany, two years on

Under Hollstein, Altena has accepted more refugees than required by a national quota. That distinction attracted widespread attention in Germany after a recent influx of migrants from the Middle East and Africa sparked a national debate on immigration and integration. 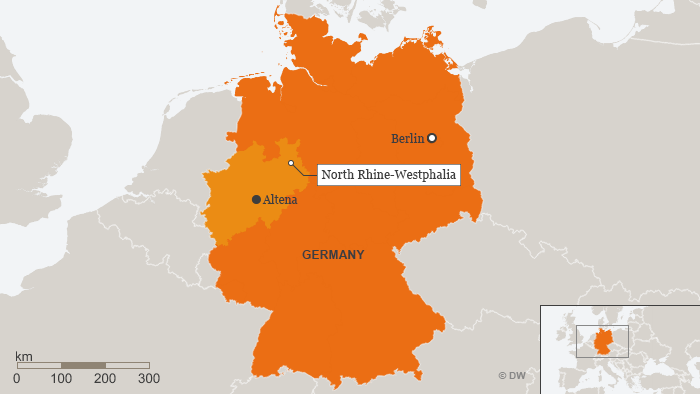 The attack against Hollstein comes two years after a right-wing extremist stabbed the mayor of the nearby city of Cologne. Henriette Reker, an independent, recovered after sustaining life-threatening injuries.

Speaking on Monday evening, Laschet denounced attacks against public officials and condemned right-wing extremism in his state. "There is no place for hate and violence in North Rhine-Westphalia. Diversity is a hallmark of our state."