The German chancellor is heading to Brussels on Thursday to try to secure a deal on migrants and save her government. But things on the home front look grim amid a Bavarian rebellion within her own conservative bloc. 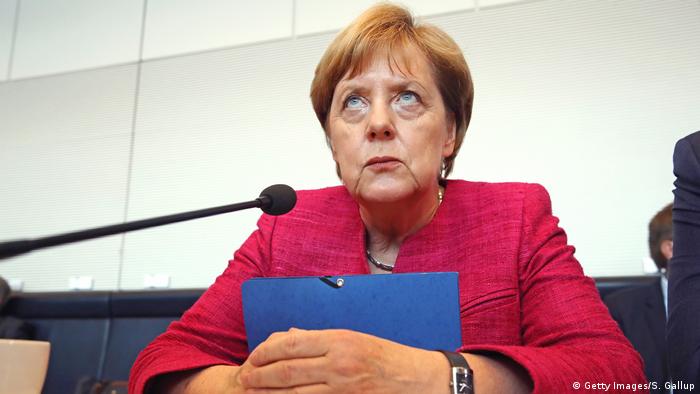 The impasse within the German government over Angela Merkel's policy on migrants is taking its toll on both parties involved.

In a public opinion poll commissioned by Der Spiegel magazine, only 29.8 percent of those asked said they would vote for the conservative CDU-CSU alliance, if Germany were to hold a national election on Sunday.

The dip in the polls to below the psychologically significant 30-percent mark is a further indication that quarrels between Merkel's Christian Democratic Union (CDU) and its Bavarian sister party, the Christian Social Union (CSU), over migrant policy are hurting the conservative bloc as a whole. The CSU is currently polling around a mere 40 percent in regional polling ahead of October's local Bavarian election, in which the party aspires to retain its absolute majority. In post-war Germany history, the CSU usually governs Bavarian on its own.

Led by Interior Minister and party chairman Horst Seehofer, the CSU insists that Germany should turn back asylum-seekers registered in other EU countries at its national borders. Merkel says this violates the EU's principle of freedom of movement and is seeking European-wide and multi-lateral solutions.

What is otherwise a question of implementing German and EU law has essentially turned into a contest of wills to determine the direction of German conservatism. Seehofer and the CSU have threatened to impose border checks against the chancellor's will if she doesn't reach a satisfactory deal with other EU member states at the bloc's meeting in Brussels on Thursday. 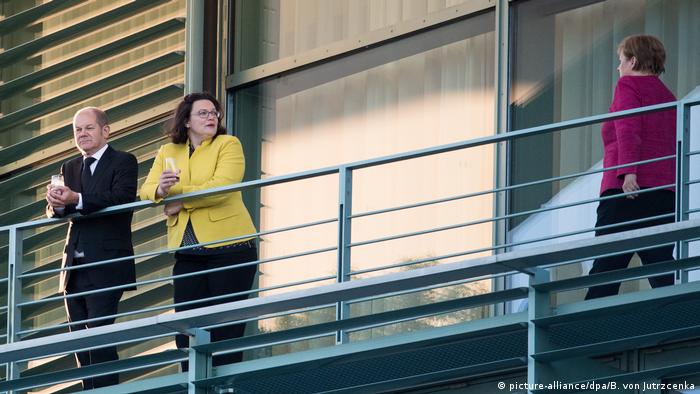 Center-left SPD: 'We don't know how the week will end'

In an attempt to defuse the conflict, leaders of Angela Merkel's governing coalition, made up of the CDU-CSU and the Social Democrats (SPD), met for four hours on Tuesday evening, but there was no breakthrough on migrant policy.

The talks were "serious" but yielded "no results," SPD chairwoman Andrea Nahles told German television on Wednesday morning. Nahles characterized the governmental impasse as "unsatisfactory," adding: "We don't know how the week will end."

CSU regional leader Alexander Dobrindt told German television that the situation was "tense" and the debates were "between the CDU and CSU and less so with the SPD."

CDU parliamentary leader Volker Kauder struck a slightly more optimistic tone, saying, "As long as people are talking about how things will proceed, there is a reason to hope we'll get a result."

Merkel will address the Bundestag on Thursday morning before flying to Brussels to meet with the leaders of the other EU states. The results of those talks may be crucial in determining the fate not just of a limited number of refugees in central Europe but Merkel's government itself. The chancellor needs the votes of the CSU to maintain her narrow parliamentary majority. Should it come to a historic break within the CDU-CSU parliamentary group, Merkel would need to find a new coalition partner or risk being driven from the chancellery. 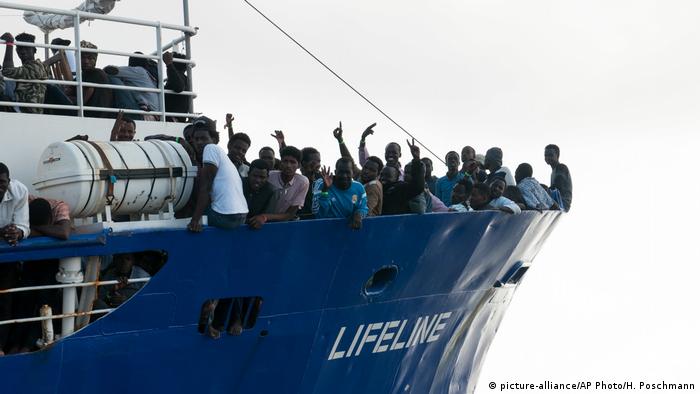 Off the record, even some members of the governing parties admit they don't know how the situation has been allowed to escalate to this extent.  The main beneficiary of the impasse has thus far been the far-right populist Alternative for Germany (AfD) party, which at the moment is polling around 16 percent nationally and around 13 percent in Bavaria.

"We as the AfD may be profiting from it," AfD Co-Chairman Jörg Meuthen told the dpa news agency, "but for our country what's going on is a tragedy."

The other opposition parties accuse Seehofer and the CSU of being guided more by the Bavarian election in October, where they fear losing votes to the AfD, than by the welfare of the nation.

"It's irresponsible for the CSU to drive Germany into a governmental crisis," Green Party deputy Franziska Brantner told Deutsche Welle. "That makes it more difficult to find sensible solutions. A chancellor with her back to the wall isn't someone who can put together sensible compromises. It's sad that in such difficult times a regional party paralyzes all of Europe in the interests of their votes."

"It's only a year ago that Horst Seehofer was talking about the rule of injustice," Left Party co-chairman Dietmar Bartsch said to German radio. "It hard to imagine some saying that who's now the minister responsible for the constitution. I've never experienced a government like this in all my years in politics, and I think it can't continue."

In a magazine interview, the head of the center-right Free Democrats, Christian Lindner, also said the CSU was "taking a whole country, a whole continent, hostage."

Fewer migrants have landed in Italy in 2018 than in previous years, but Rome says it's reached its limit

What can Merkel achieve in Brussels?

There is no consensus among EU member status on the migrant issue. While nearly everyone agrees that the bloc needs to beef up its external border security force Frontex, there is a major disagreement on the topic of which countries should take in how many migrants. Eastern European nations like Hungary essentially don't want to admit any at all, while Italy says it has reached the limits of its capacity and cannot take back migrants from Germany even if required to do so under the EU's Dublin agreement.

On the eve of the Brussels meeting, the German government made it clear that it expected the issue of secondary migration — people registering for asylum in one EU country but then moving on within the EU — to be near the top of the agenda. Assurances on this score combined with an acceleration of plans to expand Frontex personnel from 1200 to 10,000 would go some way toward addressing the CSU's concerns and could permit a face-saving compromise.

But Berlin is also seeking to dampen expectations for the meeting. No formal overarching deal on migrants is expected by Friday, and while the German government says it will engage in bilateral and multilateral talks with other EU states to address specific topics, no specific meetings have been arranged.

All of that means that Merkel may well return to Germany without enough progress to pacify critics within her own government and shore up her coalition.