Italy is impounding a Dutch-flagged migrant rescue ship after the Netherlands denied responsibility for the vessel. It is operated by German NGO Mission Lifeline. 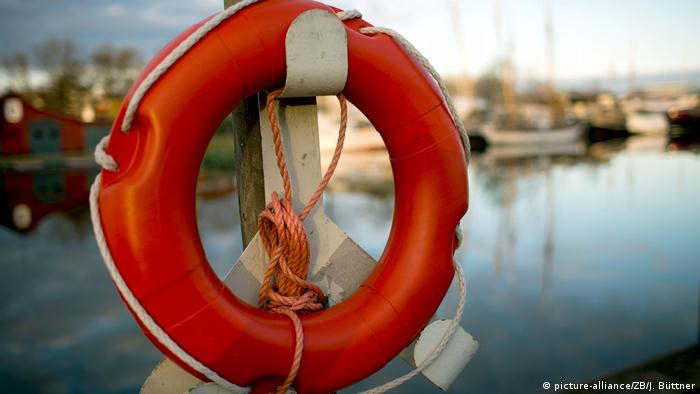 Italy said on Thursday said it would seize and impound the migrant rescue ship Lifeline, which is carrying 226 migrants.

The ship, operated by German NGO Mission Lifeline and flying a Dutch flag, requested the right to enter an Italian port after picking up migrants from two rubber boats in international waters off the coast of Libya.

Italian Interior Minister Matteo Salvini initially denied Lifeline access to Italian ports, telling the ship to take the migrants to the Netherlands. Italy's transport minister, Danilo Toninelli, however, said it was unsafe for the 32-meter vessel to make the journey with so many people on board.

The Netherlands denied responsibility for the boat. "They have a Dutch flag, but they are not registered in the Netherlands, and therefore are not under Dutch state flag responsibility," Dutch Foreign Ministry spokesman Lennart Wegewijs said.

Mission Lifeline shared a photo of a registration document showing its ship sailed under a Dutch flag.

Salvini said he had contacted the Dutch ambassador about the ship's activities, adding that the migrants "will only see Italy on a postcard."

"We will assume the humanitarian generosity and responsibility to save these people and take them onto Italian coast guard ships," Toninelli said in a video posted on Facebook.

The crew of the ship had spotted the migrants early Thursday morning. Italian authorities told the Lifeline that Libya's coast guard was going to pick them up, but the boat rescued them anyway.

Mission Lifeline spokesman Axel Speier said the conditions of the migrants were "OK" and that 14 women and four small children were onboard. He said they picked up the migrants because they would not have been safe in Libya.

People rescued at sea should be taken to the nearest "place of safety," per international maritime guidelines. The United Nations and other humanitarian organizations do not deem Libya as a "place of safety" because they say migrants there are subject to indefinite detention, physical abuse, slavery and extortion.

"You have intentionally not listened to Italian or Libyan authorities. Good. Then take this load of human beings to the Netherlands," Salvini said in a Facebook message. He added that the boat put the migrants' lives in danger as the ship had a "capacity to carry 50 people" but had taken more than 200.

Mission Life said in a statement that it "fears that a similar situation to the Aquarius ... could be on the horizon." Aquarius was an NGO-operated migrant rescue ship that Salvini turned away last week. The vessel, which was carrying more than 600 migrants, eventually docked in Spain after traveling an additional 1,500 kilometers (932 miles).

Earlier this month, Salvini, the leader of Italy's anti-immigrant League party, pledged not to allow charity boats carrying migrants the right to dock in Italy, saying that the Italian coast guard would rescue migrants in the Mediterranean. 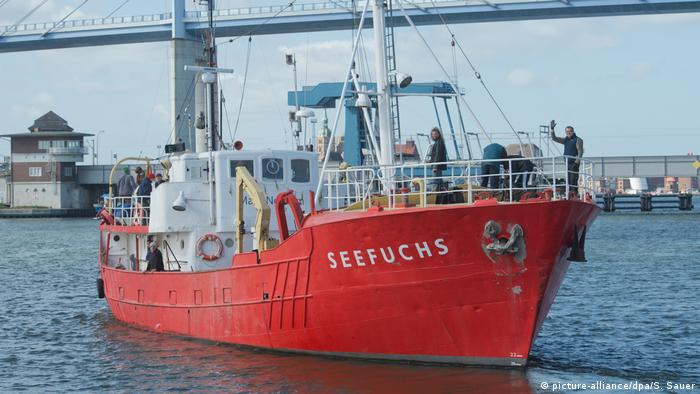 Also Thursday, the Seefuchs, another Dutch-flagged ship operated by the German charity Sea Eye, ended its sea rescue mission after the Dutch government said that it was no longer responsible for the vessel. Toninelli said the Seefuchs would receive the same treatment as the Lifeline.

The UN said on Thursday that more than 1,000 migrants have died in the Mediterranean in 2018. At least 220 drowning off the coast of Libya in the last two days while trying to reach Europe.

Italy's new populist government, comprised of a coalition between the League and the anti-establishment Five Star movement, has thrust Europe's migrant crisis to the forefront. Italy has allowed 640,000 migrants land on its shores since 2014 and is currently sheltering 170,000.

An emergency "mini-summit" has been called for Brussels on Sunday to discuss immigration ahead of a full, 28-state EU summit on June 28-29.