How Germany became a country of immigrants | Germany | News and in-depth reporting from Berlin and beyond | DW | 30.10.2011

Turks first came to West Germany in large numbers after a worker recruitment agreement was signed on October 30, 1961. At the time, neither the 'guest workers' nor the German authorities expected them to stay long term. 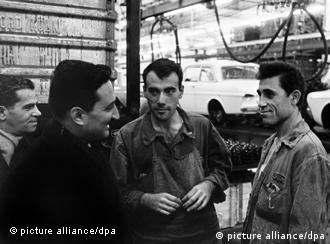 After a recruitment agreement between West Germany and Turkey was signed on October 30, 1961, Turks began coming to Germany in large numbers as guest workers.

They did not come with the intention of settling in Germany, and at the time, the West German government did not see any need for a specific policy for these temporary "guests." Although information centers were set up for them and there were Turkish-language broadcasts on German television, there was no actual policy directed specifically towards guest workers.

The decisions that had the biggest impact on the development of Germany's Turkish population came in the 1970s, as Chancellor Willy Brandt became concerned about the societal challenges facing the country.

"We need to consider very carefully at what point our society's absorptive capacity has been reached," Brandt said in a government policy statement in 1972.

This statement was seen as a sign of a major change in government policy, which in turn led to a turning point for the guest workers living in West Germany.

About 10 months later, in 1973, the government decided to put an end to the recruitment of Turkish guest workers. 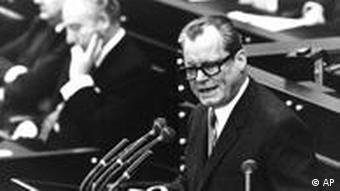 According to Rita Süssmuth, the former president of the German parliament, the Bundestag, this decision had serious consequences for the country. Süssmuth remembers how almost half of the guest workers quickly returned home, while the ones that stayed started bringing their families to West Germany.

At the start of the 1970s, the government made it easier for Turkish guest workers to obtain residence permits and bring their families to join them. That's when Turks began to settle in West Germany.

Safter Cinar, the representative responsible for migration and integration issues at the German Federation of Trade Unions, believes the West German government at the time was not prepared for this wave of immigration. He criticizes West Germany for failing to do the long-term planning necessary before allowing entire families to move to the country.

"It meant that a lot of children turned up in kindergartens or schools speaking another language, practicing a different religion and coming from a different culture," he said.

A commissioner for foreigners

The first proposals for integrating guest workers and their families came from Heinz Kühn, the West German government's first commissioner for foreigners, who presented a report on the issue in 1979.

Cinar believes many of the recommendations contained in that report remain just as relevant today.

"For example, issues like reforming the education system, hiring appropriate personnel, and education in the native language were up for discussion," he said.

Kühn also recommended that the naturalization process be sped up and simplified, and suggested that dual citizenship should be allowed.

The government of the day, though, ignored the report. Instead, Cinar points out, it introduced measures that did just the opposite, like putting restrictions on moving families to West Germany, which came into force in 1981.

In his first policy statement after becoming West German chancellor in 1982, Helmut Kohl indicated that his government would implement a more strict policy on foreigners.

One year later, his government passed a law that would provide financial assistance to Turkish residents of West Germany who wished to return home. However, many immigrants didn't take the government up on the offer. 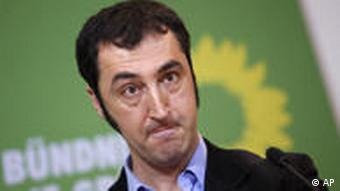 Although by the mid-1990s 2 million people of Turkish origin lived in Germany, the question of whether this was a country of immigration was still a hot topic of discussion.

Klaus Bade, chairman of the Advisory Council of the Foundations for Integration and Migration, believes it took until the end of 1990s for the issue of integration to make it onto the political agenda.

Bade argues that the center-left coalition of Social Democrats and Greens was the first government to make a serious effort at shaping integration policy in the country. The current government, under Chancellor Angela Merkel, continued down this path, according to Bade.

But at the same time, more restrictions were placed on foreigners. Dual citizenship was no longer tolerated and those wanting to move to Germany were expected to learn the language. Bringing family members to the country and gaining German citizenship through naturalization was made more difficult.

Since then, though, dialogue with immigrants has taken on a more prominent role. Integration summits under Merkel are an example of such efforts. Migration and integration have become topics of sometimes heated debate.

'Germany is a society of immigrants'

Looking back over the past 50 years, Bade believes the issues of migration and integration have become an integral part of German politics, and he looks toward the future with optimism.

Germany and German politicians now understood that the country is one of immigration, a society of immigrants. Bade says integration has become a mainstream issue, a central political issue.

As he points out, it can no longer be denied that Germany is a country of immigrants.

The goal of integration is creating equal opportunity, not a homogenous cultural identity, Manfred Schmidt, president of the Federal Office for Migration and Refugees, told Deutsche Welle in an interview. (26.10.2011)