An end to neo-Islamism in the Middle East? 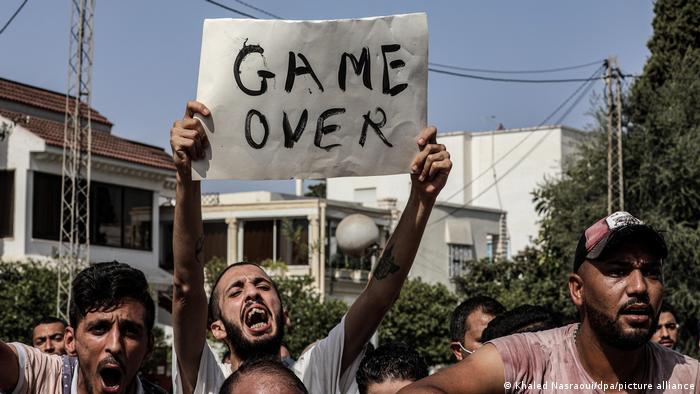 Last week, the party that previously held a majority in the Moroccan parliament suffered a crushing setback. In the country's federal elections last Wednesday, the Justice and Development Party lost 113 of the 125 seats it had won in the last election.

In previous ballots of 2016 and 2011, the party, commonly known as the PJD, ended up with a majority in the 395-seat assembly. But now the party, which is closely connected to the Muslim Brotherhood — a movement that centers Islam in its political and social work — retains just 13 seats.

"The party's drop reflects a popular public perception that Morocco's central bureaucracy aligned with the palace is better able to manage the economy, navigate crisis, and create job growth," said Michael Tanchum, of the Austrian Institute for Security Policy and a non-resident fellow at the Middle East Institute in Washington.

The PJD's defeat comes at the same time as other Muslim Brotherhood-connected political parties, most of which also came to power in the region after the so-called Arab Spring in 2011, are facing setbacks — albeit in varying circumstances.

In Tunisia, the mainstream Islamist party, Ennahda, was pushed out of power after President Kais Saied suspended the country's parliament in July.

In Egypt, Muslim Brotherhood candidate Mohamed Morsi won that country's first post-Arab Spring elections in 2012. But a coup by the Egyptian military in 2013 overthrew Morsi's government, and the incoming authoritarian leadership arrested and killed many members of the movement.

Thousands of exiled members of Egypt's Muslim Brotherhood took shelter in Turkey, Until relatively recently, they had been supported by the Turkish government, which significantly cooled diplomatic relations between Egypt and Turkey.

But early last year, that began to change, with Turkish authorities taking actions such as preventing Egyptian opposition satellite stations in the country from broadcasting criticism of the Egyptian regime.

This change of Turkish attitude stemmed from several factors, including a new United States government less engaged in the region, deterioration of Turkey's relationships with other Gulf Arab nations like Saudi Arabia and the United Arab Emirates, and economic woes at home, analysts at the Washington Institute for Near East Policy wrote in March this year. 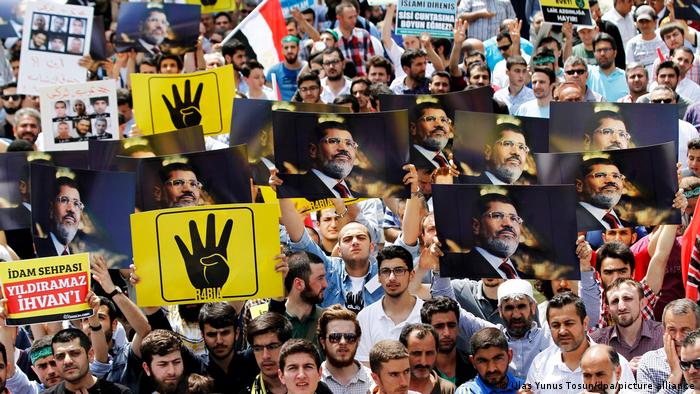 "It appears his [Turkish President Recep Tayyip Erdogan's] first choice was to sacrifice the Muslim Brotherhood to pursue appeasement with Cairo and Riyadh […] in the hopes of securing new friends in the region," they concluded.

These changes of fortune for Muslim Brotherhood-inspired groups has led to suggestions that the era of what has been described as neo-Islamism is now over.

However, many in the field dismiss this. After all, this isn't the first time the demise of Muslim Brotherhood affiliates has been mooted, they told DW.

Their demise "was predicted in the '50s, the '60s and the '70s," said Mohamed Daadaoui, a political science professor who specializes in North African politics at Oklahoma City University in the US.

"But they keep coming back. Islamists have a tremendous ability to reinvent and reenergize themselves. They may be in a moment of weakness right now — especially in Morocco, vis-a-vis the state —  but they are not gone. And they are tremendously resilient." 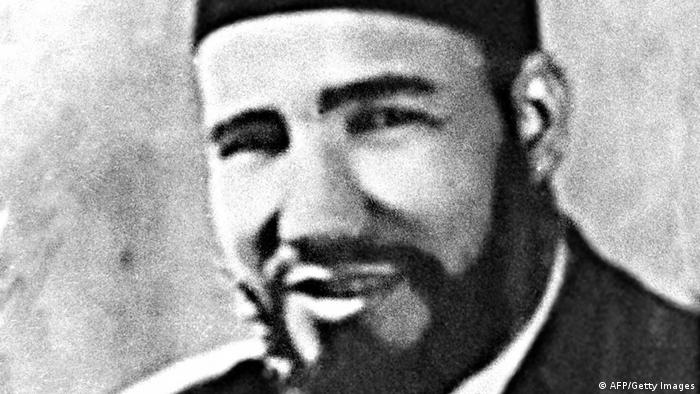 At its inception, the movement was one of opposition, both to the Egyptian administration of the time and the influence of British colonialism.

Although it began as more of an apolitical movement mostly concerned with charity and religious reform, the Muslim Brotherhood — often referred in Arabic as "Ikhwan," or simply "the Brothers" — has grown to be one of the world's most influential Islamist political movements.

It has inspired groups and political parties throughout the Middle East, including in Jordan, Bahrain, Syria, Sudan, Libya, Palestine and Algeria, among others. Some of these still link themselves explicitly to the original group; others do not.

Because these groups can mobilize such strong opposition, leaders of countries with autocratic governments fear the challenge they could present. Saudi Arabia, Egypt, the United Arab Emirates and Russia all classify the Muslim Brotherhood as a terrorist organization.

Yet, despite the Muslim Brotherhood's many ups and downs, it has never completely disappeared. 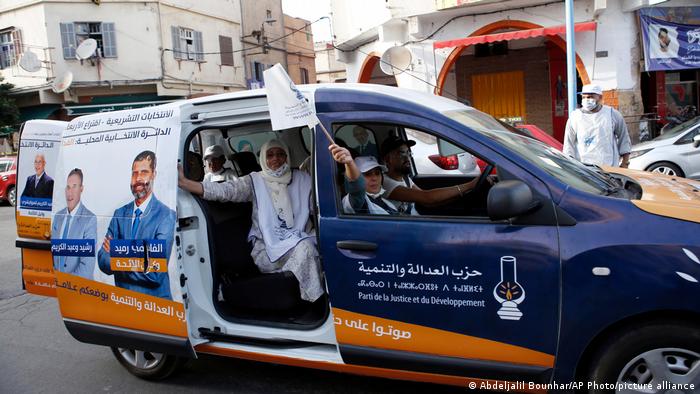 In previous elections, the PJD had dominated the Moroccan vote

This is at least in part due to the movement's "horizontal" rather than hierarchical structure, said Gillian Kennedy, a lecturer in politics and international relations at the University of Southampton in the United Kingdom. She has studied the Egyptian Muslim Brotherhood and its exiles in depth.

She describes thousands of "small study groups" all around the world. "Each will have something like five to 15 members, almost always male," Kennedy explained to DW. "And these will have a special focus, like teaching or providing social care."

Some Brotherhood groups have come into financial trouble, even having to close down some media outlets, she continued. "But it would be almost impossible to destroy those networks," Kennedy said. "It's a strong ideology with deep cultural roots across the region."

Kennedy noted that most Muslim Brotherhood exiles now live in either Turkey, Qatar or the UK. Even though the Turkish government is no longer as overtly supportive of their communities there, the county's government still tolerates them, she added.

Kennedy believes the main problem neo-Islamist political parties are facing is that they haven't proven themselves particularly adept at running a country.

"They played the oppositional role for so long" and are "dependent on ideology," she explained. "Older Muslim Brothers would often just say, 'Islam is the solution.' But they didn't know how to govern," Kennedy said.

Supporters concede that even though these parties have been in power for eight or nine years, the same problems still exist, Kennedy noted. 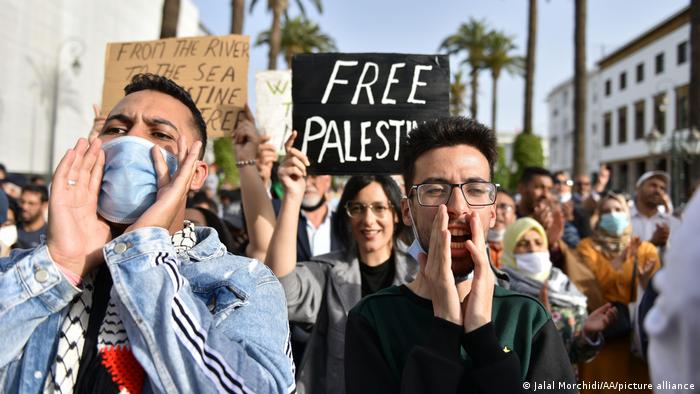 Many Morrocans opposed their government's decision to normalize relations with Israel

Being in the opposition, with neighborhood networks, Muslim Brotherhood-style organizations "were previously the parties of the people," Kennedy said. "But now they've become parties of the state."

"There's a disconnect," she points out.

Among the reasons the PJD performed so badly in elections last week is because it has, knowingly and under pressure from the Moroccan monarchy, gone along with unpopular state policies such as the normalization of ties with Israel.

The Muslim Brotherhood and its affiliates may be in the "political wilderness" for now, Kennedy said. But she describes this is a perhaps transitory moment, a time for self-reflection.

"There is a younger generation in those parties having quite different conversations, trying to come up with pragmatic policies on things like youth unemployment, corruption, taxation and even climate change. And they're asking questions like: What is political Islam 2.0?"

Could Morocco's WAFCON success jump-start the women's game in the Arab world? 30.08.2022

Euro 2022 may go down as a turning point, attracting record crowds. Less noticed beyond Africa was WAFCON, which also set attendance records. Now hosts Morocco are on the verge of making more footballing history.