The Gulf country's Islamist-dominated opposition has won nearly half of the seats in the country's parliament. The victory raises fears among some of renewed political wrangling. 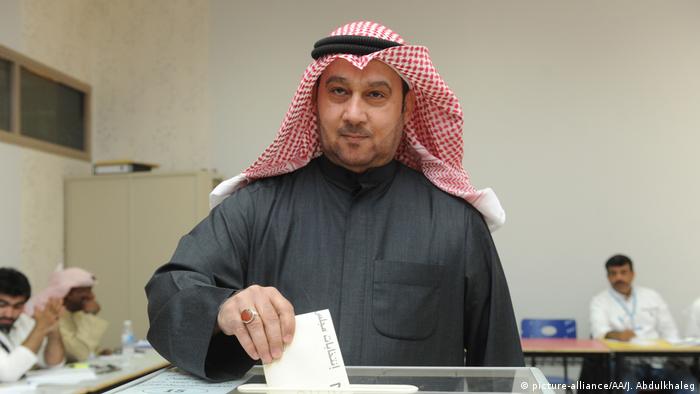 The opposition and its allies won 24 of the 50 seats in the parliament, Kuwait's electoral authority announced on Sunday.

The opposing parties, including Islamists, liberals and nationalists boycotted the previous two elections to protest the voting system decreed by the ruling Emir Sabah al Ahmed al Sabah in 2012.

Voters have turned out in large numbers for Kuwait's first election contested by the opposition in four years. Stakes are high, with dissatisfaction mounting as falling oil revenues force deep cuts in public spending. (27.11.2016)

Kuwaitis head to the polls as opposition ends boycott

Kuwaitis vote on Saturday to elect the representatives of the country's parliament. The tiny Gulf nation is struggling to cope with political conflicts, a slump in oil prices and security challenges posed by Islamists. (26.11.2016)

Six of the winners - down from nine in the previous house - were from Kuwait's Shiite minority, which makes up 30 percent of the population. Around half of those who won were from groups linked to the Muslim Brotherhood and Salafists.

Only one woman was elected.

Despite the opposition's win, the emir was expected to ask either the incumbent prime minister or another leading figure from the ruling family to form a new cabinet. However, the government still retained a majority, because unelected cabinet ministers also became members of parliament, helping to consolidate the royal family's grip.

Saturday's elections were the fourth since 2012 and were called after a dispute between the government and parliament over austerity measures following low oil prices. Oil income accounts for 95 percent of government revenues and has fallen by 60 percent in the last year. The Gulf nation's budget deficit is around $15 billion.

Kuwait holds free elections but most power remains in the hands of the ruling al Sabah family, although the parliament exercises a right to interrogate ministers and can pass a vote of no-confidence.

Kuwaiti citizens make only 30 percent of the emirate's population of 4.4 million.