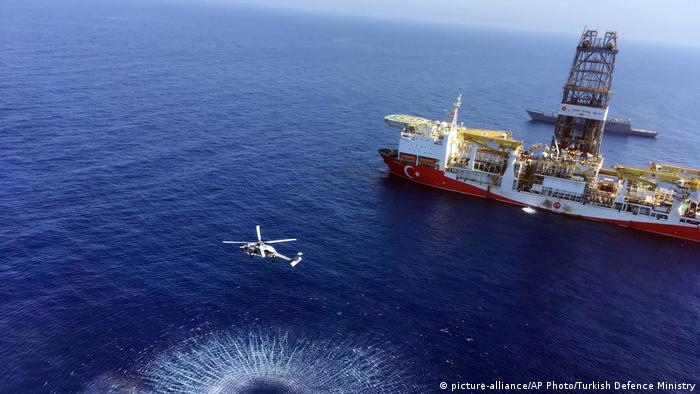 Turkish officials were angered when the UAE weighed into the tussle for rights to gas fields in the eastern Mediterranean earlier this week. A joint statement from the Emirates, France, Greece, Cyprus and Egypt had accused Turkey of violating Cypriot waters and Greek airspace.

"If you are asking who is destabilizing this region, who is bringing chaos, then we would say Abu Dhabi without any hesitation," Turkish Foreign Minister Mevlut Cavusoglu said on Tuesday. "They are the force that unsettled Libya and destroyed Yemen."

Backing up that strong rhetoric, the Turkey's energy minister said that Ankara had applied for gas exploration permits from Libya and would begin drilling soon.

"There has been an anti-Turkey front that's been growing in the eastern Mediterranean," said Gönül Tol, head of the Turkey Program at the US-based Middle East Institute. "But the UAE being directly involved in the eastern Mediterranean doesn't really make sense. It's about the troubled relationship between the two countries and each country is just looking for ways to attack each other."

Dispute over gas or power projection?

Tensions over the gas fields in the region have simmered for years but escalated when Turkey signed a deal with one faction of Libya's two rival governments to set up shared maritime borders last November.

After the discovery of gas in the area several years ago, Greece, Cyprus and Israel joined forces to exploit it and establish a pipeline to Europe. But with the sovereignty of Cyprus still disputed by Turkey and little energy reserves of its own, Ankara complained it was being shut out of the deal.

Since then, Turkey has pushed ahead with drilling off the coast of Cyprus with support from its navy and engaged in an "aggressive narrative," Turkey expert Tol said.

But more recently, the rival pipeline has been rendered economically "unviable" after energy prices tanked this year and several firms invested in associated exploration projects suspended their commitments, Tol said.

The Turkish-Libyan maritime deal not only intended to break the power of the geopolitical bloc ranged against Turkey, but also to boost the faction it supports in Libya's war, where the UAE backs the opposing side.

In that war, which started in 2014, the UAE backs Khalifa Haftar's forces based in the east, while Turkey supports the Government of National Accord headed by Prime Minister Fayez Serraj in the west.

Part of the deal to set up maritime borders involved Turkey agreeing to send Serraj military aid. In return for this, Turkish President Recep Tayyip Erdogan hoped for diplomatic support from Serraj in securing some of those gas reserves, as well as blocking the potential gas pipeline. 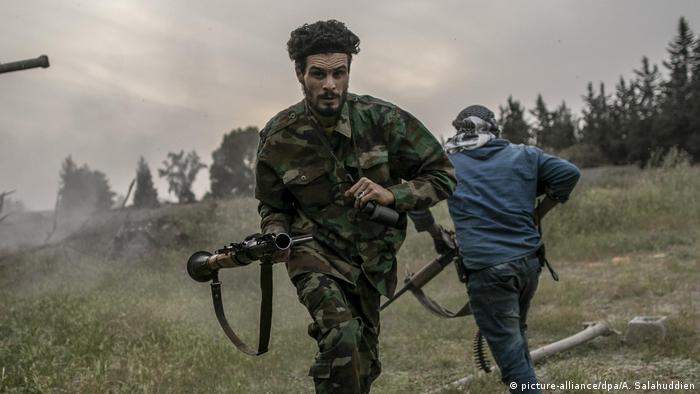 The statement from the Mediterranean-plus-UAE bloc reflects how these treaties have turned a number of Turkey's neighbors against it and brought the UAE into the fray over gas. After condemning "Turkey's military interference in Libya," they also called on Erdogan to respect a UN arms embargo on the country and stop the influx of foreign fighters.

A number of other countries have been accused of breaching that embargo, including the UAE.

A deeper difference in ideology has also driven the animosity between Turkey and the Emirates.

Whereas Erdogan's ruling Justice and Development Party (AKP) is ideologically related to the political Islamist movement of the Muslim Brotherhood, the UAE and its allies such as Saudi Arabia and Egypt fear the Brotherhood's social-revolutionary orientation.

When popular protests flared across the region in 2011, the UAE and Saudi managed to avoid or suppress them, but Egypt served as an example of the threat the Brotherhood could pose to their mode of absolute rule.

There, the 2011 overthrow of President Hosni Mubarak led to a government dominated by the Brotherhood, which threatened the powerful position of the military. The army subsequently removed them and took power in 2013.

As Erdogan finds little opportunity for diplomacy with few friends in the Mediterranean and his country faces an economic downturn, his assertive stance is only expected to grow stronger.

"Erdogan doesn't have any other tools left at his disposal, he's facing so many problems at home," Tol said.

"He has traditionally turned to foreign policy, to Syria, for instance, but that's not doable either. So, the Eastern Mediterranean remains one of the very few foreign policy spots that he can call on today to mobilize his base."

The Turkish president has accused Greek Prime Minister Kyriakos Mitsotakis of telling the US to not sell fighter jets to Turkey. He has called off planned talks between Athens and Ankara.

Super Typhoon Noru heads toward the Philippines with evacuations underway