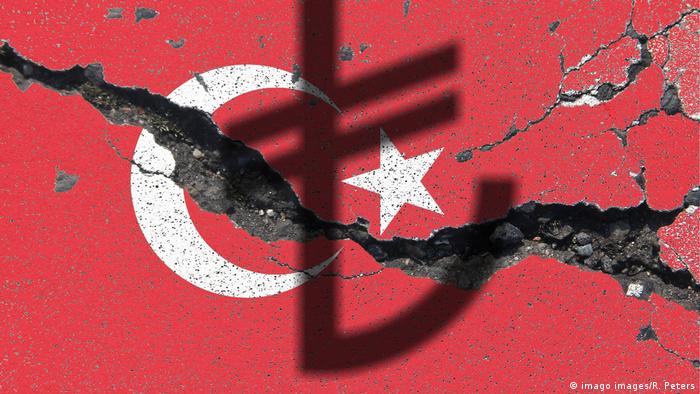 At the beginning of the year, Turkey's economy was on the recovery path after a deep two-year recession. Then the novel coronavirus struck. The Ankara government is now struggling to explain the second downturn and currency crisis in as many years.

The economic weakness has, again, prompted speculators to take aim at Turkey's currency, the lira, due to concerns over high debt levels and diminishing foreign reserves. Last week, the lira hit record lows — falling to 7.49 against the dollar. Although it has since recovered a little, it's still 15% lower than at the beginning of the year.

Meanwhile, Turkey's central bank has been burning through its reserves of dollars and euros to prop up the lira. The banking regulator also banned Citigroup, UBS and BNP Paribas from trading the ailing currency, a decision that spooked financial markets further.

Enemies up to their old tricks

Local media blamed "foreign powers" for seeking to harm Turkey. Critics say they are parroting the same conspiracy theories that President Recep Tayyip Erdogan has espoused for much of his 17-year rule.

"This goes back to the loss of the Ottoman Empire, which was blamed on Western powers without really recognizing its own troubles and problems," political scientist Ihsan Yilmaz from Melbourne's Deakin University, told DW.

Yilmaz said Turkey's political system of patronage, which benefits the 10 million members of the ruling Justice and Development Party, is now showing signs of stress, without a strong coronavirus-related state aid program to support those who have fallen on hard times.

"Now the budget is in trouble, unemployment is rising, and imports are decreasing … he [Erdogan] can't explain what's going on, so he simply says: 'Look! I'm the victim here, they [the West] are stealing our money and manipulating our exchange rates.'"

What Erdogan fails to mention is that foreign direct investment in Turkey has fallen almost in line with his power grab — the last seven years have seen him weaken the country's democratic institutions while overseeing a rise in corruption.

"A decade ago, these 'imperialists' backed Erdogan," Yilmaz told DW. "But if you don't respect the rule of law, recognize the judgments of international courts, and then play 'cat and mouse' with foreign banks, investors will not trust you." 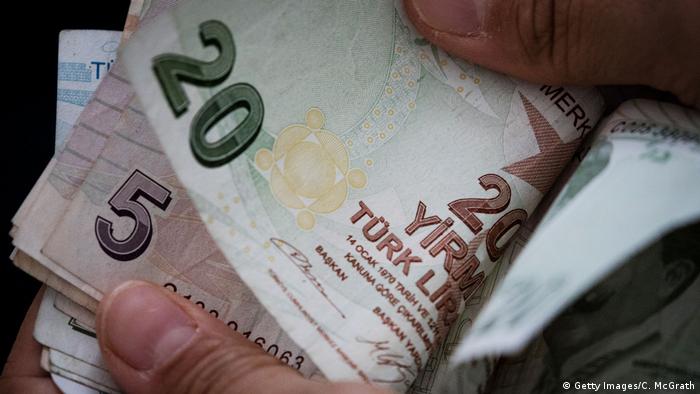 Are Western powers really to blame for the Turkish lira nosedive? Doubts are in order, to say the least

"He [Erdogan] doesn't believe that you should increase interest rates to boost the attractiveness of your currency. He thinks that would boost inflation," Saka told DW.

Most economists say Turkey's low-interest policy has further discouraged foreign investment. Meanwhile, the central bank's reserves are so low that they will likely struggle to prevent a run on the lira in the coming weeks. Any further drop would trigger higher inflation and an expansion of currency controls.

"If the government continues to prioritize a stable currency and lower interest rates at the same time, it will come at the cost of seriously restricting the flow of capital," warned Saka.

The coronavirus lockdown and curfews are expected to cause a 25% fall in gross domestic product (GDP) rather than the 5% rebound the government predicted for the economy at the beginning of the year.

Turkey's fortunes also depend heavily on its biggest export market, the European Union, where a similar deep economic downturn is underway. Reduced mobility, meanwhile, will also hurt inbound tourism and cause pain for the country's once-booming airline sector.

Ankara's row with the three international banks was short-lived. The banking regulator, who last week said the lenders failed to settle liabilities in lira transactions, lifted the ban on Monday when the deals were concluded.

Saka told DW that authorities may have squashed speculation for now, but they haven't "changed the overall direction of the currency which depends on the bigger picture — the long-term strength of the economy."

Dutch lender Rabobank thinks Turkey should stop defending the lira with its last foreign currency reserves and approach the International Monetary Fund for a bailout. It warned that the currency could reach beyond 10 to the dollar, without IMF-sanctioned reforms.

Erdogan, however, has refused to request an IMF bailout, despite a previous deal that his party inherited when it came to power in 2002, which helped the country out of a previous crisis.

Several one-time Erdogan allies have recently left his ranks to set up their own political parties and are likely to challenge his bid for a third term in 2023. Some think any serious financial crisis could prompt them to demand the election be brought forward.

Describing the Turkish leader as a "magician," Deakin University's Yilmaz told DW that the coronavirus-sparked crash could hasten Erdogan's demise. "People could revolt and not vote for him anymore — which is what happened in the Istanbul election. Or he could revise the narrative along the lines of: 'You didn't listen to me and now we're bankrupt' and then cancel the next election, cementing his authoritarianism."