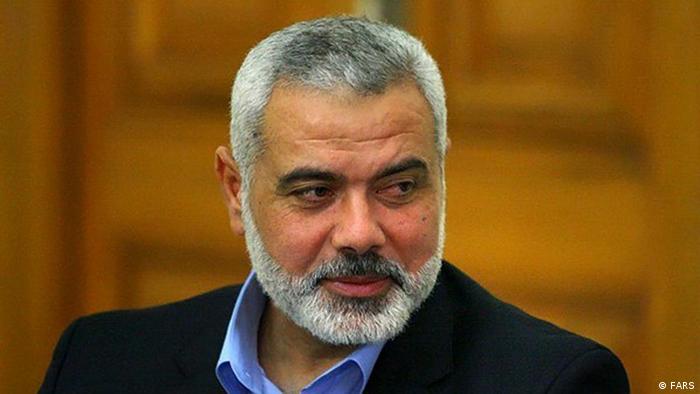 Ismail Haniyeh, who is seen as a pragmatist within the militant group, succeeds Qatar-based veteran leader Khaled Meshaal, who steps down at the end of his term.

Palestinian Islamist group Hamas has altered its three-decade-old charter, softening its tone somewhat while rejecting negotiations with Israel. Israel has accused Hamas of attempting to fool the world. (02.05.2017)

Haniyeh beat Mussa Bau Marzuk and Mohamed Nazzal in a videoconference vote of the council members based in Gaza, the West Bank and outside the Palestinian territories.

Haniyeh served as Palestinian prime minister after Hamas' victory in 2006 polls. He was sacked by the Palestinian president and Fatah organization chief, Mahmoud Abbas, following the vote.

Militant group Hamas controls the Gaza strip, which it took over from Fatah in 2007.

On Monday, Hamas unveiled new policies supporting the creation of a Palestinian state in the West Bank and Gaza Strip within the 1967 borders. It rejected, however, ever recognizing Israel.

The release of a six-page document of general principles and policies was announced in Doha, Qatar in a bid to moderate Hamas' three-decade old charter in the hopes of gaining greater international legitimacy.

In a somewhat softer tone, Hamas dropped its wording of "destroying" Israel - for now - and said it would recognize a Palestinian state within the borders crated by the 1967 Arab-Israeli war.

Hamas is also trying to reach out to Egypt and other Gulf Arab states who consider the Muslim Brotherhood a terrorist organization.

Hamas officials said they had no "administrative or organizational relationship" with the Muslim Brotherhood.

Israel said it was not impressed by Hamas' new document. "Hamas is attempting to fool the world, but it will not succeed," said David Keyes, a spokesman for Israeli Prime Minister Benjamin Netanyahu.

Labeled a terrorist organization by the West and Israel, Hamas said it would continue armed resistance as a legitimate right.