Human Rights Watch has accused Israel, Egypt and Hamas of systematically preventing rights workers from investigating abuses in the Gaza Strip. A new report also cast doubt on Israel's promise to conduct its own inquiry. 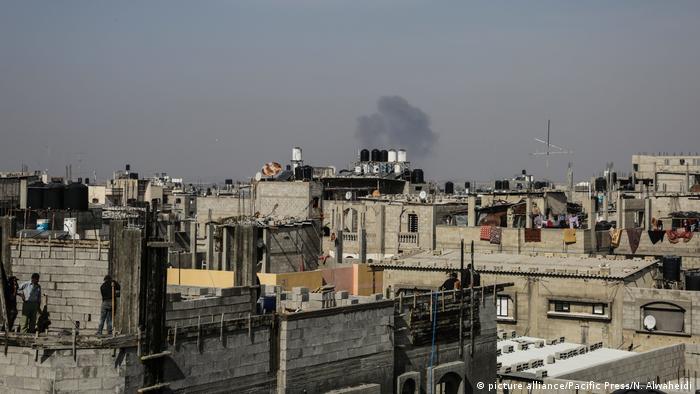 Human Rights Watch (HRW) published a report on Monday excoriating the governments of Israel and Egypt for blocking rights workers' access to the Gaza Strip. According to the report, this not only calls into question Israel's pledge to let international observers investigate possible abuses but hinders the work of aid programs the 2 million people in the area may rely on for survival.

"For the last two decades and especially since 2007, Israel has kept the Gaza Strip mostly closed, preventing Palestinians from leaving Gaza to pursue educational and professional opportunities, family visits and reunification, and medical care, save on an exceptional basis," said the paper.

To make matters worse, HRW wrote, since 2013 Egypt has placed "severe travel restrictions" on its border with Gaza, effectively trapping Palestinians inside and, like Israel, stopping workers from their organization and Amnesty International from gaining access to the territory. Both governments claim that these measures are necessary for their security since the militant group Hamas took control of the region in 2007.

These restrictions have also prevented prosecutors from the International Criminal Court (ICC) from getting involved. Although Israel has said it is conducting its own investigation and that there in no need for an ICC inquiry, Monday's report was highly skeptical of this claim.

"If Israel wants the ICC prosecutor to take seriously its argument that its criminal investigations are adequate, a good first step would be to allow human rights researchers to bring relevant information to light," said Sari Bashi, head of Israel and Palestine advocacy at HRW.

The report also slammed Hamas for its noncompliance with international inquiries, going so far as to claim officials actively harass rights workers.

In one instance, HRW said, Amnesty International employees were kept away from Gaza by bother the Egyptian and Israeli governments, forced to conduct an investigation remotely using locally hired workers who provided "meaningless" research.

Jerusalem, for its part, has long maintained that HRW has a vendetta against Israel and that its reporting on the Palestinian territories is unreliable and biased.

'Gaza Surf Club': How young Palestinians find a break in times of war

In the occupied Gaza Strip, young Palestinians get a taste of the freedom they lack through surf. DW met German director Philip Gnadt and producer Mickey Yamine to discuss their documentary "Gaza Surf Club." (30.03.2017)

Israel's military has launched a series of air attacks on Palestinian territory in retaliation for an earlier rocket attack. The violence has jogged memories of the 50-day war between Israel and Hamas militants in 2014. (27.02.2017)

The United Nations is to trim its work in the Palestinian territory after Hamas partially closed Gaza's Erez foot crossing. A search of Gaza continues after the mysterious murder of a senior Hamas military figure. (31.03.2017)