The Amazon rainforest in Brazil: Living in the shadows of violence and development | Global Ideas | DW | 11.02.2020 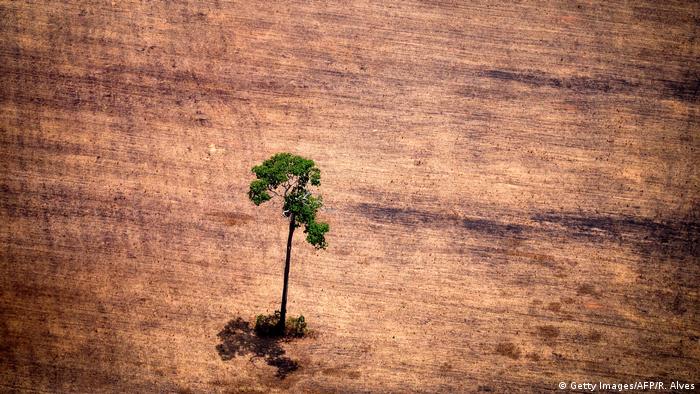 Maria Marcia Elpidia de Melo hasn't seen her son Elmiro for more than six months. The community leader, from an agrarian settlement in Brazil's Amazonian state of Para, has been an outspoken critic against land-grabbing in the area. Last year, her 20-year-old son was beaten and received death threats by unknown assailants — and so she sent him into hiding.

The 42-year-old has lived in Terra Nossa since 2006 as a single parent with her only child in a one-story, brick home. Dappled light pours in from de Melo's window as she leans across the kitchen table, reckoning with the fact that her work has put her life in danger. The small-scale farmer, and president of the Nova Vitoria Rural Producers Association, has become increasingly entangled with land disputes.

"What I cannot accept is if they kill my son," she said, her eyes watering. "He is safe for now, but I am not going to visit him because I am afraid of someone following me." Before he went into hiding, Elmiro helped his mother on her farm.

According to the Comissao Pastoral da Terra, a rural violence watchdog, three inhabitants of de Melo's village were murdered in 2018 — and since then 16 people in the region have received death threats because of land conflicts. 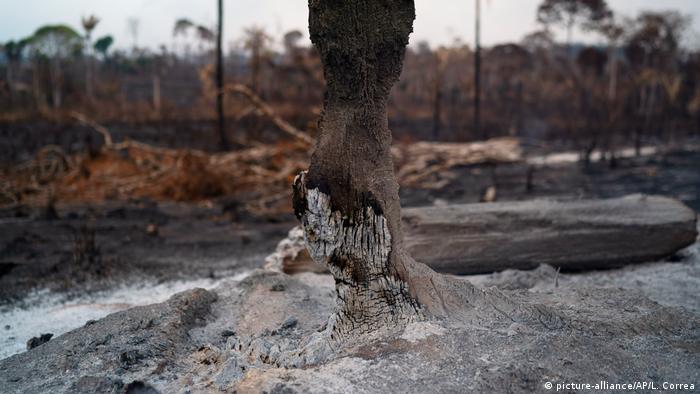 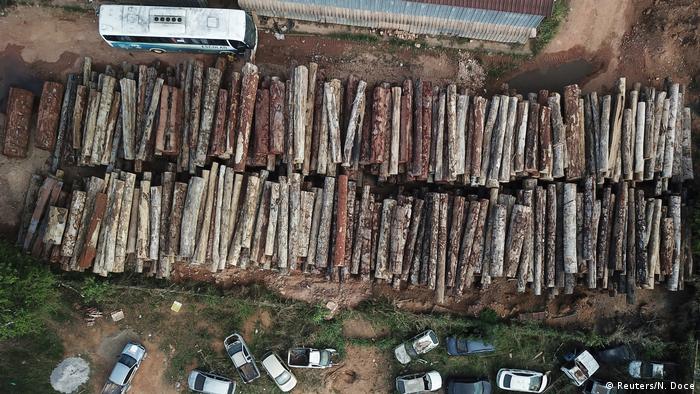 De Melo reported a number of manmade fires and illegal mines at the police station in Novo Progresso over the course of last year. But on three occasions, she says, men involved in the logging warned her to "stop protesting or face death." The police force did not respond to a request for comment on the threats.

Terra Nossa, a settlement of 350 families circled by sweltering forest and only accessible by a dirt road, is at the epicenter of deforestation in the Amazon. The surrounding municipality of Novo Progresso made international headlines in August last year as gigantic forest fires engulfed the region, an annual farming practice now driven to the extreme by land-grabbing.

Some 124 incidents of fires were recorded by authorities in Novo Progresso on one day alone, coordinated largely by a group, mostly farmers, looking to clear the forest land and claim it for themselves. 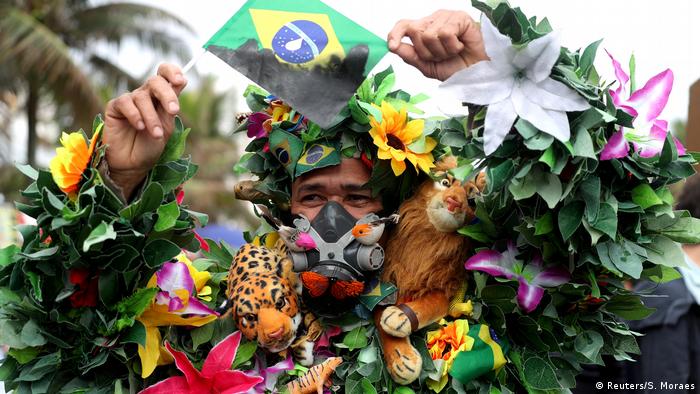 Experts say that current laws encourage a never-ending process of fires, deforestation and land grabbing. "There is a clear incentive in the law," said Brenda Brito, a researcher at the Imazon institute, a Brazil-based research organization. "It allows you to occupy public land, pretend that you are using it [for legitimate work], and then claim the land title."

In December last year President Jair Bolsonaro loosened regulations further by tripling the amount of land that can be claimed and allowing those who have occupied land since at least 2014 to be granted titles — previously the threshold was 2008.

From dirt roads that cut through Terra Nossa, used to transport illegally-harvested timber, a scene of hillsides stacked with decades-old tree trunks emerges. "It was once beautiful here," de Melo said. "Before all this business began."

But the Amazon is one of the poorest regions of Brazil with 45% of its 23 million living below the poverty line. There is anger from some local farmers at the suggestion the rainforest should be prioritized over the living conditions of normal workers. Bolsonaro, elected after campaigning to open up the Amazon to industry, has ignited support for development. 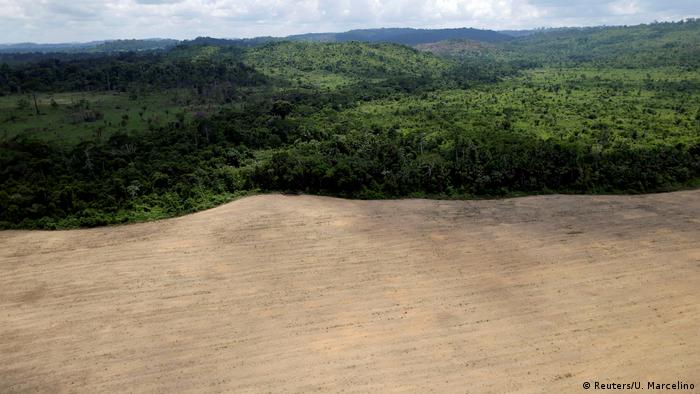 "What do they expect us to do? To feed our families with dirt?" said Agamenon da Silva Menezes, a farmers' union leader in Novo Progresso.

"Even if climate change is real, and I'm not sure I believe it, why should you [the West] be able to get rich and expect the rest of us to be happy to stay poor?" added Menezes.

Despite widespread international condemnation, Bolsonaro has encouraged and defended such practices. "Deforestation and fires will never end," the president said last year, arguing "it's cultural".

In the search for profit, however, large-scale land grabbers — both wealthy local farmers and those from outside Brazil — are increasingly coming into conflict with local communities.

"Where there is deforestation, there is commonly expropriation and violence," said Mauricio Torres, a social scientist and expert on land grabbing in the Amazon. "In order to deforest, it is necessary to remove the communities that occupy this forest." 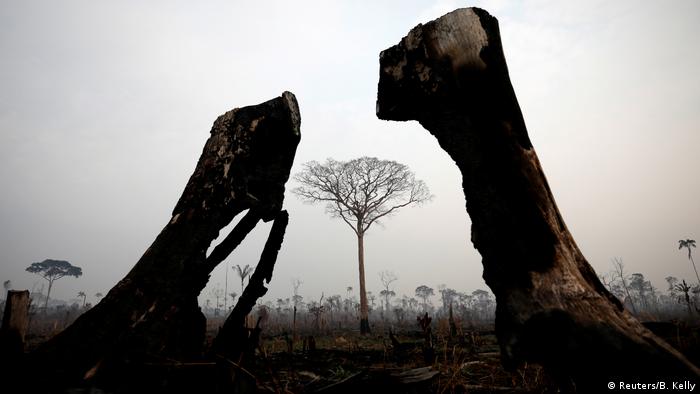 Some argue that fires, deforestation and land grabbing in Brazil are incentivized by law amd regulations 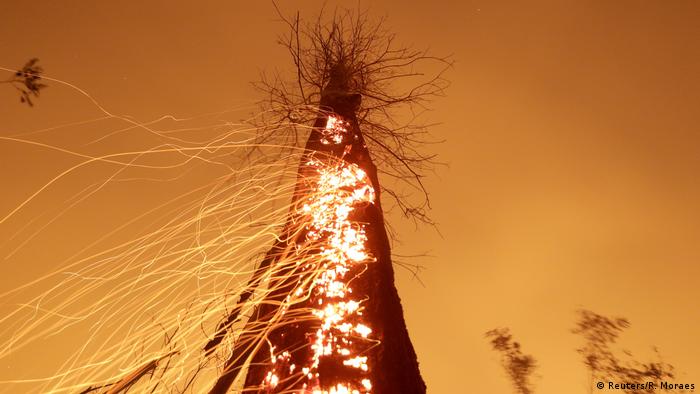 Terra Nossa, de Melo's home, is inhabited by modest smallholder farmers who use the land and surrounding forest filled with acai palms and Brazil nuts sustainably. The wave of land grabbing has upturned this way of life.

Raione Lima Campos, a lawyer in the region for the Comissao Pastoral da Terra, says local leaders like de Melo often become the target of loggers and farmers when they speak up.

She adds that the National Institute of Colonization and Agrarian Reform (INCRA), the national body for land reform issues, has made little effort to solve the issues of land encroachment and violence. "INCRA doesn't have an interest in this," she added, in reference to a perceived lack of action. "It's always been bad, but now the situation has worsened." INCRA did not respond to a request for comment.

For de Melo, the result is a dizzying mix of mistrust in the public institutions that are supposed to protect her. But the land-grabbing is merely one piece in Bolsonaro's plan — along with the Ferrograo railway to transport soy,hydroelectric dams along the Tapajos river, and the BR-163 highway through Para — designed to open up the Amazon to agribusiness.

Strolling through the garden of de Melo's home, where her son Elmiro once played among the caju, pupunha and acai plantations, there is a sense that she is both completely isolated and vulnerable, yet also at the beating heart of one of the most significant infrastructure projects in the world.

"These land grabbers are an organized gang that is everywhere," she said. "They even have influential politicians in their midst. Any problem they have, like me, will eventually disappear."

How has the Amazon rainforest changed under Jair Bolsonaro? 25.09.2022

Who is Giorgia Meloni, the star of the Italian far right?