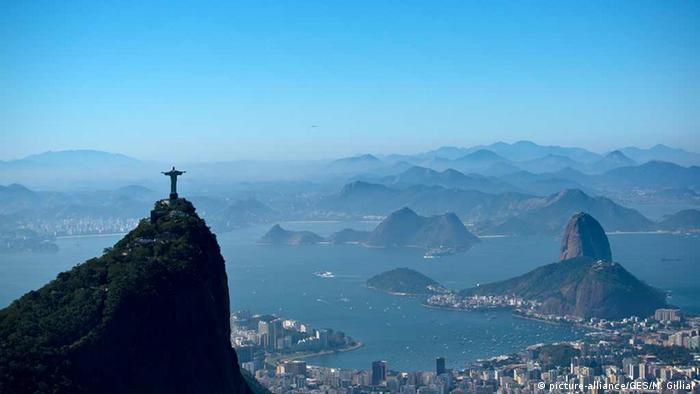 On the northern outskirts of Rio de Janeiro, far from the vast stretches of white sand at the iconic Copacabana beach, bruised and browning mangoes, shrivelled red peppers and a cluster of manioc root vegetables are blended together with wood chips.

These may not seem like special ingredients, but an experimental project in the Brazilian megacity is exploring whether burning this rubbish could be part of a recipe for reaching its carbon net-zero goal by 2050.

"All of this food would otherwise just be getting thrown away," says Bernardo Ornelas Ferreira, a researcher at the Ecoparque do Caju, which is home to the first "biomethanization" unit in Latin America.

A strong acidic scent fills the air of the warehouse in the midday heat as Ferreira waves a forklift truck by. "That's so much missed potential. We need to be doing this all over the country," he adds. Bernardo Ornelas Ferreira, a researcher at the Ecoparque do Caju

Brazil is one of the 10 largest producers of food waste in the world, discarding some 30% of all fruit and vegetables harvested. According to the Brazilian Agricultural Research Corporation, around 40,000 tons of food are thrown away every day in the country, where it decomposes in landfills, releasing significant amounts of methane.

Yet Rio de Janeiro, a city of about 6.7 million, is also one of more than 70 cities worldwide that have pledged to become "carbon neutral" by 2050. Cities account for about 75% of CO2 emissions, according to the United Nations, and more than two-thirds of the energy we consume.

The Ecoparque's pilot project, which was launched in December 2018 by Rio's municipal waste department, Comlurb, turns organic matter — almost entirely food waste — into biogas using a process that generates electricity, biofuels and compost to be used as fertilizer in agriculture and forestry, and produces minimal emissions.

Processing between 35 and 50 tons of waste per day, the plant creates enough energy to power itself, the larger on-site waste facility and the company's fleet of 19 electric vehicles That's equivalent to more than 1,000 homes based on average consumption in Brazil, Ferreira says.

The plant receives organic waste from supermarkets and fruit and vegetable street stalls from the city center, but has also dealt with household waste and even discarded burgers and fries from October's Rock in Rio festival. 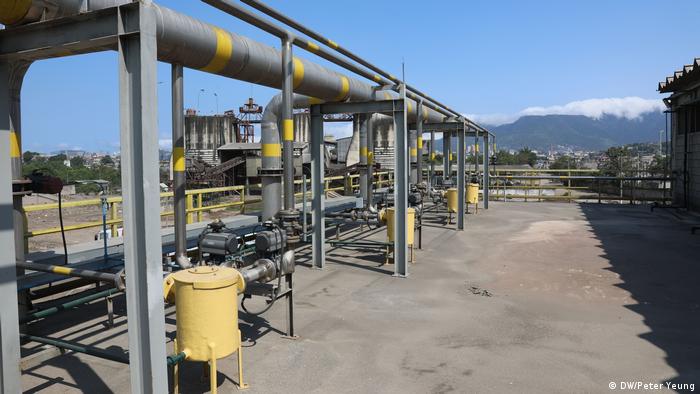 A pipeline transporting gas to be transformed into electricity 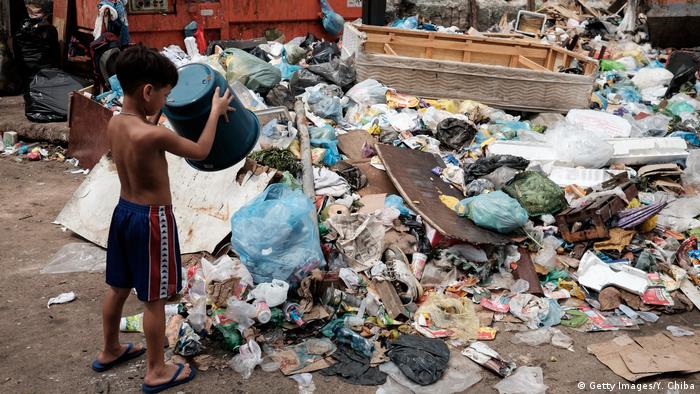 Seven reactors at the Ecoparque, all roughly the size of shipping containers, are used to process the waste. In a staggered process, each receives organic waste and is sealed for two to three weeks, with bacteria introduced to break down the matter and produce methane. The gas is then stored in a large container above the facility and later converted into electricity.

"The idea of the Ecoparque is to have a place for experimentation with new technologies that may, in the future — and if they have demonstrated their economic, financial and environmental viability — be adopted by Comlurb, causing less and less waste to be disposed of in landfills," said José Henrique Monteiro Penido, the head of environmental sustainability at Comlurb. "The model can be replicated in cities and have a positive impact for the whole country."

According to Comlurb, this is the "first step" in tackling the 5,000 tons of organic waste that Rio de Janeiro produces each day. With a non-returnable loan from the Brazilian Technology Development Fund, and developed in collaboration with the Federal University of Minas Gerais, the plan is to expand this template across other cities in Brazil and Latin America. 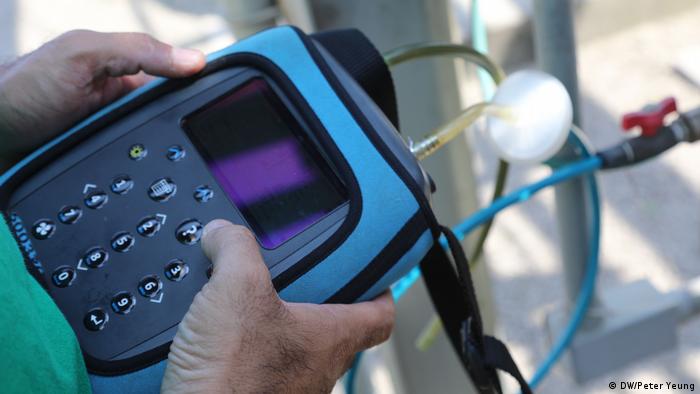 Equipment measuring the quality of gas being produced

"Overall, it's a really positive sign and I don't doubt that it's scalable," says Richard Lowes, an energy policy researcher at the University of Exeter. "It appears to be an efficient process with very measured controls over production. When food waste goes to landfill, it can produce methane, a powerful greenhouse gas — but with this process you get both the energy and you don't make the emissions."

The biomethanization process alone, however, will not be enough to significantly reduce Brazil's environmental footprint, Lowes says: "It would be better if that waste was simply not produced in the first place. If there was no waste, then there wouldn't be a need to process anything. We tend to be very wasteful as a society, and we must focus on reducing it."

Still, the municipality believes it could help to reach its goal of reducing climate changing emissions by 20% between 2005 and 2020, as part of the C40 Cities initiative, a network of cities pushing climate action. Under theRio de Janeiro Low Carbon City Development Program, the city has in recent years launched an urban reforestation project to plant 12 million trees and a local municipal bike sharing scheme, Bike Rio, while expanding the city's path network.

The project marks a rare glimmer of positivity for the country amid decade-high deforestation in the Amazon and criticism of Brazil's lack of commitment to key climate goals at COP25, the recent conference in Madrid.

At the Ecoparque facility, the team is constantly trying to improve levels of efficiency, employing electronics, sensors and meters that help control and optimize biogas production in its quest to produce sustainable energy. The hope is that a facility like this will be built for every 50,000 people in the country.

"There are two ways forward," says researcher Ferreira. "We can go ahead with the current system of large waste facilities that require significant amounts of transportation, or we can decentralize the process and build one in every town in Brazil."

The Nairobi River is highly polluted. But residents in one of the Kenyan capital's largest slums are cleaning it up and putting pressure on the government to set up working sewage and waste collection systems. (01.10.2019)