Public approval of Angela Merkel's CDU has taken a nosedive in Thuringia after the party was accused of colluding with the far-right AfD in the state. The Left party, however, has enjoyed a groundswell of support. 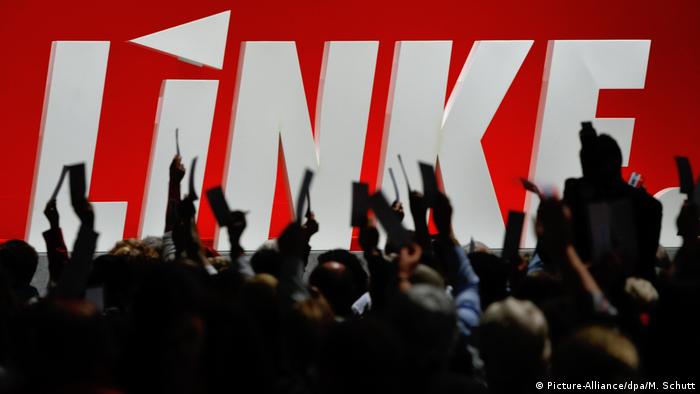 A new poll carried out in the wake of a far-right scandal in Thuringia has shown impressive gains in support for the Left party and a significant tumble for Chancellor Angela Merkel's Christian Democrats (CDU) in the eastern state. The poll was conducted by infratest dimap and commissioned by the public broadcaster MDR.

The CDU in has been accused of colluding with the far-right Alternative for Germany (AfD) in Thuringia to get a conservative candidate elected state premier, despite the fact that his party — the laissez-faire Free Democrats (FDP) — barely cleared the 5% hurdle to get into Thuringia's state parliament in a regional vote in October.

Read more: Why is everyone in Germany talking about Thuringia and the AfD?

Support for the Left party surged to 39%, a full eight points up from its October result. The CDU sunk by about the same amount, going from 21.7% to 13%. The FDP, whose candidate for state premier, Thomas Kemmerich,  was at the center of the scandal, fell to only 4%, meaning the liberals would not be allowed a seat in parliament if a vote were held today.

Perhaps most surprisingly, however, is that despite the outcry, support for the AfD improved slightly, from 23.4% to 24%.

Last week, Germany was rattled when Kemmerich beat the Left incumbent, Bodo Ramelow, by a single vote from state lawmakers. It later emerged, according to many in CDU circles, that the CDU, FDP, and AfD in Thuringia had tacitly agreed to the upset the day before the vote.

Kemmerich has since stepped down, and it remains unclear when and if Thuringia will have a fresh state election.

Chancellor Merkel immediately castigated the state CDU for "abandoning party values" and fired her commissioner for the former communist eastern states, who was also the deputy head of the party in Thuringia.

The scandal also finished off the career of Annegret Kramp-Karrenbauer, hailed as Merkel's hand-picked successor. Kramp-Karrenbauer stepped down as leader of the CDU and announced she will not run for chancellor in Germany's federal elections set for next year.

Following CDU party leader Kramp-Karrenbauer's resignation, the race to succeed her is on. NRW State Premier Armin Laschet could well follow in her footsteps. And possibly run for the chancellorship, too. (11.02.2020)