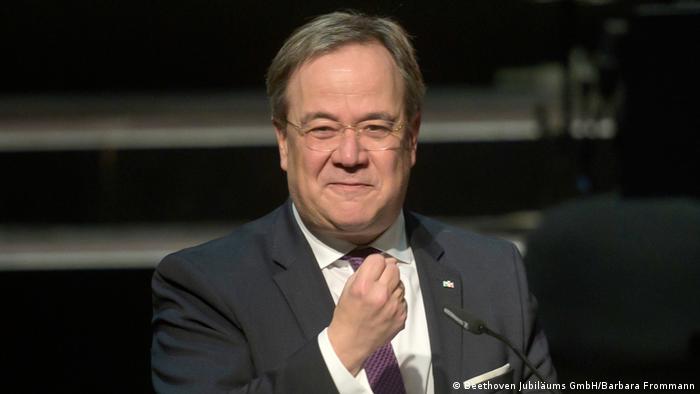 Up to the moment when Annegret Kramp-Karrenbauer announced that she would step down as party boss, few had considered the idea that Armin Laschet might lead the Christian Democrats (CDU).

A December 2018 opinion poll revealed that Laschet, the state premier of North Rhine-Westphalia, was anything but a hot contender to succeed Kramp-Karrenbauer — let alone Chancellor Angela Merkel.

But that has all changed.

Laschet has not signaled that he wishes to run for either post — possibly because his position as the executive of Germany's most populous state automatically makes him a potential candidate to succeed Kramp-Karrenbauer and Merkel.

The 58-year-old, who was born in Aachen, has headed a coalition government with Germany's laissez-faire Free Democrats (FDP) since spring 2017. And approval ratings for the NRW branch of his CDU party have since been solid.

'Master of the noncommital'

Wolfgang Kubicki, the vice chairman of the FDP, considers Laschet affable. "He's a likable person, someone who can win others over and unite them — all while being the master of the noncommital," Kubicki said.

"I assume this is precisely why he will become the CDU's candidate for chancellor," he added.

Several years ago, nobody would have guessed that Laschet would be tipped to play such a big role in German politics. After all, following four years as a member of the German parliament, the Bundestag, Laschet lost his seat in 1998.

In the 1990s, Laschet was also a member of the Pizza-Connection, a group of Christian Democrats and Greens who met in the wine cellar of an Italian restaurant in Bonn, where the Bundestag was located at the time, to identify the parties' political commonalities.

In 1999, he became a member of the European Parliament and later served on its Committee on Foreign Affairs, and acted as the EU legislature's rapporteur for relations with the United Nations.

From 2005 to 2010, he served as NRW family and integration minister under State Premier Jürgen Rüttgers.

Laschet, a former journalist, made a name for himself as the state's very first minister for integration. Because he offered a nuanced approach to integration and immigration matters, political adversaries disparagingly called him "Turkish Armin."

When the Social Democrats retook control of NRW in 2010, Laschet became the opposition leader and weathered plenty of criticism. But he persevered, showing that, despite his jovial nature, he is a politician to be reckoned with. And so, when the CDU won again in 2017, he became the NRW state premier. 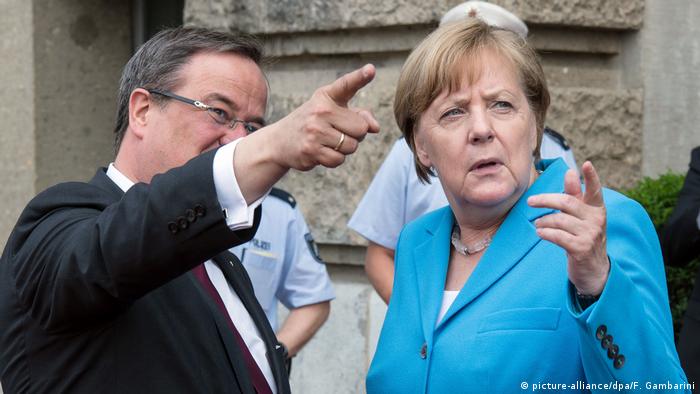 Armin Laschet and Angela Merkel are usually in agreement

Laschet is considered a staunch Merkel loyalist. When she kept the borders open to asylum applicants in 2015, he gave her his unwavering support. Today, however, both Merkel and Laschet advocate a somewhat tougher stance on asylum.

Laschet: 'Opinions are not supposed to be regulated'

Laschet continues to maintain his Pizza-Connection network. Many of the politicians who participated in those informal meetings now hold leading position in the CDU and the Greens. Surveys show that a coalition between the parties could be possible, and Laschet would be the ideal candidate to make it happen — especially since he is regarded as somewhat of a green Christian Democrat, even though he is governing in a coalition with the FDP.

But Laschet would also know how to bring together the CDU, Greens and FDP for a three-party coalition, a proposal he is said to have strongly supported. Indeed, there were already tentative plans to create such an alliance in 2017. The endeavor ultimately failed when the FDP pulled out of talks, however.

Laschet's private life, meanwhile, exemplifies his liberal-conservative mindset: He has been married to his wife, Susanne, since his early 20s. The two have known each other since childhood. They have three children. Laschet is an ardent football fan, enjoys vacationing in Italy, and loves Lake Constance and crime novels.

Chancellor Angela Merkel's party struggled to find a way to avoid new elections — and calm a political uproar — after it allied with the far-right AfD to elect a state premier. But other parties may not play along. (07.02.2020)