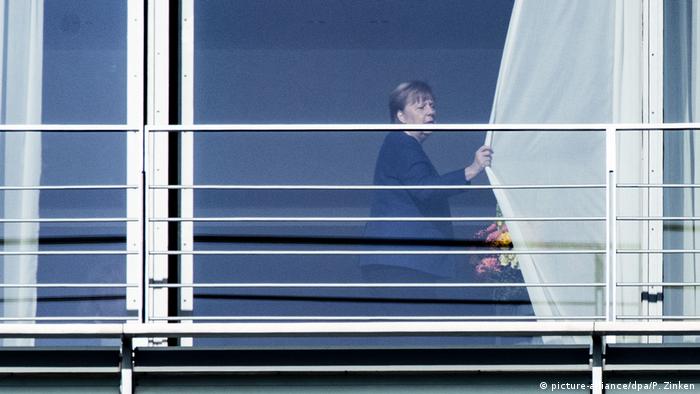 Annegret Kramp-Karrenbauer's announcement that she will step down as the leader of Germany's Christian Democrats (CDU) and not run for the chancellorship dealt a severe blow to her party, which appears to have lost its way.

The CDU is slipping — just like the party's historical rivals, the Social Democrats (SPD), who have taken to soul searching as they hemorrhage support. And, much as Andrea Nahles stepped down as the SPD's leader in June 2019 after just 13 months, so, too, now has Kramp-Karrenbauer declared her resignation after only 14 months as party boss.

For now, rumors abound as to who will succeed Kramp-Karrenbauer. Finding a successor who would also be willing to run for Germany's chancellorship will prove a formidable challenge. After all, the Christian Democrats must first come together and agree on what their party stands for. In recent years, the union has seemed anything but united, with fissures emerging both in the Thuringia state party and on the national level, as well as online and in the nitty-gritty business of lawmaking. In November 2019, Kramp-Karrenbauer received rapturous applause when she challenged her critics to speak out at the party's national conference in Leipzig — now, it appears, that support has vanished.

Read more: A disgrace for Germany

The year 2020 could prove decisive. It will show whether the Christian Democrats can succeed at remaining a party with broad support — as well as if it can remain in power. This year will also be a stress test for Germany's parliamentary democracy, and could shine a spotlight on the role of parties, the principle of party discipline and free voting. And, above all, 2020 will show whether and, if so, how the CDU and its Bavarian sister party, the Christian Social Union (CSU), intend to deal with extremist currents.

Kramp-Karrenbauer justified her resignation by referring to "powerful centrifugal forces" at work in German society. She said the CDU would need to unite under new, stronger leadership. Germany's postwar political order is at stake. And we may witness the fragmentation of the country's party system and the end of the big parties with broad national support.

In late January, President Frank-Walter Steinmeier commemorated the victims of Nazi Germany in the Bundestag. He spoke of the rise of the new right, and how the dark spirits of the past were reemerging. "I fear we were insufficiently prepared for this," he said, "but this is the test of our times, a test we must pass." Steinmeier was urging all of Germany's parties — and society as a whole — to stand firm in the face of the far right.

Kramp-Karrenbauer's resignation and her party's search for its political identity come at an inopportune moment: Germany's economy could be losing steam, and sociopolitical tensions are growing more pronounced. It is a time when authoritarians such as US President Donald Trump are creating global instability. Although Germany faces serious domestic questions, the country must carry its growing international responsibility now that the post-Brexit European Union is also grappling with profound questions. Germany will take over the rotating presidency of the Council of the European Union in June.

Read more: Angela Merkel and her view of the world

In October 2018, Chancellor Angela Merkel announced that she would step down as the leader of the CDU. She was succeeded six weeks later by Kramp-Karrenbauer. But she intends to remain Germany's chancellor until after the scheduled 2021 elections. It is only a matter of time until she loses the backing of her party and her tenure as chancellor ends. The dwindling support for Merkel and the departure of Kramp-Karrenbauer as the CDU's leader does not bode well for political stability in Germany.

Political earthquakes are usually followed by aftershocks. Apart from the question of who will now take charge of the CDU, politics within Germany will grow more turbulent — and exciting. Testing times lie ahead for the parliamentary democracy.

Brazil: Police raid on a favela in Rio leaves over 20 dead 2h ago

US arrests Iraqi man over plot to kill George W. Bush 7h ago