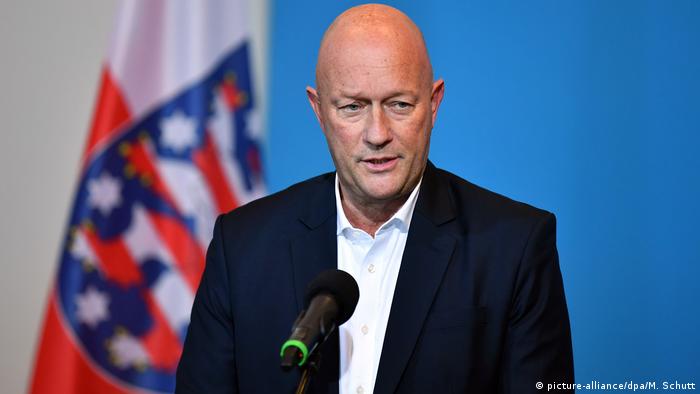 Kemmerich, of the business-friendly Free Democrats (FDP), one of Germany's smaller political parties, was elected to the position on Wednesday after being backed by the far-right Alternative for Germany (AfD) party and regional representatives from Chancellor Angela Merkel's Christian Democrats (CDU) party.

The 54-year-old, a virtual unknown in wider German politics, emerged as premier in a third assembly vote when the AfD party switched from its own candidate to Kemmerich, eclipsing Bodo Ramelow, a previous Left party premier. 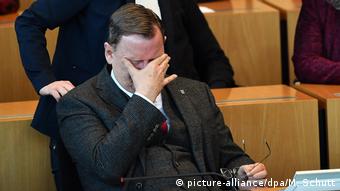 Ramelow's Left scored 31% in last October's Thuringia election — ahead of the AfD which placed second on 23% — and prior to Wednesday's premiership shock had been aiming to form a minority Left-led cabinet with the Social Democrats (SPD) and Greens.

All monetary allowances resulting from his election would be returned to Thuringia's state treasury, Kemmerich added.

Article 75 of Thuringia's state constitution stipulates that at any time any government member can declare his or her resignation. The premier, however, is obligated to continue in a caretaker capacity until a successor takes up office.

At crisis talks Saturday in Berlin, involving Merkel's CDU and sister Christian Social Union (CSU) party, along with the Social Democrats (SPD), leaders of all three parties ruled out cooperation with the AFD at "all levels" across Germany.

They also called on Thuringia to stage fresh state elections despite the recent ballot in the Erfurt chamber.

"For reasons of political legitimacy, the coalition partners are convinced that, regardless of the election of a new premier, fresh elections need to take place in Thuringia," coalition leaders announced Saturday in a joint statement.

Merkel's center-right conservatives have long been split over overtures from the far-right AFD, formed in 2013, and aversions among some CDU members to Germany's ex-communist Left, dating back to Soviet dominated East Germany.

Intervening while on a trip to southern Africa earlier in the week, Merkel said her CDU party rejected AfD-backed majorities and would do "everything we can to make clear that this is in no way what our party represents."

Merkel: 'This is an inexcusable situation'