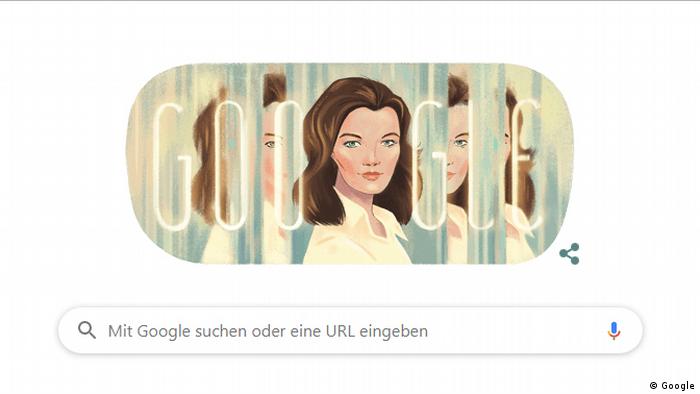 There are few film fans in Europe who haven't heard of Romy Schneider, a darling of European cinema from the 1950s until the '80s. Starring in more than 60 feature films and winning awards in Germany and France, the actress has been now accorded a Google Doodle illustration in honor of her would-be 82nd birthday — she passed away in 1982 in Paris, aged 43. The immortalized Schneider can be found for the entire September 23 on Google's homepage logo. 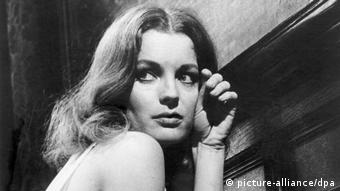 Google Doodles are illustrations made around the company's homepage logo to celebrate the lives of famous artists, pioneers and scientists, as well as holidays and anniversaries. A team of illustrators has created more than 4,000 doodles for Google, the subjects of which are determined in brainstorming sessions.

The first official Doodle was created for Bastille Day in 2000, and according to Google was so successful that modifying the logo became a regular occurrence. "In the beginning, the doodles mostly celebrated familiar holidays; nowadays, they highlight a wide array of events and anniversaries from the Birthday of John James Audubon to the Ice Cream Sundae," the company writes on its website.

Doodles can also be interactive. One of the most popular doodles of all-time was in 2012 for the 78th birthday of music pioneer Robert Moog, who invented a small keyboard synthesizer. Visitors to the Google page could click on the keys of the illustrated synthesizer to play it. 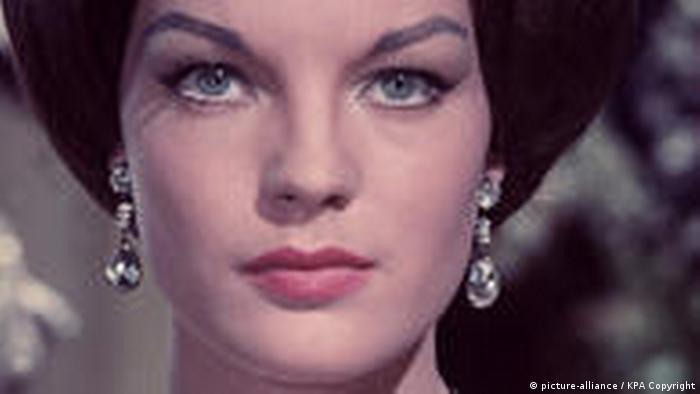 Who is Romy Schneider?

"Happy birthday, Romy Schneider, and thank you for helping to bring decades of timeless stories to life," wrote the Google team in a bio dedicated to the actress. Several rejected illustration drafts on the website show Schneider in various roles, including dressed as Sissi, the character that made her a superstar in 1955.

Born Rosemarie Magdalena Albach to Austrian-German actor parents in Vienna in 1938, Schneider moved with her family to Bavaria as a child. She first appeared alongside her mother at age 15 in the 1953 film When the White Lilacs Bloom Again.

Her breakthrough came a couple of years later in 1955 when the 17-year-old portrayed a young Bavarian princess who is crowned Empress Elisabeth of Austria in the romantic biopic Sissi. The film skyrocketed her to success but also pigeonholed her into playing naïve, innocent characters popular in the postwar German cinema — which she openly detested. She even turned down an offer of millions of euros to work on a fourth Sissi film.

Following in her mother's footsteps, the then 20-year-old Schneider starred in Christine, the 1958 remake of the 1933 film Liebelei in which her mother had played the same role. During the filming, Schneider fell in love with her co-star, French leading man Alain Delon. The pair announced their engagement and moved together to Paris, much to the outrage of Schneider's large German fan base. 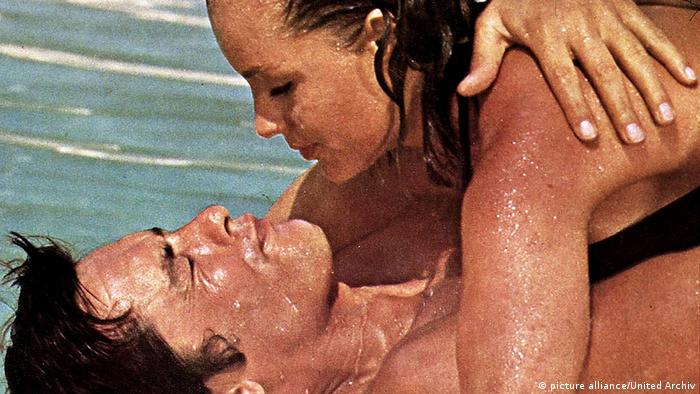 Schneider fell in love and married French actor Alain Delon. The pair appeared together in the film "The Swimming Pool"

Once in Paris, Schneider's career took off. She shed the innocent little girl typecast and played more complex and often provocative roles. She won plaudits for playing a seductress in the 1962 film, The Trial, an adaptation of Franz Kafka's novel directed by Orson Welles. She also worked with famed Italian director Luchino Visconti on a number of theater and film collaborations, including playing a more mature Elisabeth of Austria in Ludwig (1973).

Although Schneider and Delon split in 1963, they reunited on screen for the 1969 Italian-French thriller The Swimming Pool, which further cemented her international success.

The celebrated actress also had her moment of Hollywood fame. She appeared alongside Woody Allen and Peter Sellers in What's New Pussycat? (1965), which was shot in Paris. 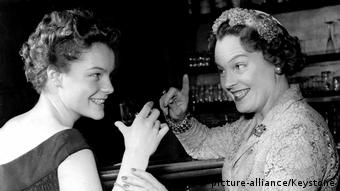 Romy Schneider hails from a family of actresses. She appeared at times with her mother, Magda, pictured right

Schneider was the first recipient of France's prestigious César Award for Best Actress for her role in the 1975 film L’important C’est D’Aimer (That Most Important Thing: Love). She won it again in 1978 with the film Une Histoire Simple (A Simple Story).

Yet despite her professional success, Schneider's personal life wasn't exactly smooth sailing. After her breakup with Delon, Schneider married German director Harry Meyen in 1966 with whom she had a son (the couple later divorced).

Meyen committed suicide in 1979 and their son died in a tragic accident in 1981. In 1977, the actress married her personal secretary Daniel Biasini, with whom she had a daughter. Schneider struggled to find a balance between public and private life towards the end of her career.