It was one of the great literary successes of German postwar literature: "Deutschstunde" was translated into 20 languages. Now adapted into a film, it remains as relevant as ever. 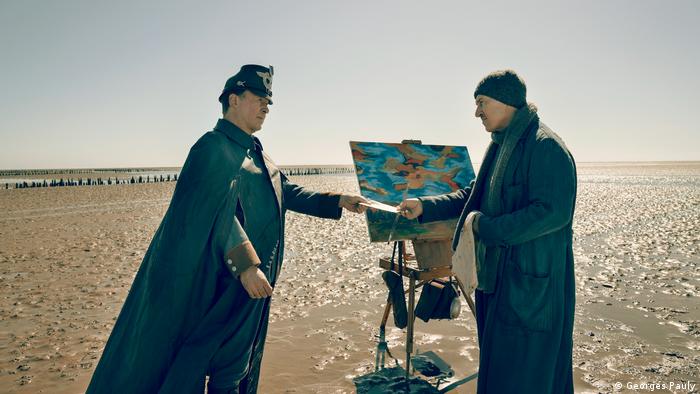 Günter Grass, Heinrich Böll, Martin Walser and Siegfried Lenz: this literary quartet shaped Germany's postwar literature for decades. Even people who weren't into literature had heard of them; Grass withThe Tin Drum, Böll with his novels on German contemporary history, Martin Walser as the chronicler of the late Federal Republic and Siegfried Lenz with his novel The German Lesson published in 1968.

Long seen as the main representatives of "German literature after 1945," these authors had an enormous impact abroad as well. Their books were translated into many different languages and both Böll and Grass won the Nobel Prize for Literature. 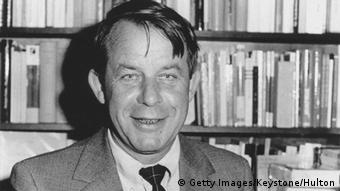 The German Lesson became a bestseller in Germany and abroad. Translated in 20 languages, it became a novel studied in school by millions of students.

The Tin Drum film adaptation won an Oscar in 1980. Böll's and Walser's books were also turned into movies. Three years after the publication of The German Lesson, the novel was adapted into an acclaimed TV movie in Germany. Yet it is only now, half a century later, that The German Lesson is turned into a film for the big screen.

Titled in German Deutschstunde, the film premiered at the Filmfest in Hamburg on September 28, and opens in theaters on October 3, right on German Unity Day, the anniversary of German reunification. Director Christian Schwochow remained true to the book, all while setting his own accents.

The film, just like the book, is set shortly after the end of World War II and tells the story of Siggi Jepsen, an inmate of a juvenile detention center who is required to write an essay on "The Joy of Duty." This leads Siggi to describe his youth in Nazi Germany; his memories are portrayed in the film.

A child must decide: Between obedience and freedom

Siggi grows up in the north of Germany in the early 1940s, which are marked by war and economic hardship. Although the small village is not directly affected by World War II, the boy discovers two opposing world views through his father, Jens Ole Jepsen, a dutiful police officer, and his old childhood friend, Expressionist painter Max Ludwig Nansen.

The police officer is ordered to spy on the painter whose paintings are considered "degenerate" by the Nazis, as they do not reflect the ideals of the regime.

Jens Ole Jepsen tries to get his son to avoid the painter. Siggi feels conflicted: Should he listen to his father or stay true to his fascination for the artist? 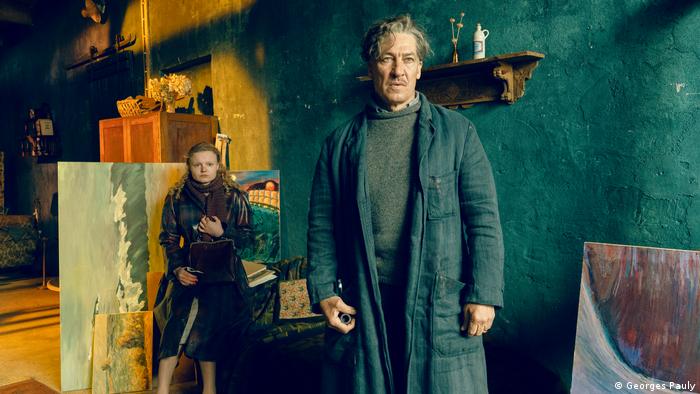 A reflection of a taboo-breaking era

The novel came out at a time when the postwar generation of Germans started confronting their parents about their involvement with the Nazi regime, with the student movement addressing for the first time questions of national and individual guilt.

This is one of the reasons why Lenz's novel was so successful in 1968.

Filmmaker Christian Schwochow feels that The German Lesson is still extremely topical. "Our society is accepting that discrimination and racist ideas are circulating," said the director, adding, "Anti-democratic views are gaining ground in Germany." 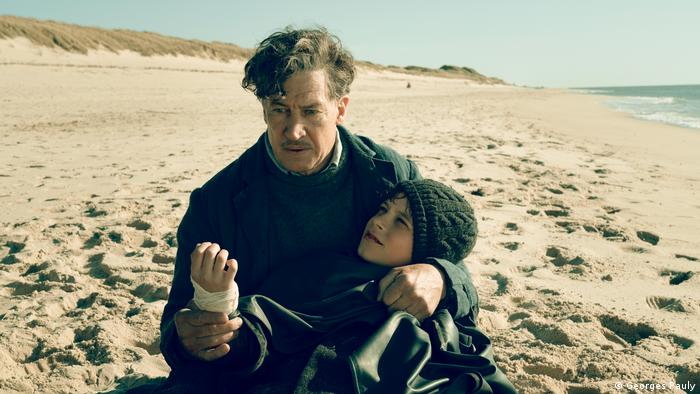 For the director born in 1978, it was important to tell turn the story into a cautionary tale.

Lenz deliberately avoided a naturalistic approach, Schwochow pointed out, as he aimed "to turn The German Lesson into a universal tale." The filmmaker and his mother, scriptwriter Heide Schwochow, aimed to adapt the novel to reinforce its universal aspects and make the story contemporary.

The character of the artist depicted in the novel was inspired by German painter Emil Nolde, whose artworks were also considered "degenerate" and who was banned from working by the Nazis. However, it was uncovered years later that Nolde was also anti-Semitic, and that he also aimed to work for Hitler.

Schwochow, however, didn't want to get entangled in this aspect of the story. "For me The German Lesson is not about Nolde. I was interested in this universal story of two friends and a youth caught in the middle."

Many of director Volker Schlöndorff's films focus on German history, such as "The Tin Drum." He told DW why recent regional election gains for the AfD are just as damaging to the cultural realm as they are to politics. (03.09.2019)

Why Merkel had an expressionist's works removed from the Chancellery

Was Emil Nolde a Nazi painter? Merkel's decision to remove his works from the Chancellery reignites a debate on the German expressionist's art, even though his troubled past is nothing new. (09.04.2019)

Martin Walser may be about to turn 90 but he has no intention of putting down his pen. His latest novel features all the themes he has become famous for – loneliness, love and faith. (13.03.2017)