After strong protests, the publication of Woody Allen's autobiography was cancelled in the US. The book is still scheduled for release in Germany by Rowohlt. Some of the publisher's own authors object. 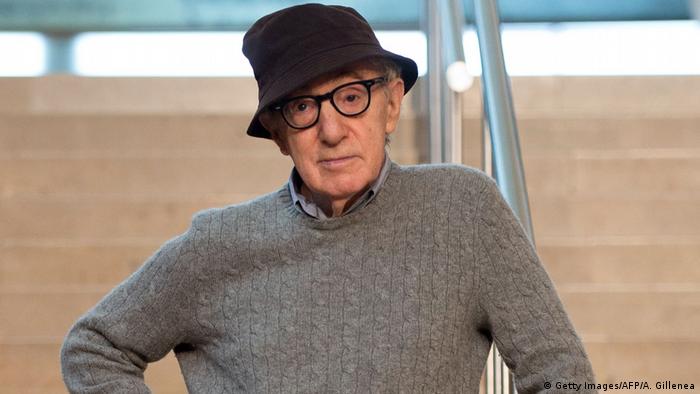 Authors with a high name recognition factor at the Rowohlt Publishing House in Hamburg, including Sascha Lobo, Margarete Stokowski, Till Raether and Sven Stricker, have protested the release of the German version of Hollywood director Woody Allen's controversial autobiography.

"The book of a man who has never convincingly addressed his daughter's allegations should have no place with a publisher for whom we write with pleasure and great dedication," they wrote in a open letter.

While declaring that the authors were not expressly seeking to prevent the book's release, they wrote, "Woody Allen does not lack means of communication. But Rowohlt shouldn't have to support him." 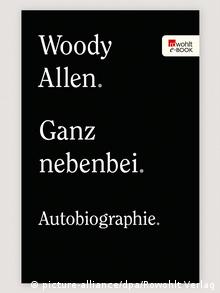 The German version of the Allen autobiography

The expressed concern that the facts in Allen's memoir had bot been properly checked "in accordance with standard practice" ahead of the book's publication. The signatories of the letter see this way of proceeding as "unethical and [it] reveals a lack of concern for the
interests of the victims of sexual assault."

Bowing to massive public protest, Allen's publisher Hachette Book Group in New York has already cancelled his memoir, Apropos of Nothing, scheduled for release on April 7, 2020. One of the major publishing houses in the US, Hachette has stellar authors like David Foster Wallace and J.K. Rowling in its catalog.

A spokeswoman for the publisher called the decision to abort the book's release "difficult," adding, "We take our relationships with authors very seriously, and do not cancel books lightly." But internal discussions had led to the decision that the publication was "no longer viable."

Seventy employees walked out of their offices on March 5 to protest against the book in front of Hachette's office building, accusing management of ignoring the allegations of sexual abuse against the prominent director and most of all, the victims' suffering. 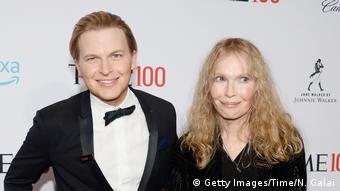 The demonstrators expressed support for Ronan Farrow. The son of Woody Allen and actress Mia Farrow, whose own bestselling book, Catch and Kill, was published by Hachette imprint Little, Brown and Company, lashed out at the publisher's decision to release his father's memoir.

With his research and reports of the sexual misdeeds of Hollywood producer Harvey Weinstein, the 32-year-old journalist had helped initiate the #MeToo movement. Unlike his brother Moses, Ronan has taken his mother's side in her dispute with Allen.

First erupting in 1992 in the battle for custody of their three children, judges at the time had concluded that the allegation of sexual abuse against Woody Allen had not been proven. Farrow had accused Allen of having sexually abused their adoptive daughter Dylan, now 34, when she was seven years old. Allen repeatedly denied the allegations. 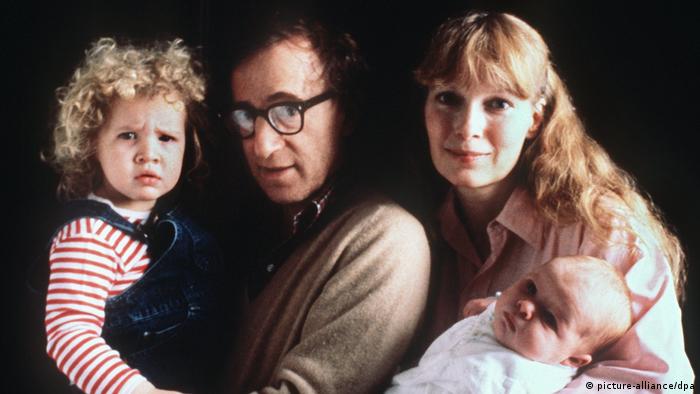 Family photo from happier times: Woody Allen and Mia Farrow with their adopted daughter Dylan (left) and baby Ronan in 1988

Interviewed in Paris in the summer of 2019, Allen was asked whether his turbulent life might not be the material of a thousand-page biography. With typical understatement, he replied, "Absolutely not. It's not interesting enough for that."

Now the controversial memoir has been written, and despite Hachette's cancellation, it is set to be published in different languages — including in German.

There might however be delays: A spokeswoman for Hamburg's Rowohlt Publishing House said on Monday that it was not clear yet whether the April 7 publication date would be met, as Hachette had returned the rights to the author. Rowohlt was clearing up its legal position on the rights, she added.

Woody Allen's estranged, adopted daughter Dylan Farrow has revived claims that he sexually assaulted her as a 7-year-old girl. The prolific filmmaker, now 82, has disclaimed the graphic accusations as "cynical." (19.01.2018)

The American director and funny man Woody Allen has got a new gig: working as a pitch man for the French Tourist Board telling Americans it's time to revive their french love affair (11.06.2003)

Mohammad Rasoulof, who defied a filmmaking ban to direct his Golden Bear-winning film "There is No Evil," faces a one-year prison sentence. DW met his producer, Kaveh Farnam, to discuss the current situation in Iran. (10.03.2020)