Woody Allen's estranged, adopted daughter Dylan Farrow has revived claims that he sexually assaulted her as a 7-year-old girl. The prolific filmmaker, now 82, has disclaimed the graphic accusations as "cynical." 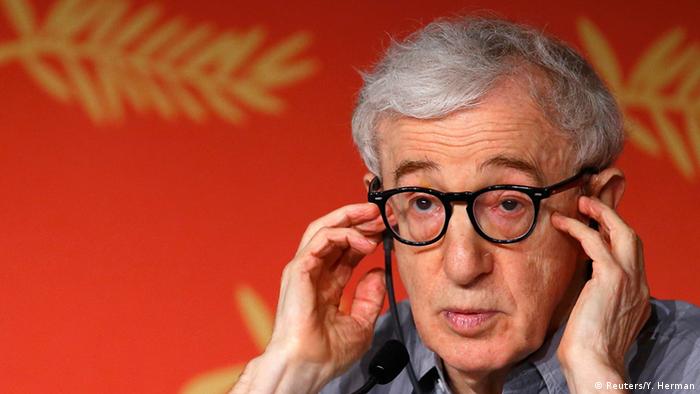 "With so much silence being broken by so many brave people against so many high-profile people," it is time for the world to listen to the claims she has stood by for more than two decades, Dylan Farrow said in a televised interview with CBS.

"He's lying and he's been lying for so long," the 32-year-old said, breaking into tears at a clip of her adoptive father denying the alleged assault.

Farrow said Woody Allen took her when she was 7 years old to a small attic crawl space and instructed her to lay down on her stomach and play with her brother's toy train, while he sat behind in the doorway and touched her private parts. "He often asked me to get into bed with him when he had only his underwear on and sometimes when only I had my underwear on," she added.

'He was always touching me'

Farrow said in the taped interview she wished the case had gone to trial. Back then, the state prosecutor found probable cause to charge Allen but felt Farrow was too fragile and may be traumatized by a celebrity trial.

Farrow first came forward with her accusations in 1992, in the wake of her parents' split after her mother Mia Farrow had discovered that Allen was having an affair with her adopted daughter from a previous marriage, Soon-Yi Previn, who was 21 years old at the time.

Allen, the Oscar-winning director of at least 67 movies, always denied the allegations that were never proven.

He said on Thursday that the alleged molestation had been "thoroughly investigated" by the Child Sexual Abuse Clinic of the Yale-New Haven Hospital and New York State Child Welfare. Both, he said, concluded that "no molestation had ever taken place." 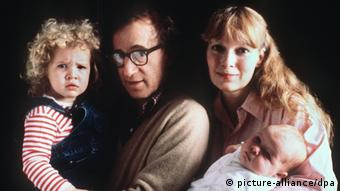 "Even though the Farrow family is cynically using the opportunity afforded by the Time's Up movement to repeat this discredited allegation, that doesn't make it any more true today than it was in the past," Allen, 82, said in a statement.

"I never molested my daughter, as all investigations concluded a quarter of a century ago," he added.

A growing number of actors and actresses have announced they regret working with Allen, and would never do so again.

After Dylan Farrow's interview broadcast, Colin Firth, who starred in Allen's 2014 film "Magic in the Moonlight," told The Guardian newspaper that he wouldn't work with Allen again.

The adopted daughter of Woody Allen has publicly repeated claims that the filmmaker sexually abused her as a young child. The renewed accusations come shortly after Allen received a prestigious award. (02.02.2014)

The actor was already cut out of Ridley Scott's movie, "All the Money in the World." Now, the hit Netflix TV series will be completed without its main star after Spacey was fired over sexual harassment claims. (05.12.2017)