The adopted daughter of Woody Allen has publicly repeated claims that the filmmaker sexually abused her as a young child. The renewed accusations come shortly after Allen received a prestigious award. 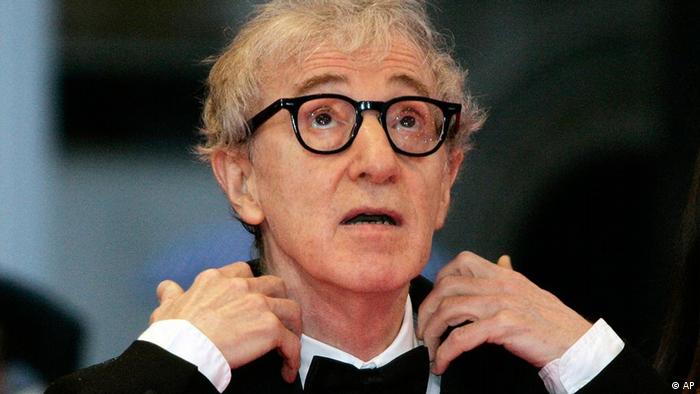 In an open letter published online by the New York Times on Saturday, Allen's adopted daughter, Dylan Farrow, has written for the first time publicly about her allegations that he sexually molested her in 1992 when she was seven.

Farrow, now 28, described how Allen took her to an attic on the second floor of their house to abuse her.

"For as long as I could remember, my father had been doing things to me that I didn't like," she wrote.

The accusations against Allen first surfaced at the time of his breakup with her mother, Mia Farrow, in 1992. Although there was a police investigation, Allen was never prosecuted.

At the time, Allen denied the charges, claiming they were fabricated by Mia Farrow as part of the couple's bitter custody battle.

"This is an unconscionable and gruesomely damaging manipulation of innocent children for vindictive and self-serving motives," he said in a statement.

Dylan Farrow said she was motivated to renew the allegations because of Hollywood's incessant adulation of the filmmaker. The 78-year-old Allen was honored with a lifetime achievement award at the Golden Globes in Beverly Hills last month, and his latest film, "Blue Jasmine," is nominated for three Academy Awards at next month's Oscars, including best original screenplay for the director.

Both Mia Farrow, an actress, and her son, Ronan Farrow, heavily criticized the presentation of the Golden Globes award at the time.

"Missed the Woody Allen tribute. Did they put the part where a woman publicly confirmed he molested her at age 7 before or after 'Annie Hall'?," Ronan tweeted, referring to one of Allen's best-known films.

Mia Farrow later added: "A woman has publicly detailed Woody Allen's molestation of her at age 7. Golden Globe tribute showed contempt for her and all abuse survivors."

Mia Farrow and Woody Allen became a couple in the early eighties, though they never married. They jointly adopted Dylan and her brother, Moses.

The two broke up when it came to light that Allen was having an affair with another daughter adopted by Farrow, Soon-Yi Previn, who was around 19 at the time. Allen was not Soon-Yi's adoptive father.

Soon-Yi Previn and Allen married in 1997 and have two adopted daughters.