You would think musicians only cared about the music they make. But they swear by their tools, especially in dance music. Some embrace software simulations of analog synths. Others only use the real thing. 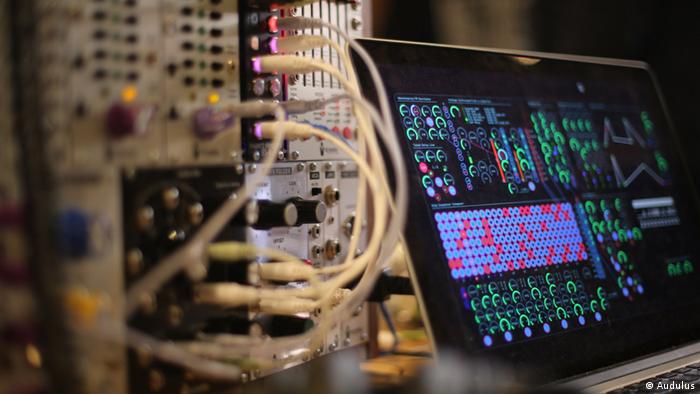 We've been trained to believe that Silicon Valley is nerd central. But that's a bad faith that's snowballed out of reality. Because most of the world's true nerds don't run cloud-based-data-sucking-app-a-ma-jigs. On the contrary, you will find them scattered around the world, holed up in attic studios, with a soldering iron in one hand and a PCB (printed circuit board) in the other.

These are the guys and gals making DIY – sometimes boutique – synthesizer modules for electronic music. You know, the stuff that goes bleep. And what makes them geekier than thou is that they seldom do it for the money. It's for the love of it.

But one thing yet to be decided, at least from where I'm sitting, is whether it's time for these hardware fanatics to finally embrace software – yes, apps – to do the same job. Analog synth events will often ban performers from using computers or tablets, regardless of how the music sounds. In fact, you get kudos for the simplicity of your "Eurorack," - your self-built synth.

But that may be changing as mobile devices and software get more powerful. It's what tech evangelists call democratizing. At the very least, with software, your options seem limitless.

"In the same way when you dive into guitar pedals and you realize the limitations of that platform, you will eventually run into limitations with Eurorack," says Mark Boyd of Audulus, a US company that makes a software-based modular synth. 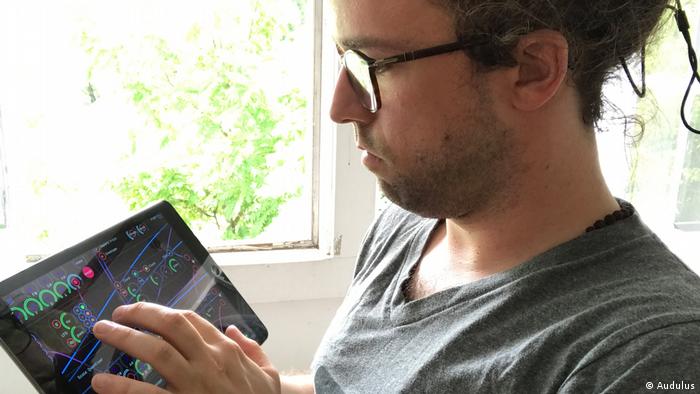 For Mark Boyd of Audulus the possibilities in software are limitless

Eurorack is a hardware modular synth system, where the modules conform to certain sizes. The beauty is you can build a unique synthesizer, fit for the music you want to make. Then you can swap out individual parts and build a different synth in minutes.

A lot of people use a ready-made Eurorack case, like the standard Doepfer A-100.

But you can pop analog synths into almost anything from a lunch box to a beer crate. It can be cheap and dirty, you can even leave them bare, but they can just as easily become as pricey as a pin-striped suit. And that's the number one limitation, says Boyd.

"It's a very expensive hobby to get into. You'd need about 2,000 US dollars [1,708 euros] invested in a system to have something you could take out and make dance music with live," he says. "Audulus gives you more flexibility, and it's an affordable solution for people who want to get into modular synthesis but don't have the money to sink into it."

A machine inside the machine

Soft synths, as they are commonly known, and other software plugins for music have long been staple music tools. There are musicians who make music in the studio or perform live entirely "in the box." 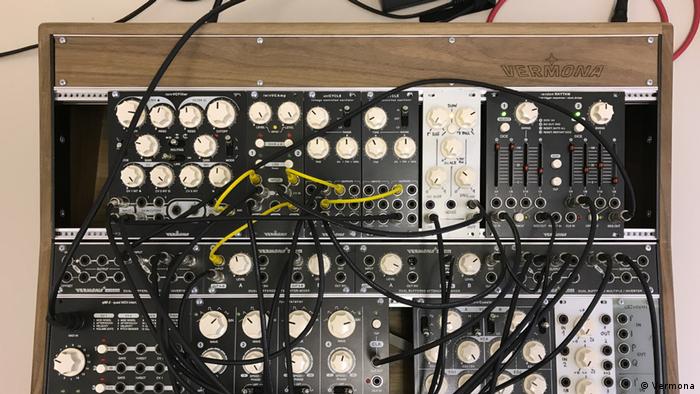 In a different kind of box: a Eurorack-style synthesizer made with Vermona modules

Until Audulus came along, the bulk of soft synths for tablets, phones and laptops were self-contained – soft versions of legendary hardware, like Korg's MS-20 or a Moog Mini. The idea of building a bespoke synth, component by component, even in the soft world, was the preserve of the specialist.

But what's confusing is why you would want to build a machine inside another machine in the first place, one that invariably has you pinching and scrolling. Some of these synths can become sprawling galaxies of nodes.

"Look, everyone will tell you this, but both hardware and software have their merits," says Thomas Haller of Vermona, a German company that makes standalone hardware synths as well as Eurorack modules.

There are producers who are fine working with software. And then there are those who prefer hardware for the very fact that they can hold it in their hands.

"Getting your hands on real knobs and sliders can release a whole different level of creativity," says Haller. "Perhaps it's that your brain reacts differently from when you're just pointing a mouse around a computer screen." 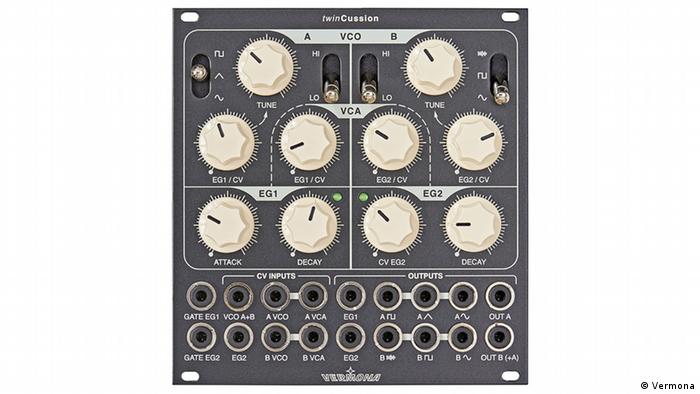 Big knobs: it's all about feel and creativity

If you're new to analog synthesis, it won't make much difference whether you work with software or hardware, or a combination of the two. Either way, you will need to understand rather deep principles of audio technology, like how filters and envelopes work, how to use Attack-Decay-Sustain-Release (ADSR), where to put which cable to patch your components (and in which order), or what the difference is between a voltage controlled amplifier (VCA) and a voltage controlled oscillator (VCO).

If you don't know these basics, you'll have a hard time making any sound at all. That's certainly true, I found, with Audulus. You're not only working with modules, but you're building them too. It's a level deeper and almost requires more knowledge than working with hardware ... which is hard enough.

"Yes, I'd agree. To me, Audulus is a modular modular," says Boyd. "You're working with block diagrams, or nodes, and each node hides a little packet of code and math. But there is a misconception, and you don't need to know a whole lot to get started. Plus there are loads of tutorials."

Okay. But there's one other hurdle: the purists who, much like those in the vinyl-CD-streaming debate, prefer hardware over software because they say it sounds better, warmer perhaps. 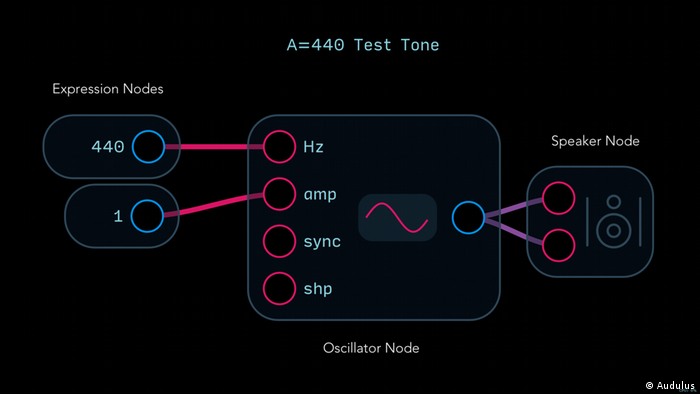 Trial and error: analog synthesis is a steep learning curve, but once you get the basics of electronic sound you're away

Some will buy vintage synths because they were made with a particular batch of a certain chip, such as the Curtis chip, CEM3394, from the 1980s, which was used in the original Doepfer Dark Energy module.

Can software match even such characteristics, the peculiarities of individual transistors and resistors?

"It's certainly possible to emulate [the analog] sounds with software, but it's always going to have a certain repetitive nature," says Haller, "and even if I try to add a randomizer, it's still a programmed kind of randomness. Perhaps that's the difference."

The question now is whether we'll still be able to tell the difference in just a matter of years. Companies like Softube are coming out with virtual versions of Doepfer modules. Is imitation like that a form of flattery or one that misses the point? How the sound purists will react is anyone's guess. It may just send the great geeks back underground in search of whatever chipsets they can find from the 1960s, 70s and 80s. Roll on the good ol' days!

If you ever heard a farty bass on a record and thought, "what is that?" it was probably a Roland TB-303. And it exists because of a Japanese music visionary without whom hip-hop and dance would sound quite different. (03.04.2017)