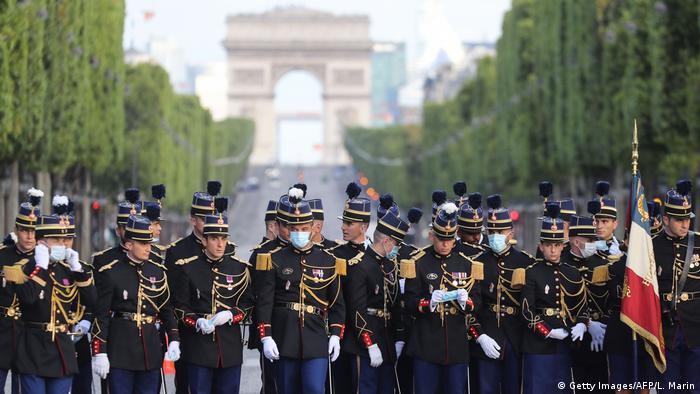 France marked a subdued Bastille Day on Tuesday amid the coronavirus pandemic, with invited foreign dignitaries replaced by guests who helped fight the virus.

Ambulance drivers, supermarket cashiers, medics and post office workers are among those who will attend a stripped-down military parade in Paris' Place de la Concorde.

France's national day, a public holiday, is normally celebrated with large parades, street parties and firework displays. This year's commemoration was set to pay homage to former President Charles de Gaulle and comes 80 years after the historic appeal he made to opponents of France's Nazi occupiers that gave birth to the French Resistance.

The main focus of the day, however, was on honoring the more than 30,000 people in France who lost their lives in the coronavirus pandemic. In addition to emergency workers, the families of many caregivers were invited as special guests along with the health ministers of the four countries that took in French patients when France's hospitals were struggling to cope. Germany's Jens Spahn joined the health ministers of Austria, Luxembourg and Switzerland.

At the end of the ceremony, 30 civilian and military medical staff were applauded as they stood around a giant French flag.

"This ceremony will be the symbol of the commitment of an entire nation,'' French President Emmanuel Macron said in a speech to military officials Monday. "It will also be the symbol of our resilience.''

The day marks the anniversary of the storming of the Bastille fortress on July 14, 1789, during the French Revolution. 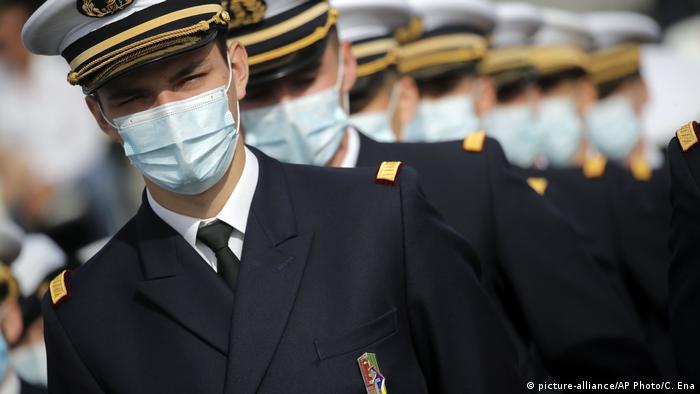 The celebrations in Paris were set to be more small-scale

People dissatisfied with France's handling of the pandemic planned to use the day to protest Macron's government. Medical workers and others criticized mask shortages and cost cuts that saw France become one of the worst-hit countries in the world.

Protesters announced they would march to the Bastille plaza, as a homage to those who stormed the former royal prison.

While the main celebrations remained small, fighter jets above the military parade were set to be joined by helicopters that transported COVID-19 patients.

Macron was also scheduled to give a television interview after the parade to lay out his path forward for the rest of his term as president. The centrist politician has faced criticism for his handling of the pandemic and several of his ministers are facing an investigation into possible mismanagement of the crisis.

Paris reawakens — these sights can be visited again

Bars, restaurants, and hotels are open again: Paris is emerging from its coronavirus lockdown-induced slumber and the first tourists are returning. Many sights can be visited again, but by far not all of them. (25.06.2020)