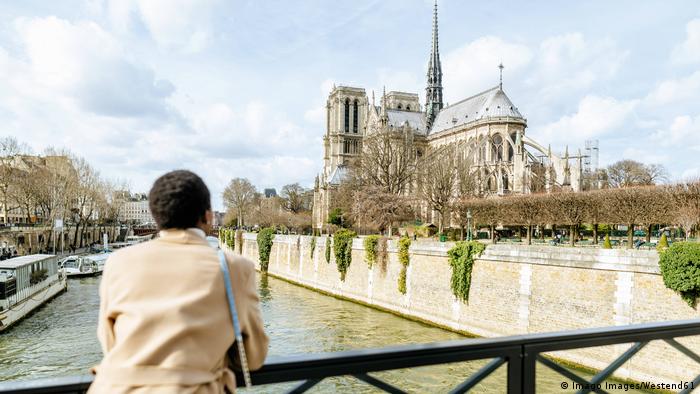 French President Emmanuel Macron on Thursday gave his blessing for the reconstruction of the spire of Notre Dame cathedral in Paris after the structure was destroyed in a fire last year.

The spire will resemble its original form, marking a change of heart for Macron who previously proposed that the spire should be replaced with a work of modern architecture. He changed his mind after consultations and an advisory opinion from France's National Commission on Architecture and Heritage, according to the Elysee Palace.

The cathedral's chief architect, Philippe Villeneuve, also called for the 96-meter (315-foot) spire to be rebuilt as it was.

The 19th-century gothic structure, set atop the 13th-century church and designed by French architect Eugene Viollet-le-Duc, will now be rebuilt to resemble its former structure after months of debates. According to opinion polls, the French public also supports the reconstruction of the spire as it formerly was.

Macron says he hopes to have the restoration complete in time for the 2024 Olympics in Paris. "The president trusts the experts and approved the main outlines of the project presented by the chief architect which plans to reconstruct the spire identically," the Elysee said.

Culture Minister Roselyne Bachelot earlier told a French radio station that "there was a large consensus in public opinion and among those deciding" for the spire to be rebuilt as it was.

A slow start to work

In June, workers began removing tons of metal scaffolding that had melted together during the fire that destroyed the structure's roof and spire. The formal reconstruction process is tipped to begin in January 2021, once a consolidation phase is over, said archbishop of Paris, Michel Aupetit. 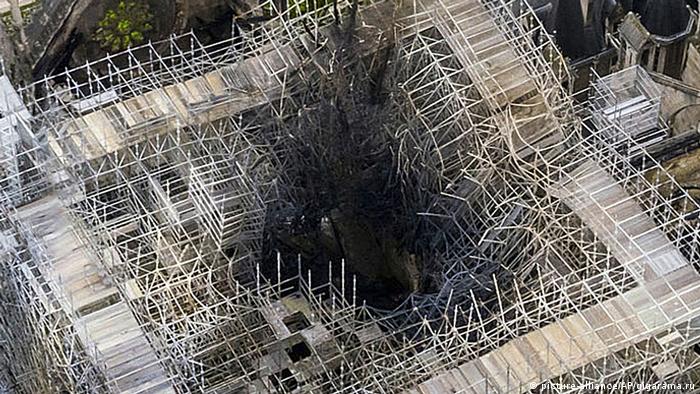 The process has faced many delays, first due to weather and concerns over lead pollution, then over the coronavirus pandemic. The spire was added in the mid-1800s to replace a medieval one that was removed in 1786.

Last November, the army general that Macron had put in charge of the reconstruction effort had a very vocal row with Villeneuve, adding to the delays on a decision about the structure.

Meanwhile, four Greenpeace activists climbed a crane used to work on the cathedral and unfurled a giant banner to demand the French government take greater action to address climate change. Greenpeace France head Jean-Francois Julliard said that the activists "did not touch the cathedral" and that their protest posed "no risk".

The roof of the cathedral was set ablaze amid restoration works in April 2019, sparking a wave of social media sympathy and donations to its reconstruction.

Although the coronavirus lockdown in France is still underway, construction work on the iconic cathedral will soon restart. President Macron aims to reopen Notre Dame to the public in five years. (27.04.2020)