Notre Dame cathedral fire could ease France′s shortage of artisans | Europe | News and current affairs from around the continent | DW | 13.10.2019

Restoration work on Paris' iconic cathedral has yet to begin six months since the fire, but some good has come of it. Now more people are taking an interest in learning the skilled trades needed to rebuild Notre Dame. 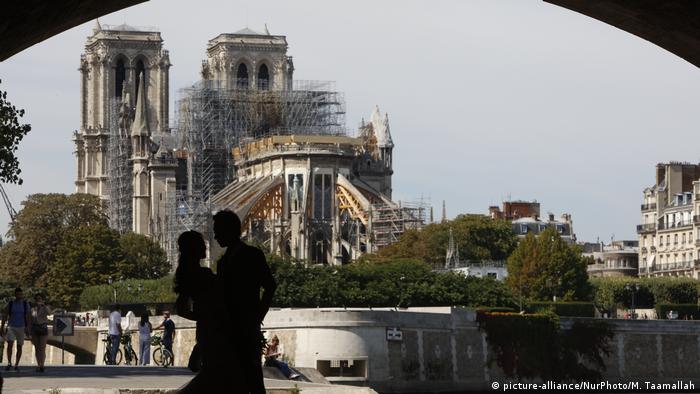 When Guillaume Auzeray first heard about the fire at Notre Dame Cathedral on the night of April 15, his mind went blank in shock. Only once the flames had abated a little had Auzeray managed to gather the strength to go see it with his own eyes, staring silently at the burning building for over an hour.

"It was such a visceral pain, like watching someone die," he said. Auzeray had always felt a special attachment to the building, which many see as a symbol of France. He had visited Notre Dame every weekend as a child, and his favorite book was Victor Hugo's The Hunchback of Notre Dame. "The fire reminded me of the Greek word 'ananke,' which is one of the main concepts of Hugo's book and means 'destiny,'" he explained. 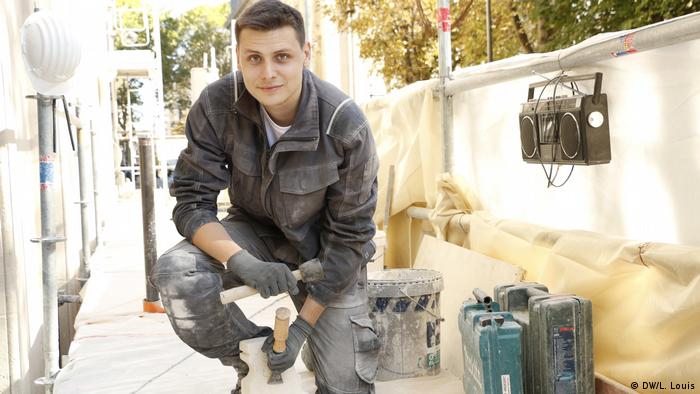 The next day it all came together in his mind. "I had been playing with the idea for a while, but the fire was the final straw that convinced me to become stonemason," said the 24-year-old, who was a student of art history at the time. "Notre Dame is part of France's vast architectural heritage, and many of our country's old buildings are in dire need of restoration. I want to do my bit to help."

Auzeray is one of 100 people who started training as stonemasons at Les Compagnons du Devoir, France's organization of craftspeople and artisans, in September. That's 10% more than the previous year, says Les Compagnons spokeswoman Elsa Fontanille.

"The fire was a watershed moment for quite a few of our new students," she said, adding that the number of students in other skilled trades needed for the reconstruction of Notre Dame had also increased — by up to a fifth compared to 2018. Those include roofing, carpentry and masonry.

Hundreds of craftspeople will be needed for Notre Dame's restoration, which President Emmanuel Macron promised would be completed within five years. "We are a people of builders. [...] And we will rebuild the cathedral even more beautifully," he said in a televised address to the nation shortly after the fire. 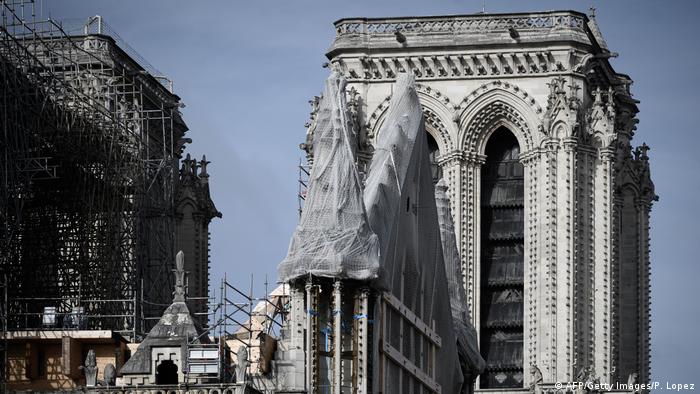 The fire destroyed most of the roof, damaged the upper walls extensively and caused the spire to collapse.

Experts have called the government's five-year target into question, saying that 10 to 15 years are more realistic given the complexity of the task.

In any case, the government wants trainees to be involved in the reconstruction effort. Days after the fire it announced plans to start training centers for skilled trades across the country. The "Chantiers de France," or construction sites of France, would be located next to historical buildings under restauration. The most prominent site would be set up at Notre Dame. Apprentices would be able to join a team of fully trained professionals there for short amounts of time. 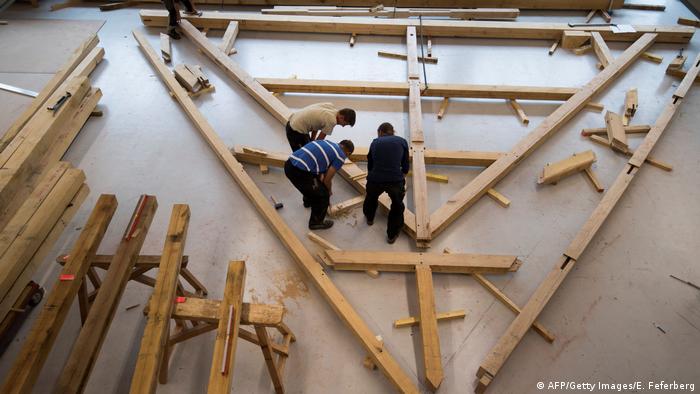 That's extra motivation for Joseph Day. The 16-year-old is one of 500 carpenters who started their training this year. As in Auzeray's case, the fire was a tipping point for him.

"I felt so grieved by the incident that I instantly emailed one of the heads of Les Compagnons to express my sorrow and share it with the carpenters' community to which I wanted to belong," he explained.

Day says he would be thrilled to be part of rebuilding Notre Dame: "It would be such a formidable learning opportunity!"

Frederic Letoffe hopes that kind of enthusiasm will become more widespread — beyond Notre Dame. He is co-president of the Groupement des Monuments Historiques, a group of 200 companies specialized in restoring historical monuments.

"The problem won't be to find a few hundred craftspeople across France to reconstruct Notre Dame," Letoffe said. "The real issue is a general lack of craftsmen, which has been getting more severe over the past few decades. That threatens the very future of skilled trades in France." 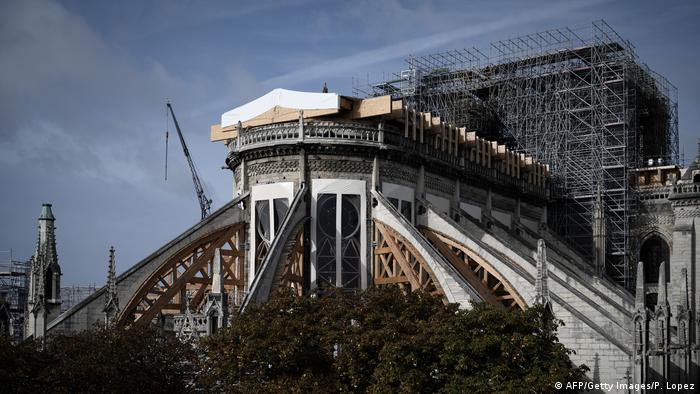 The cathedral is set to become a training ground for artisans

Letoffe puts it down to the bad image that trades have in France. "They are regarded as the path of failure for people who are not capable of going to university."

Les Compagnons' Fontanille says that bad image is a contradiction. "Many people regard buildings like Notre Dame as noble but not the jobs of people who construct or restore them. And yet, these skills can be very technical and should be valued and admired."

Soon-to-be carpenter Day couldn't agree more. "I think it's great to be working with your hands, and learning a craft can be a good alternative for people who don't want to go to school for that long and are eager to start working."