He's starred in over 200 roles and his on-screen characters — often rogues and villains — are notorious. At 90, German actor Mario Adorf remains a much-loved screen legend.

Yes, he was the murderer of Winnetou's father and sister (Winnetou was the popular fictional Native American hero). And, to this day, many viewers have never forgiven him for that. But controversy was never far away from many of Mario Adorf's characters, whether it is beating up his foes, or even assassinating them. He was loud and brash, hard and foul-mouthed. And yet, he is much adored by audiences far and wide.

Mario Adorf — who celebrates his 90th birthday on September 8 — is quite the phenomenon. He is certainly not the only actor who has accompanied film and television audiences through the decades, but who else can claim to have been part of postwar German film — often mocked as "grandpa's cinema" — as well as inspiring the work of contemporary directors such as Rainer Werner Fassbinder and Volker Schlöndorff? 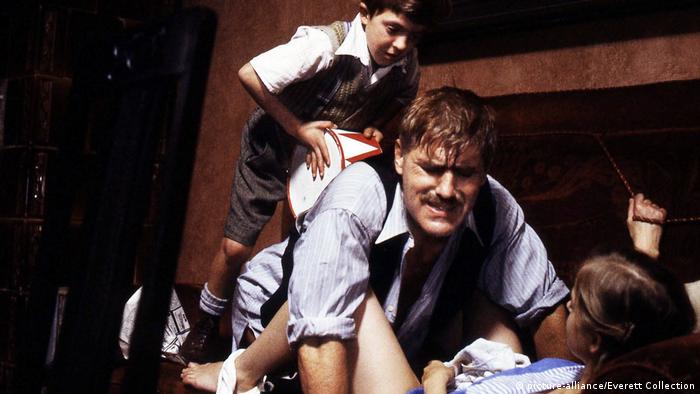 Adorf, a man of the world

From Italian spaghetti westerns and classical Italian mafia flicks to big-budget Hollywood productions and European art-house films — Adorf has graced the lot. However, the multifaceted actor is hardly looking back, remaining active on the stages and sets of the world.

Mario Adorf was born in Zurich, Switzerland, to a German mother and an Italian father, and grew up in the Eifel, a mountainous region in western Germany. His mother was a radiographer, and his father a surgeon. The young Mario would go on to study criminology.

He broke off his studies to become a stage actor, before turning to film. In 1957, he played a killer in the classical movie Nachts, wenn der Teufel kam (The Devil Strikes at Night) directed by Robert Siodmak — who had by now returned home from Hollywood. The film would become his breakthrough. The role, however, also type-casted the young actor to playing rogues, villains and gunslingers.

"When reading the scripts, I tend to find the role of the villain interesting," he confessed early on in his career. "It's not that I love the bad guys as people or characters, but I know how they come across. And that's why I lend them my body, my face."

It was his role of Santer, however, which brought him notoriety in 1963. From then on, he portrayed the villain in many spaghetti westerns, and Italy became his second home, personally and professionally. Adorf also acted in a number of Italian mafia films. 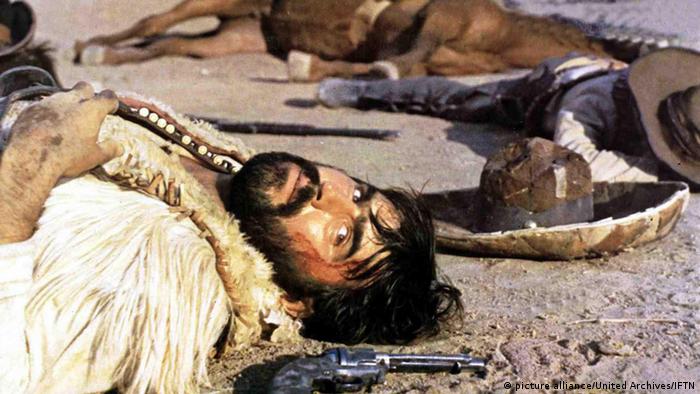 Mario Adorf starred in countless spaghetti westerns, like 'The Specialists' (1969)

He returned to German cinema during the inspired era of filmmaker Rainer Werner Fassbinder. His most memorable performances include in Lola, directed by Fassbinder, in Die Verlorene Ehre der Katharina Blum (The Lost Honour of Katharina Blum) by Schlöndorff, and in Die Blechtrommel  (The Tin Drum).

A trip to Hollywood proved less successful: He starred in the western Major Dundee by Sam Peckinpah, however his role was later edited out almost completely.

Adorf had more luck working with European directors, such as Claude Chabrol, Damiano Damiani and Billy Wilder, plus ambitious TV directors such as Helmut Dietl and Dieter Wedel. 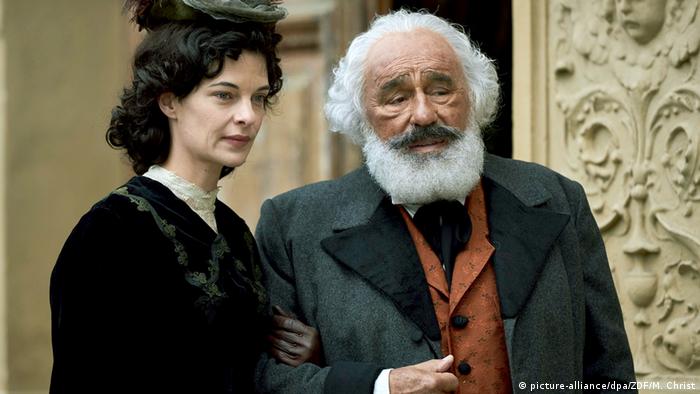 In various German television productions, Adorf was able to put his full spectrum of talents to the test, playing businessmen, gaffers and egocentric maniacs.

Once asked about his multicultural roles, he replied that the concept of being a European did not mean much to him, specifying, "I resist a little against the easiness with which people talk about 'Europeans.'"

Yes, he was born in Switzerland, grew up in Germany, and lived in Italy with a French woman. Nevertheless: "If all that were so easy, then all these countries would long since have been replaced by a single state of Europe — but obviously, it's not that easy," he opined.

Although he has spent most of his time in recent decades in his home in St. Tropez, he has always maintained a love for his home region in the Eifel — a place he visits regularly.

In spite of his successful career, the term "movie star" does not quite fit this actor, who appears both genial and modest. But undoubtedly, Mario Adorf remains one of the most outstanding performers in European film and television.

Mario Adorf: A selection of films

The legendary German actor is famous for playing rogues in westerns — but also for his performances as a loving grandpa.

Computers collect data and use it to restructure the world. How free are algorithms from stereotypes, prejudices, racism and sexism? Who profits, and who faces additional discrimination? And: Does AI really make the world fairer? Doubts are allowed!