"Labyrinth of Lies," a film dealing with post-war Germany, is one of the nine films selected from the 81 eligible submissions for Best Foreign Language Film at the Academy Awards this year. 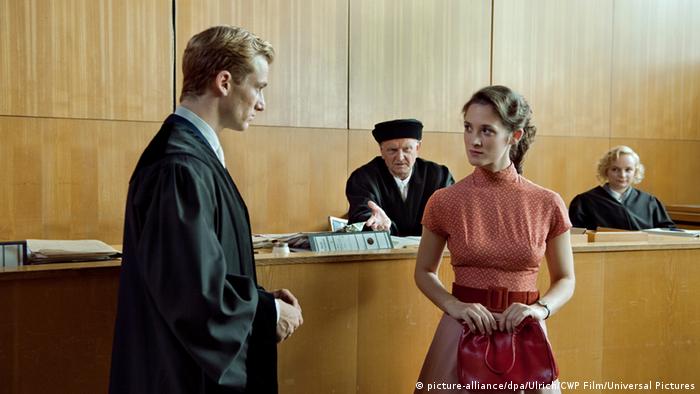 Among this shortlist of nine films, a selection of five foreign film nominees will be made public on January 14, 2016.

"Labyrinth of Lies" deals with a relatively uncovered chapter of German post-war history: the Auschwitz trials in Frankfurt.

The main protagonist of the film is a fictitious public prosecutor, Johann Radmann - in real life, Joachim Kügler (1926-2012). Georg Friedrich Vogel (1926-2007) drove the investigations. Despite political and social opposition in Germany in the 1950s, they embarked on a search for the truth surrounding the Nazi atrocities committed at the Auschwitz concentration camp.

Alexander Fehling, in the lead role, received the Bavarian Film Award for Best Actor in 2015.

Also on the shortlist is "Son of Saul," a Hungarian film by Laszlo Nemes on the Holocaust showing uncompromising depictions of the gas chambers of Auschwitz. It was the runner-up Grand Prize at the Cannes Film Festival.

The other foreign films to make the shortlist are:

- Colombia, "Embrace of the Serpent," by Ciro Guerra;

Hollywood has another reason to celebrate itself. Los Angeles has finally given the green light for a museum dedicated to the Oscars, the most prestigious award in the industry. (25.06.2015)

Body painting is in fashion - does it appeal to you?

People have been applying colorful paint to their bodies since the beginning of time to enhance beauty or as war paint. These days body painting is enjoying a popularity surge. What are your thoughts on body painting?