The movie "3 Days in Quiberon," directed by Emily Atef, portrays the star of the "Sissi" trilogy in a period of crisis towards the end of her life. Here's a look back at Schneider's most memorable roles.

Depicting a cinema icon onscreen is definitely challenging — even more so when the star in question has revealed her charm and charisma in countless films and photos and left her singular mark on European cinema of the 1960s and 1970s.

The film "3 Days in Quiberon" actually manages to achieve this seemingly impossible feat. Director Emily Atef, who's been living in Germany since 2001, has French, German and Iranian roots, and her international background perhaps contributed to helping her portray Romy Schneider from a fresh perspective.

The movie, which premiered at the Berlin International Film Festival in February, is out now in Germany and will be out in French cinemas in June.

Not a film about Romy Schneider's career

The movie is set in Brittany, France, and focuses on three days during the last year of Romy Schneider's life. It's therefore not a typical biographical work covering the life and career of the actress. "It was a conscious decision not to do a biopic. I didn't want to tell the story of her life, but rather concentrate on three day in Romy's life," the director said about her narrative concept.

The three days Atef picked are however extremely well-documented. During her stay at a health spa in Quiberon in 1981, Romy Schneider invited reporter Michael Jürgs and photographer Robert Lubeck, a friend of hers, for an interview for the German magazine Stern. Schneider also had a close friend of hers to be there, a person whose name and story were changed for the film.

"3 Days in Quiberon" follows these four people meeting through interview sessions and photo shoots, or while they're all spending time together or in pairs at the beach, at a restaurant or the hotel bar. 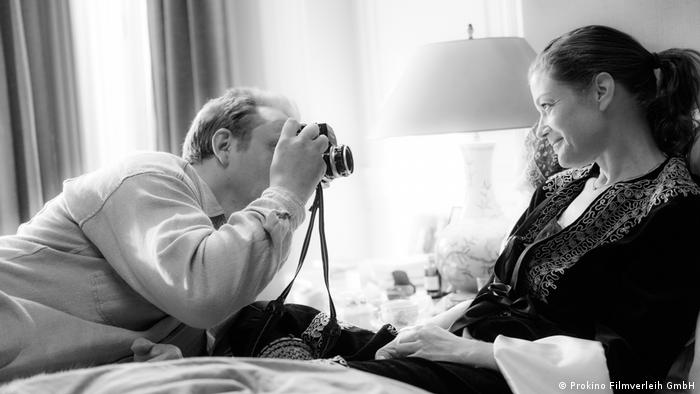 Did it all happen exactly the way it is shown in the film? "The point was not to exactly reproduce what happened between those people during the three days in Quiberon," said Atef. She rather wanted to provide context to their situation. Reality inspired her to create her own story, the film director explained. Her work however remains very true to reality for two reasons.

For one, the hotel in which Romy Schneider met with the journalist and photographer still exists today. It has barely changed, and its surroundings haven't either. There was therefore little change to the film location.

The other reason is that the meeting was extremely well-documented through Robert Lebeck's photos. While 20 of them were published in Stern magazine at the time, the director had access to Lebeck's archive to prepare her film. Nearly 600 photos were shot over the three days. Like those photos, the film is shot in black-and-white, realistically reproducing the atmosphere of the time. 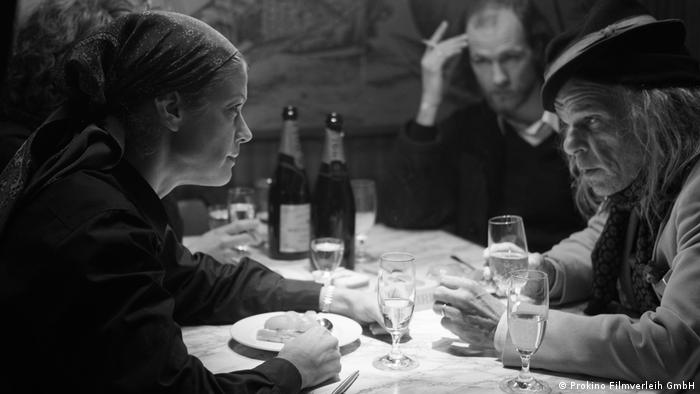 A wild night in town during rehab: Romy and a bar guest (Denis Lavant)

Romy Schneider: between freedom and self-destruction

The 2018 film offers a very intimate portrait of this exceptional actress in 1981, a person trying to find balance between public and private life, between tabloid news and intimacy. This is also a central question of the film: How should a star reveal herself publicly?

"Romy was completely free while constantly craving publicity and recognition," said Atef. She had a penchant for self-destruction; she also faced existential questions at that point in her life: "Am I a good mother? How can I manage to bring everything together? How can I function?" pointed out the filmmaker. 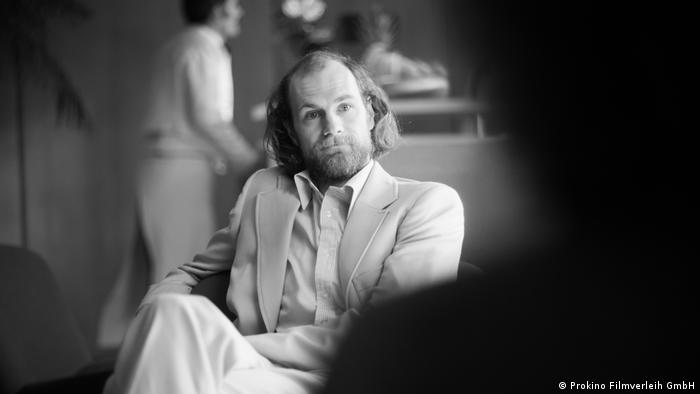 Not a sympathetic figure in the film: Robert Gwisdek as Stern reporter Michael Jürgs

Atef does not see "3 Days in Quiberon" as an homage to Romy Schneider either, but rather as a "snapshot of a period in her life, in which she manages for a moment to free herself from a massive crisis." Still the film is definitely an homage, in the most positive sense of the term, as the director has created a respectful and loving portrait of the famous woman.

That certainly wouldn't have worked so well without actress Marie Bäumer in the lead role. Because of her resemblance to the film legend, Bäumer, born in 1969 in Dusseldorf, had already been asked to embody Schneider in the past. The actress had always refused to take on the roles.

A woman in crisis, who happens to be a star

It was the concept created by French producer Denis Poncet, who died during the pre-production of the film, that managed to convince Bäumer. "'3 Days in Quiberon' is not an interpretation of the actress or of the Romy Schneider myth, but rather the portrayal of a woman at the end of her life, condensed in three days — and the woman just 'happens' to be a world star," said actress Marie Bäumer of the film. 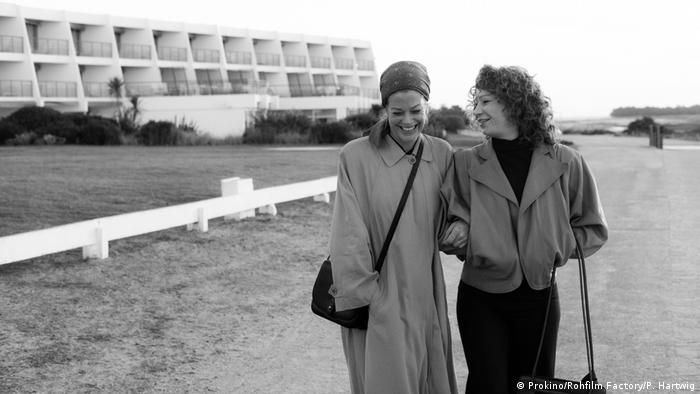 Hilde (Birgit Minichmayr) is also there to support her friend

This might sound like a distinction without difference — and it doesn't really matter either. What does count is that "3 Days in Quiberon" is an outstanding film, featuring superb acting and photography. It tells a story that is bound to satisfy Romy Schneider fans as well as those who only want to see a "portrayal of a woman" in a period of crisis in film.

Remembering the legacy of Romy Schneider

In "3 Days in Quiberon," Marie Bäumer plays Romi Schneider, who gave her last interview during a stint in rehab in 1981. Here's a look back at Schneider's most memorable films. (11.04.2018)

Screen legend Gina Lollobrigida, one of Italy's most celebrated actresses, turns 90 on July 4. Her career paved the way for many, including her rivals. Here's a look at 10 timeless European icons. (03.07.2017)