Your cat is killing the Earth - but you can prevent it | Environment | All topics from climate change to conservation | DW | 08.08.2017

Your cat is killing the Earth - but you can prevent it

DW encourages their human companions to protect the planet we all share. From carbon pawprint to waste to wildlife - it is in our hands to take up better practices. 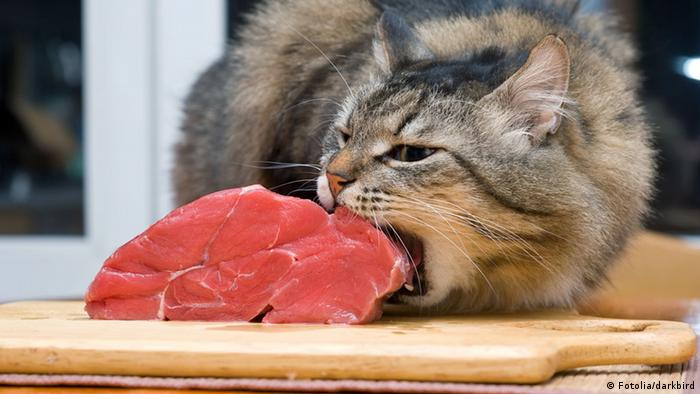 Your cat's sweet purring and loving, contented looks won't change the fact that it's guilty for the planet's suffering - just like we are.

A recent study confirms that pets' meat-based diet has a fatal impact on the climate, due mainly to high carbon dioxide emissions. In addition, our loyal friends are big resource consumers and waste creators.

The situation is particularly worrisome considering the paradigm shift in the human-pet relationship in emerging economies such as China.

So is it possible to love and respect your pet, while still protecting the planet? 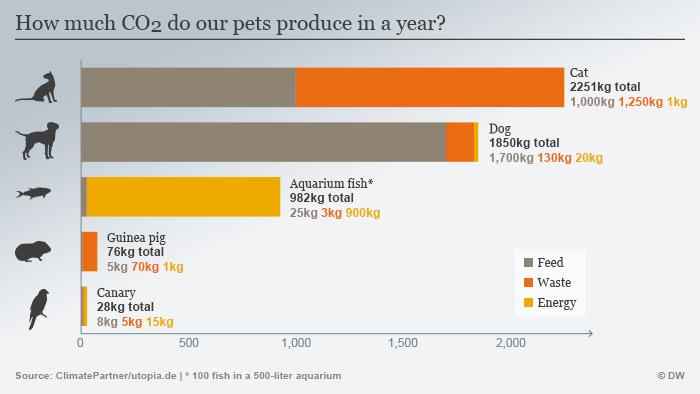 Cats and dogs are responsible for 25 to 30 percent of the environmental impact of meat consumption in the United States, according to a new paper.

To better understand these numbers: a country made up only of US cats and dogs would rank fifth in the world in meat consumption - behind only Russia, Brazil, the United States and China, the author calculated.

Although meat is essential for nutrition of these animals, we might be spoiling them - and with them, our planet. About 54 percent of dogs and 59 percent of cats in the US are overweight or obese, according to the Association for Pet Obesity Prevention.

And after eating, we all know what comes next. Pets in the US alone produce as much feces in a year as 90 million humans. 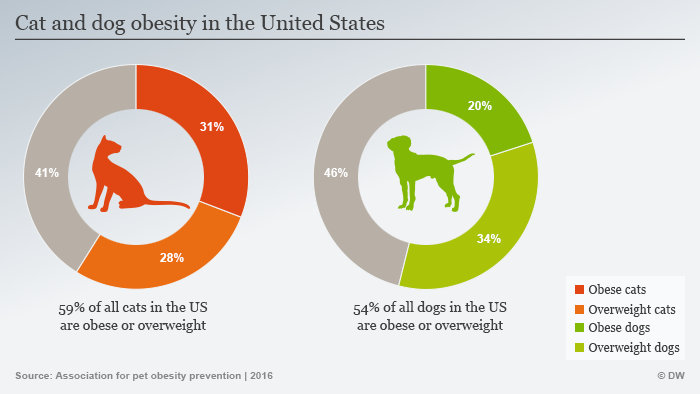 A walk on the wild side

In Germany alone, around 2 million cats are ownerless - and countless housecats are given free rein outside.

Marius Adrion, part of the team for bird protection with the German Nature and Biodiversity Conservation Union (NABU), underscores this risk.

"There is a clear influence of cats into birds' population," Adrion told DW. Above all, he said, this is a key issue for regions with flightless birds.

A 2013 study found that cats kill billions of animals in the US each year, and represent a major threat to wildlife. Cats have contributed to species extinction - especially on islands. And the worst threat is from feral cats, the study concluded.

The UK charity Cats Protection points out that despite cats being naturally predatory animals, they're still not the primary cause of bird loss in the UK. But doubts still exist on the full impacts of cats' hunting. 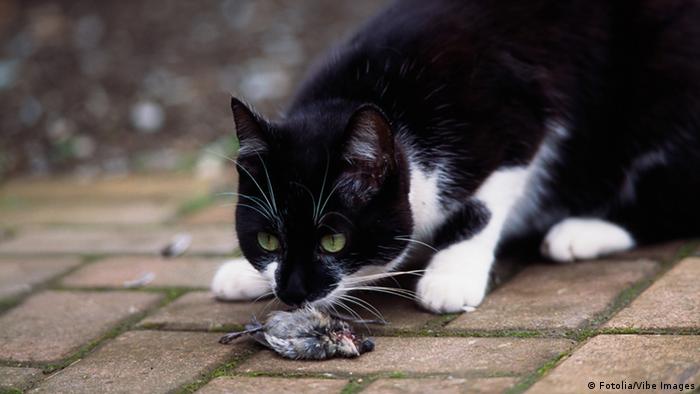 Cats are natural predators - how to prevent their hunting instinct from decimating biodiversity?

"Cats tend to kill weak and sickly birds - so it is not clear whether cat predation replaces other forms of death, or is in addition to natural death," Sarah Elliott, central veterinary officer with Cats Protection, said in a press release.

In the same vein, the UK's Royal Society for the Protection of Birds (RSPB) believes that most of the birds killed by cats would have died anyway before the next breeding season.

But if proven differently, the impact could be much serious as gardens are a key breeding habitat for declining birds, the RSPB warns.

How to become an eco pet-owner

Now that you are aware of the trail of destruction your little companion leaves behind, what can be done to reduce both the impact on the local ecosystem and the carbon pawprint of your cat?

Allowing cats access to the outside world is very positive for cats' mental health - but it can be done more consciously. Cats Protection recommends keeping cats indoors during the early morning and evening, when prey species are most active. 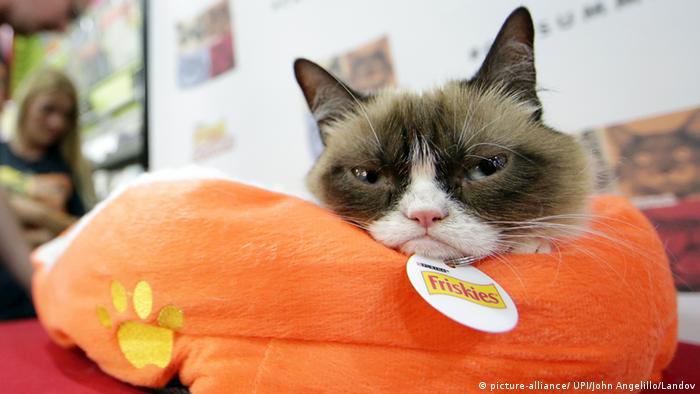 Love your cat, but don't spoil it - for the sake of the environment

Adrion agrees. "Owners have to be particularly careful and avoid letting them go out in May, June or July - particularly during mornings," he said.

At that time, chicks that still cannot fly are extremely vulnerable.

Above all, neutering cats is a basic requirement to avoid overpopulation and strays, all experts agree. Moreover, spayed and neutered cats tend to stay closer to home.

Reducing the CO2 emissions is more of a challenge.

A vegetarian diet is not an option for a cat - owners can, however, switch to organic feed - which supports biodiversity and reduces pollution since it avoids pesticides - and more environmentally friendly packaging. They can also avoid using hot water for cleaning the litterbox - and above all, buy compostable cat litter.

As with all our resources, reducing consumption is the first step. Thinking twice to avoid overfeeding and reduce waste can be a good starting point.

And what better day to start than International Cat Day!

The dead cat drone with an eco message

When his cat Orville died, Dutch artist Bart Jensen wanted something to remember him by. Soon, the deceased family pet had taken to the skies carrying a message about the absurdity of technological progress. (28.02.2017)

Living Planet: Birds do it, bees do it